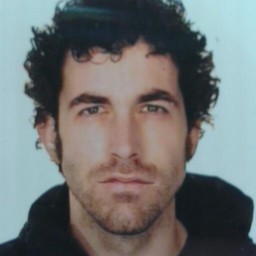 The initial response to the 1918 outbreak was to play it down, and later efforts at disinfection and social distancing proved insufficient to stop the spread of a disease that killed over 147,000 in Spain in one year

More than 100 years ago, when a new flu-like disease emerged, the initial response in Spain was to laugh it off.

On May 22, 1918, the front page of the Spanish newspaper ABC reported on a new illness, described as similar to the flu but with milder symptoms. That same month, Madrid held its annual San Isidro festivities, providing the perfect conditions for mass contagion. The new flu was lightheartedly christened Soldado de Nápoles (Soldier of Naples) after a song in a popular operetta of the day which, like the new disease, was extremely “catchy.”

With World War I still raging, countries involved in the conflict did not report on the disease to keep morale up and avoid providing the enemy with an edge. But Spain, which remained neutral in the conflict, was free to flag it up, which is why the 20th-century pandemic, which killed more than 50 million people worldwide, was nicknamed the “Spanish flu” even though its origin was not in Spain.

In 2008, when the threat of another impending pandemic was cause for concern among virologists and epidemiologists, Antoni Trilla, the current head of epidemiology at Barcelona’s Clínic hospital, published an account of the 1918 influenza pandemic that shows both significant differences and stunning similarities with today’s coronavirus crisis. As with the current virus, the situation in 1918 was exacerbated by the fact that it was not immediately taken seriously, and the erratic response by health officials eroded their authority in the eyes of citizens and the press, which questioned the government’s every decision.

Initially, the new flu was lightheartedly christened Soldado de Nápoles, a popular song which, like the disease, was extremely “catchy”

And just like today’s coronavirus, the influenza outbreak showed no respect for hierarchies, with both King Alfonso XIII and the head of government, Manuel García Prieto, falling ill.

In 1918, half of Spain’s inhabitants were illiterate and the infant mortality rate was twice that of today’s poorest countries. Yet many measures implemented to contain the epidemic were similar to those being employed today. Universities and schools were closed, and rail travel was controlled, with disinfection teams deployed along railroad lines in an effort to contain the spread of the virus. There were also local authorities who were reluctant to impose restrictions; the mayor of Valladolid, for example, dragged his feet when it came to cancelling the fiestas in September, fearing the financial impact on the city’s business fabric.

Similarly, there was little that doctors could do apart from helping the sick to survive, although the techniques were much more rudimentary. Several experimental vaccines were tested without success, and some doctors even tried bloodletting despite the fact that such a practice had been discredited for a century. “The Spanish began to wonder if doctors and scientists had any clue about what was going on,” writes Trilla.

With science failing to provide any answers, many turned to God. In Zamora, one of the hardest hit provinces, Bishop Álvaro Ballano told his flock that “the evil that is hanging over us is a consequence of our sins and lack of gratitude, and that is why the vengeance of eternal justice has fallen upon us.”

To placate God, he organized one Mass after another in the provincial capital’s cathedral, probably facilitating the spread of the virus, and he confronted the health authorities which sought to ban them. In this respect, times have changed and bishops are not only respecting the advice from the health authorities but also making sure it reaches the faithful, limiting attendance at funerals to immediate family members.

The evil that is hanging over us is a consequence of our sins and lack of gratitude, and that is why the vengeance of eternal justice has fallen upon us

The first stage of infection in 1918, equivalent to where we are with the coronavirus, was in fact not the most deadly. With the arrival of summer, the epidemic subsided, but in the fall it returned with a vengeance. The health system was overwhelmed, and at a time when many people were still living in the countryside, rural doctors were scarce; when they died, they were rarely replaced. Then as now, volunteers were recruited from among medical students.

The official death toll of the 1918 flu in Spain, a country of just over 20 million inhabitants at the time, was terrifying. In 1918 it killed 147,114 people; the following year, it took 21,245 lives and in 1920, it killed 17,825. The epidemic lasted three years and it particularly targeted people in their 20s who were completely healthy.

Trilla writes that the supply of coffins in some Spanish cities ran out, and the mayor of Barcelona asked for the army’s help in transporting and burying the dead. This has not been the case yet in Spain, but it has in Italy, which is a week ahead in terms of the evolution of the pandemic. On March 18, dozens of coffins in the local cemetery in Bergamo were loaded onto army trucks to be taken to less affected areas for cremation.