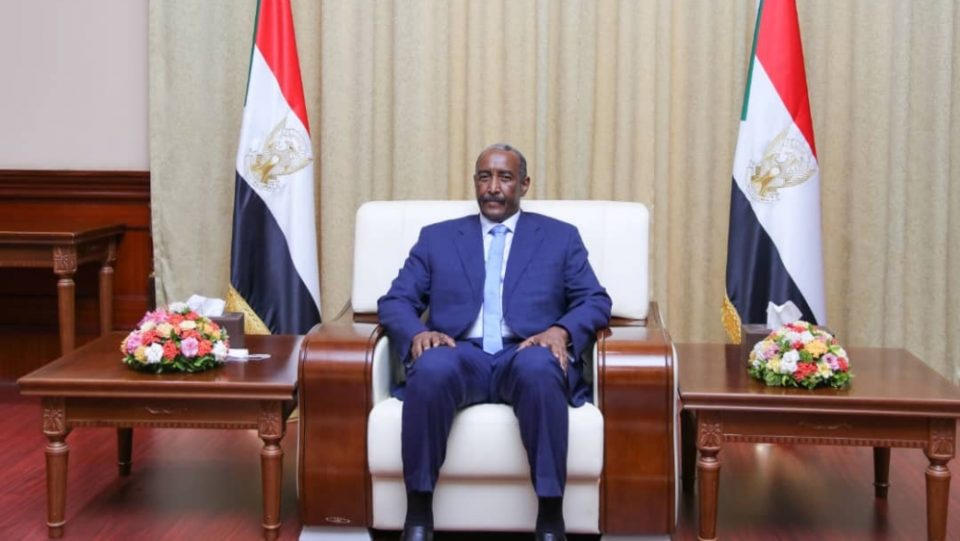 Burhan and Hamdok met with US National Security Council senior director for Gulf Affairs Brig.-Gen. Miguel Correa, as well as diplomats from the United Arab Emirates.

By LAHAV HARKOV
SEPTEMBER 23, 2020 19:54
Sudanese transitional leader Adbel Fattah al-Burhan and Prime Minister Abdalla Hamdok returned to Khartoum from Abu Dhabi on Wednesday without securing a final deal for aid from the US and normalization of ties with Israel.

“The discussions were characterized by seriousness and frankness and dealt with a number of issues of common interest, foremost of which is the issue of removing Sudan from the list of state sponsors of terrorism and other restrictions imposed by the US,” a statement from Burhan’s office said.

A separate topic of discussion was “the future of Arab-Israeli peace, which leads to stability in the region and preserves the right of the Palestinian people to establish their state in accordance with the vision of the two-state solution, and the role that Sudan is expected to play in achieving this peace.”

Burhan and Hamdok met with Brig.-Gen. Miguel Correa, US National Security Council senior director for Gulf affairs, and with diplomats from the United Arab Emirates. They were also seeking $3 billion in financial aid.

The US would like Khartoum to normalize ties with Israel. Burhan met with Prime Minister Benjamin Netanyahu in Uganda in February, and Sudan was discussed during Netanyahu’s meeting with US Secretary of State Mike Pompeo last week.

Khartoum is where the Arab League decided on its “three noes” in 1967: No peace with Israel, no recognition of Israel and no negotiations with Israel.

Burhan is thought to be in favor of normalization with Israel more than Hamdok is, who is concerned about public opinion. Burhan believes that ties with Israel will help extricate Sudan from its economic and humanitarian crisis.

Sudan is also seeking to be removed from the US state sponsors of terrorism list, on which it has been placed since 1993.

The US has set a number of conditions for Sudan to be removed from the state sponsor of terrorism list, including paying $300 million to families killed in terrorist attacks on its embassies in Kenya and Tanzania. Congress would have to pass a bill giving Sudan immunity from future lawsuits by victims of terrorism.

Hamdok and Burhan are expected to present details of their talks before state institutions in the coming days in order to formulate a joint position “that fulfills the interests and aspirations of the Sudanese people,” Burhan’s office said.

Hamdok and Burhan became the country’s leaders after dictator Omar al-Bashir was toppled in April 2019. The new regime has sought to distance itself from religious extremism.

Under Bashir, Sudan had become a hub for Iranian ammunition transfers, including to Hamas. Israel reportedly bombed an Iranian rocket warehouse outside Khartoum in 2012.