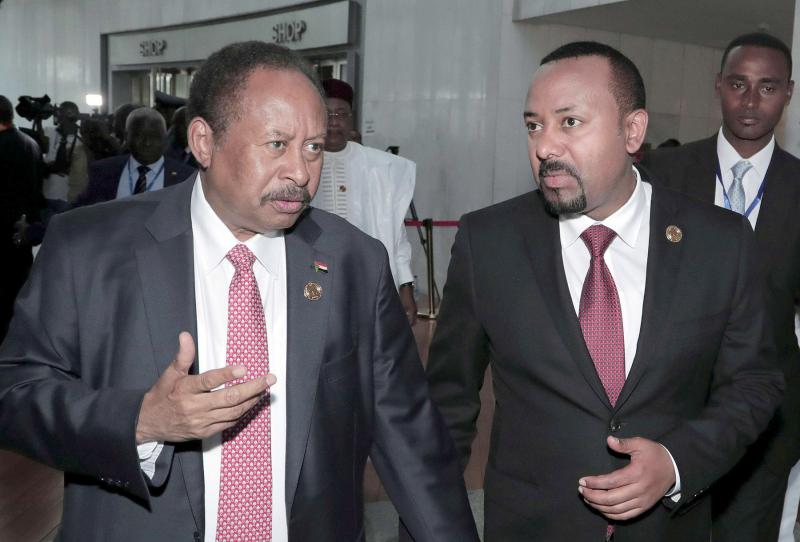 KHARTOUM – Sudan recalled its ambassador to Ethiopia on Wednesday, the foreign ministry said, as tensions between the two countries run high over a border region and Addis Ababa’s controversial Blue Nile dam.

He said the envoy would return to his post after the “completion of consultations,” without elaborating on the nature of the discussions.

The two neighbouring countries have been trading accusations of violence in the area and territorial violations.

On Sunday, Khartoum claimed that Ethiopia had allowed its troops to enter Sudanese territory in an act of “aggression” and “regrettable escalation.”

Khartoum has since last month banned aircraft from flying over the Al-Fashaqa area after alleging that an Ethiopian military aircraft entered its airspace, a claim denied by Addis Ababa.

The fighting sent some 60,000 Ethiopian refugees fleeing into Sudan.

The tensions come at a delicate time between the two countries, which along with Egypt have been locked in inconclusive talks over the massive Grand Ethiopian Renaissance Dam on the Blue Nile River.

This month, Sudan warned Ethiopia against going ahead with the second phase of filling the mega dam, saying it would pose a “direct threat to Sudanese national security.”

Ethiopia, which says it has already reached its first-year target for filling the dam’s reservoir, has recently signalled it would proceed with the filling regardless of whether or not a deal was struck.

Khartoum hopes the dam will regulate annual flooding, but fears its own dams, including the Roseires and Merowe, will be harmed if no agreement is reached.