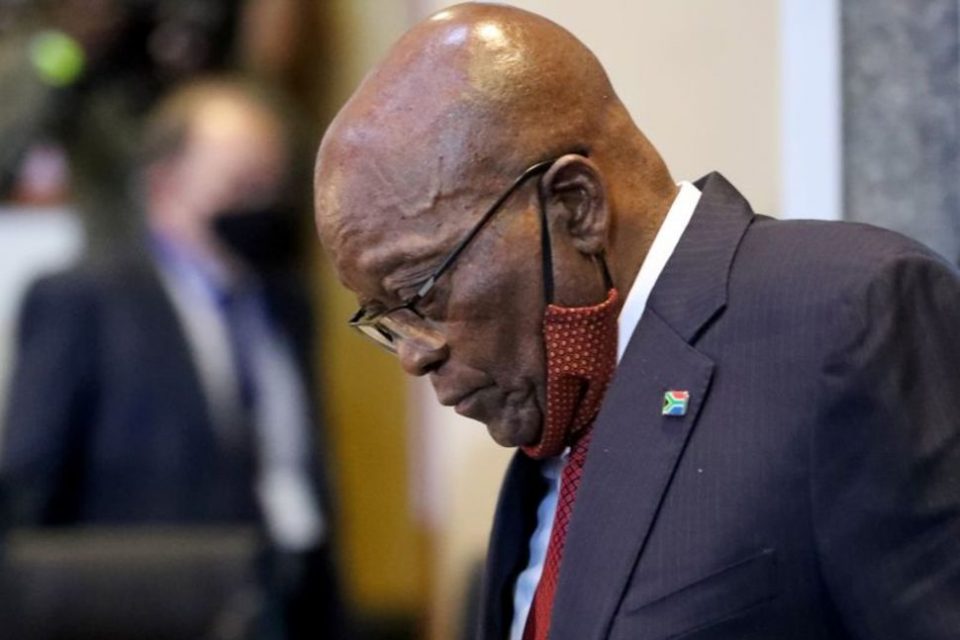 JOHANNESBURG (Reuters) – A South African inquiry into corruption during Jacob Zuma’s time as president will ask the constitutional court to impose a jail term on the former leader after he defied an order to appear before the inquiry on Monday.

Deputy Chief Justice Raymond Zondo, who leads the inquiry, said there was “no valid or sound reason” for Zuma’s failure to appear before the inquiry, which is probing allegations of high-level graft during Zuma’s period in power from 2009 to 2018.

One of Zuma’s lawyers, Eric Mabuza, declined to comment when called by Reuters.

Zuma denies wrongdoing but has not cooperated with the commission of inquiry. He was removed from office by the governing African National Congress (ANC) a year before his second presidential term was due to end, in a move orchestrated by allies of his successor Cyril Ramaphosa.

He said it was up to the constitutional court – the highest in the land – to decide what to do about Zuma, with options including a fine or prison.

“The commission will approach the constitutional court and ask it to impose a term of imprisonment on Mr Zuma,” Zondo said, adding that if the inquiry allowed Zuma’s no-show to slide, others might be encouraged to disregard court orders.

Carl Niehaus, a Zuma ally and spokesman for the MKMVA military veterans group, said the inquiry’s actions could cause political instability. “We don’t believe it’s good for the country or for the African National Congress,” he told Reuters. “We will not simply allow president Zuma to be arrested.”

Zuma’s lawyers said in a letter to the inquiry on Monday that a summons for the 78-year-old to attend this week was “irregular” and he would not appear.

Ramaphosa has been trying to clean up the ANC’s image and restore investor confidence in Africa’s most industrialised nation since Zuma’s departure. However, he has faced opposition from an ANC faction still loyal to Zuma.

The allegations against Zuma include that he allowed businessmen close to him – three brothers Atul, Ajay and Rajesh Gupta – to plunder state resources and influence policy.

The Guptas, who deny wrongdoing, left South Africa after Zuma was ousted.

Zuma walked out of the inquiry in November without permission. Its officials then approached the constitutional court to try to make him reappear and testify.

A lawyer for the inquiry, Paul Pretorius, said Zuma had been implicated by the evidence of at least 40 witnesses.

Speaking near Zuma’s Nkandla homestead, Edward Zuma, one of his sons, told reporters there had been a longstanding conspiracy against his father and that the inquiry had treated him differently to other witnesses.