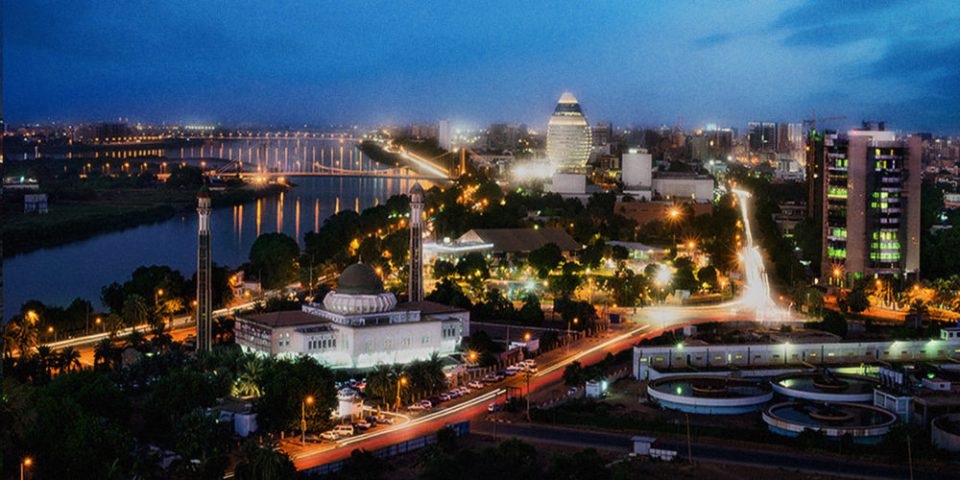 When two young Sudanese women were murdered in Khartoum in December 2019, police thought they might have been victims of a satanic ritual killing. (Photo: Wikimedia)

When two young Sudanese women were murdered in Khartoum in December 2019, police thought they might have been victims of a satanic ritual killing. One had been dismembered, her body dumped in separate plastic bags outside the city. The other’s corpse was found wrapped in a shroud on a city rubbish dump.

Then police arrested two local men for the murders and heard an even stranger story. The men claimed they had lured the women into the apartment of South Africa’s deputy ambassador to Sudan and murdered them as a “training” exercise. The murders were a test to prepare them for their real assignment — to assassinate the intelligence officer at the South African embassy.

South Africa’s deputy ambassador to Sudan, Zabantu Ngcobo, and her partner are now being investigated for allegedly hiring the embassy driver and his accomplice to kill the intelligence officer because he was sending home damaging reports about Ngcobo.

The two men were arrested for these murders before they could kill the intelligence officer.

Ngcobo was acting ambassador at the time as the ambassador’s post was vacant.

The driver, a 25-year-old Eritrean national, identified in a Sudan newspaper only as “MF”, told Sudanese police when he was arrested for the murder of the two young Sudanese women in Ngcobo’s apartment in the Riyadh diplomatic block last December, that Ngcobo’s partner had told him to kill the women to prove he was capable of assassinating the intelligence officer.

The swift arrest of MF for the murder of the two women — identified in Sudan media only as Nisreen and Marwa — and his confession, prevented the assassination of the intelligence officer, according to a report in Khartoum’s Al-Sudani newspaper last week.

Sudanese authorities contacted South African authorities who exercised the right of Ngcobo and her partner to diplomatic immunity against arrest and prosecution abroad and took them back home, promising to cooperate with the Sudanese authorities in investigating the allegations against them.

All I can say about this issue is that Dirco is aware of it and our police are investigating it and cooperating with the Sudanese police. Unfortunately, we are unable to say beyond until the investigations are finalised…

Al-Sudani’s report of its investigation into the saga suggests that the Sudan police believe MF’s explanation that Ngcobo’s partner instigated the murder of Nisreen and Marwa — though, on face value, that might seem like a rather far-fetched excuse for plain murder.

The Al-Sudani story says that there had been initial speculation in Khartoum that the women had been killed as part of a satanic ritual because one of the perpetrators was known as a devil worshipper.

Lunga Ngqengelele, spokesperson for South Africa’s Department of International Relations and Cooperation (Dirco), told Daily Maverick: “All I can say about this issue is that Dirco is aware of it and our police are investigating it and cooperating with the Sudanese police. Unfortunately, we are unable to say beyond until the investigations are finalised…”

However, other official sources in Pretoria have confirmed the bare outline of the story as related in Al-Sudani. They said that when Ngcobo and her spouse were away in South Africa, the driver MF had thrown a party in her residence where the two young Sudanese women were killed. The Al-Sudani report refers to Ngcobo’s partner as her husband and as a diplomat, though South African officials have told Daily Maverick they are not married and he does not work for the embassy.

The saga began on 19 December 2019, when police found “Marwa’s” dismembered body in plastic bags in the Mayo area south of Khartoum, according to Al-Sudani. The crime remained unsolved. Then, 21 days later, on 10 January 2020, a citizen found the body of “Nisreen” wrapped in a shroud in a garbage dump in the Nasser neighbourhood, east of Khartoum.

Nisreen was then identified through a missing person report that her family had filed.

Five days after Nisreen’s body was found, the investigators arrested MF, the Eritrean embassy driver and his accomplice MI, a medical student.

The two suspects confessed to killing Nisreen and Marwa in Ngcobo’s apartment.

The news report says the apparent absence of a plausible motive — “other than the pleasure of killing or devil worship, as one of them claimed in the initial investigation” — at first puzzled the investigators.

Then the driver MF had told investigators that Ngcobo’s “husband” , “a young man called ‘Q’”, had confided in him, because they were close friends, that the newly appointed intelligence officer was harassing his wife, the acting ambassador. His security reports about her were causing problems.

Q supposedly asked MF to search for professionals to kill the intelligence officer in exchange for $50,000. MF immediately agreed.
MF approached his friend, the medical student MI, who told him he had already killed a family outside the country and a woman in the Jabal Awliya village and both crimes remained unsolved. MF took him to meet Q to discuss the alleged assassination.

Al-Sudani reports that Q then showed the driver MF the house of the intelligence officer in Al-Mashtal Street in the Riyadh neighbourhood. The next day MF took his friend MI to show him the house. The conspirators approached the guard of a famous hotel to purchase a pistol, which he did, from someone else, for 15,000 Sudanese pounds. But it malfunctioned when they tested it and so they returned it to its owner.

The report says that before they carried out the assassination, the Christmas holidays arrived. Ngcobo and her partner planned to travel to London on holiday. But before leaving, the partner Q stipulated that MF and MI had to carry out at least two crimes before they returned from London to reassure him (about their ability to kill).

Al-Sudani said the investigators ‘were astonished by MF’s serious and dangerous confessions, but they realised that it was the real motive of the crime’.

Ngcobo’s partner left them the key to the couple’s apartment and the keys to the car.

MF chose “Marwa” as the first victim, whom he had met five years before in a youth centre in Khartoum and had taught to play the guitar. He lured her to the apartment, killed her and disposed of her body in a plastic bag in the Mayo neighbourhood. He met the second victim, “Nisreen”, through another woman who had since been arrested as an accomplice.

Al-Sudani said the investigators “were astonished by MF’s serious and dangerous confessions, but they realised that it was the real motive of the crime”. They corroborated MF’s confessions with the medical student MI. Police also arrested the hotel guard and the person he bought the pistol from. They both confessed to their complicity and were made prosecution witnesses.

The detectives then contacted the South African embassy and met the intelligence officer.

The Sudanese foreign ministry advised them that Ngcobo and her partner enjoyed absolute diplomatic immunity and so could not be arrested without the permission of the South African government.

The investigators sent a comprehensive report of the case to the South African authorities, who sent a team to withdraw Ngcobo and her partner from Khartoum to question them about the case back in South Africa. They thanked the Sudanese police for exposing the plot and saving the intelligence officer’s life, and promised their full cooperation with the Sudanese authorities until the end of the case.

“Sudanese authorities are currently detaining the two suspects in the murders of ‘Marwa’ and ‘Nisreen’, pending the response of the South African authorities and the extent of their seriousness in deciding on their diplomats accused of inciting the murder of the two girls as training for assassinating the intelligence officer/security attaché in their embassy in Khartoum,” the Al-Sudani report concludes.

Ngcobo and her partner remain in South Africa. DM