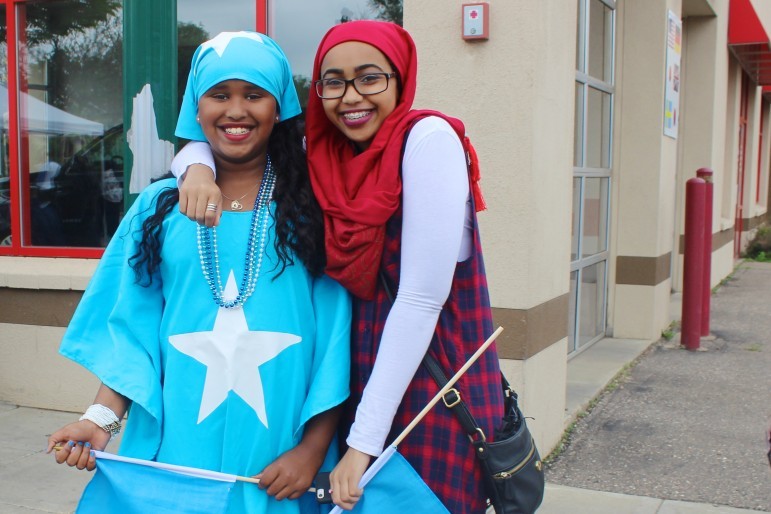 Since gaining independence on July 1, 1960, Somalia has faced civil war, clan conflict, secessions, and al-Shabab. The road to self-sufficiency for Africa’s most culturally-homogeneous country is full of hurdles.

Three decades on from the beginning of Somalia’s ongoing civil war, unrest and terror has become firmly rooted in the country’s post-independence political upheaval.

In the face of terror, targeted shootings and roadside bombs have become the new normal. The country’s population of roughly 15 million remains under threat from the Islamist al-Shabab group, who perpetuates the majority of the attacks.

With ties to al-Qaida, al-Shabab’s ultimate aim is to establish an Islamist state. It currently controls a small part of the country and often carries out attacks against government, military and civilian targets.

Somalia’s deadliest terrorist attack occurred on October 14, 2017, when two explosive-laden trucks were detonated in the heart of the capital Mogadishu. The explosions killed at least 512 people and wounded 312 more. Al-Shabab did not claim responsibility for the attack, but the Somali government attributed blame to the group. The Mogadishu terror attack in 2017 led to a wave of grief and outrage across the country, with many Somali’s taking to the streets in protest

Somalia’s road from colonization to independence and, later, to civil war, is a long one. Somalia was colonized by European powers in the 19th century. Britain and Italy established the colonies of British Somaliland and Italian Somaliland in 1884 and 1889, respectively. These two Somali lands eventually united and gained independence on July 1, 1960.

However, hopes for a prosperous nation were quickly dashed by the assassination of President Abdirashid Ali Shermarke, in 1969. Shermarke’s killing led to a coup by the Supreme Revolutionary Council spearheaded by the commander of the Somali army, Major General Jallee Mohamed Siad Barre.

“The coup was the beginning of years of dictatorship and oppressive systems until Barre was eventually ousted by warlords and rebel groups from different clans,” Somali journalist Mohamed Odowa told DW.

“Politics based on tribalism caused lots of injustices, grievances, mutiny and later tribal groups, who really don’t have an agenda whatsoever,” Somali political analyst Mohamed Haji Husein Rage told DW. “And in that sense, Somalia paid a heavy price…Siad Barre also made a great strategic mistake when he tried to adopt something called scientific socialism, which is an absolutely secular atheistic system, in a country which is mainly conservative Muslims. So the people rejected that.”

The warlords and clan elders helped to transform Somalia into a land of chaos and anarchy that led to hundreds of thousands of deaths and saw millions more displaced from their homes. Somalia soon became infamous as a failed state.

Attempts to bring peace to the war-torn nation saw several interim civilian regimes installed between 1991 and 2000. The Transitional Federal Government (TFG) established in 2004 eventually managed to assume control of most of the nation’s southern conflict zones from the newly formed Islamic Courts Union (ICU).

The ICU subsequently splintered, and its armed wing, al-Shabab, meaning “The Youth” in Arabic, began to battle the TFG and its African Union (AU) peacekeeping (AMISOM) allies. By mid-2012, the insurgents had lost most of the territory they had seized. A new provisional constitution was passed in August 2012, reforming Somalia as a federation.

“As people, we’re mainly nomads divided into clans,” he told DW. “That can’t go hand-in-hand with building a modern nation, so Somalia didn’t take a similar route to other African nations like Ghana, Tanzania or Botswana who have really strong pillars and then built a strong nation where people can really identify themselves with a country.”

Still, backed by the AU and international donors, Somalia has gradually succeeded in building a working political system and government institutions, hosted around the fortified Green Zone area in Mogadishu’s international airport.

Mohamed Abdullahi Mohamed – who is also referred to as Farmajo – is currently serving as the ninth president of Somalia. Read more: Somaliland is on a rocky political path

After the brutal Barre military dictatorship was overthrown in 1991, the northwestern region of Somaliland immediately declared independence. Although it is not internationally recognized as a sovereign state, Somaliland has a functioning political system, government institutions, a police force, and its own currency.

The northeastern region of Puntland also declared self-rule in 1998 but is internationally recognized as an autonomous region of Somalia.

After years of civil war, Somalia’s transitional government and the current government have struggled to contain the al-Shabab threat.

According to this year’s UN country report on Somalia, the security situation remains volatile, with 235 incidents in January, 274 in February, 278 in March and 299 in April. Although the number of civilian casualties has generally decreased, al-Shabab has increased its high-profile attacks.

The international community maintains a presence in the country. The United States (US) is one of the key security partners in Somalia, along with Turkey. Although they have conflicting interests, these countries are now playing a crucial role in helping Somalia build a strong national army. AMISOM plans to reduce its 22,000-strong AU forces in the country gradually and eventually had over all security responsibilities to the Somali security forces, including the Somali National Army (SNA).  But not everyone is convinced that this will be a good development for the country, or even that it should take place at all.

“Doubts are growing about the Somali Army’s’ abilities to defeat the radical group, al-Shabab,” says Odowa. According to Odowa, AMISOM’s withdrawal could empower clan-based structures and provide an opportunity for al-Shabab to exploit the divides in the country’s political scene.

Husein Rage agrees that Somalia may not be ready for a complete international withdrawal: “There’s no honesty or practical assessment from the international community. Turkey and the US built a commander’s brigade and military contingents, but the problem is they don’t have enough equipment due to Somalia’s arm embargoes in the 1990s, so they don’t have the capacity to deal with the state’s enemies, and that caused some elements of al-Shabab to thrive.” Historic election postponed due to COVID-19

But Somalia’s political scene is also gradually changing at the same time. On February 20, President Mohamed signed a historic electoral bill into law, which allows citizens to vote directly in presidential and parliamentary polls for the first time in 51 years. The last universal vote was held in 1969, shortly before the coup that brought Barre to power.

Previous presidential elections in 2009, 2012 and 2017 were based on a clan-based system, in which lawmakers were voted in by about 14,000 clan delegates chosen by elders. This system was widely criticized for marginalizing young people, women and ethnic minorities.

However, complications arose on March 16, when Somalia confirmed its first case of coronavirus. The African Union Center for Disease Control and Prevention currently puts the number of confirmed cases at 2,894, with 90 deaths (as of June 29). Read more: Is Somalia ready for a one-person-one-vote election?

“COVID-19 is having a severe economic impact, with remittances from the Somali diaspora dwindling and the federal Government projecting an 11% drop in nominal GDP this year,” James Swan, the Head of the United Nations Assistance Mission for Somalia (UNSOM) told DW.

At the same time, the country is dealing with the ongoing al-Shabab insurgency and a major locust invasion “that is putting food production in peril,” according to Swan.

As a result of the pandemic, the presidential and parliamentary elections are now expected to take place in early 2021.

Mogadishu: A city of IDPs

Today, the capital Mogadishu is full of makeshift homes: Most who live here are nomads and countryside dwellers that were forced to flee fighting and famine in other parts of the country. The city’s population has now swelled to nearly 2.5 million. At least 600,000 are officially regarded as internally displaced persons (IDP).

The congested and unhygienic living conditions in the camps also pose a health hazard. Acute respiratory tract infections and diarrhea are common. Life in the makeshift camps is a daily struggle, as residents look for their next meal or bucket of water.

Nearly five million Somalis rely on food aid to survive. However, diaspora communities have started to invest in rebuilding the shattered state. Reconstruction is most evident in the capital. Despite their hardships, Odowa says Somali’s are optimistic that peace will eventually come: “The expectation for a peaceful Somalia is high and the people of Somalia are resilient as always.”