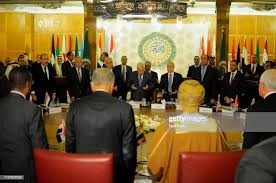 Four Arab states have expressed their reservations regarding the Arab League statement in which foreign affairs ministers objected to what they termed “Turkish interference in Arab affairs”.

The foreign affairs ministers urged Turkey to: “Stop provocation that could erode building trust and threaten the region’s security and stability.”

Qatar, Libya, Somalia and Djibouti all conveyed concerns about the statement that welcomed the formation of a committee to follow up on Turkish interference in Arab affairs.

The council approved the addition of the clause on “Turkish interference” in the internal affairs of Arab states as a permanent clause on the ministerial council timetable, whereas it dropped a Palestinian draft condemning United Arab Emirates-Israel normalisation.

A Ministry of Foreign Affairs meeting was held via video conference on Wednesday at the Arab League headquarters, following days of ambiguity and division over Palestine’s request to hold an emergency meeting to reject Emirati normalisation, which was objected by Bahrain according to Arab media outlets.