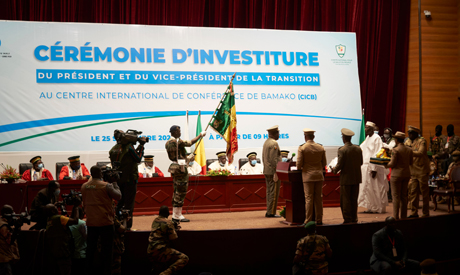 What can Africans celebrate to mark the 60th anniversary of the Year of Africa? Not much, writes Haitham Nouri

The United Nations marked 1960 as the Year of Africa when 17 African countries gained independence in the largest wave to get rid of European colonialism since the 15th century.

However, none of the 17 countries were in a celebratory mood to mark 60 years of independence, citing coronavirus as the reason. The pandemic has so far infected 1.5 million and killed 35,000 Africans.

It is more probable political and social frustrations regionwide prevented Africans from celebrating their hard-earned freedom. For more than 50 years, these African countries didn’t achieve the changes they aspired for. The majority of the 17 countries wrote tragic stories instead, ranging from civil wars to military coups and famines.

While 14 African countries were liberated from French rule in 1960, the decade saw a similar number of African countries breaking the chains of British colonialism: Nigeria in October 1960, Sierra Leone and Tanzania in 1961, Uganda in 1962, Kenya in 1963, Malawi and Zambia in 1964, Gambia and Zimbabwe in 1965, Botswana and Lesotho in 1966, Mauritius and Swaziland (which was recently named Eswatini) in 1968, and Seychelles in the following decade (1976).

Spain had a share in the African cake, but it saw the independence of Equatorial Guinea in 1968. The Western or Moroccan Desert was freed in 1976. The region was the subject of dispute between Morocco and the Polisario Front, which declared the Sahrawi Republic, recognised by the majority of African countries, prompting Rabat to withdraw from the Organisation of African Unity in 1983, before joining the African Union a few years ago.

Following the collapse of fascist rule in Portugal in 1974, Guinea-Bissau, Mozambique, Cape Freddie, Sao Tome and Principe, and Angola gained independence in 1975. France lost its last two colonies in the Comoros in 1975 and Djibouti in 1977. In the 1990s, Namibia gained independence from South Africa, Eritrea from Ethiopia in 1991 and finally South Sudan from Sudan in 2011.

The grand path to independence, diligently strived for since 1951 when Libya was liberated, was harsh, cruel and not without glorious sacrifices.

The multiple phases of Sudan’s Civil War started before the country seized independence from Britain in January 1956. Khartoum endured the 1958 coup with Ibrahim Abboud, the 1969 coup led by Gaafar Numeiri and the 1989 Islamist coup spearheaded by Omar Al-Bashir, who was overthrown following the December 2018 Revolution.

Throughout the 64 years of Sudan’s independence, it has witnessed coups for 52 years. The country was torn when the south seized independence in 2011, when war broke out in Darfur in 2003 and during the 1983-84 famine.

Sudan was aspiring to be the food basket for the Arabs and Africans, but it turned into a country striving to remove itself from the US list of countries harbouring terrorism and searching endlessly for “an international partner for development”.

Nigeria, Africa’s most populous country and the richest in oil south of the Sahara, had seen several military coups that finally ended in 1999 after it had endured 30 years under military rule. Making the living conditions even worse in Nigeria was the 1967-1970 Biafran war that claimed the lives of at least a million Nigerians.

The country is also engaged in a vicious war against the terrorist Boko Haram organisation that is wreaking havoc in northeast Nigeria as well as parts of Chad, Cameroon and Niger.

Rampant corruption in Nigeria has hindered the country from benefiting from its oil wealth.

Ethiopia, which was not completely occupied, fared no better than other African countries. It was shackled by the civil war with Eritrea since the 1950s, and suffered famine that resulted in the overthrow of emperor Haile Selassie in 1974.

Ethnic and racial tensions are eating up Ethiopia, leading observers to warn Addis Ababa is on the edge of disintegration if the coming general elections are misconducted. The elections were slated for August 2020, but were put off by Prime Minister Abiy Ahmed for one year.

The Great War of Africa claimed the lives of between three and five million people in Congo. It took place in 1996 and again between 1998 and 2003.

Ten million Congolese lives were lost due to Belgium’s plunder during the occupation. The Congolese people’s woes were renewed with the rise of the Black Lives Matter movement, as they demanded the taking down of the statue of King Leopold II who caused Congolese misery.

Congo didn’t benefit from its vast mineral resources nor from its river that can generate hydroelectric power more than any river in the world.

Small countries endured massive civil wars as well, such as the Rwanda massacres against that resulted in the death of 800,000 people from the Tutsi, Twa and moderate Hutu in 100 days, from 7 April to 15 July 1994.

Democracy collapsed in Mali following the toppling of Moussa Traoré in the early 1990s due to mass protests. Supported by a large French force, Mali is waging a vicious war against terrorist groups, much like the majority of African Sahel countries, such as Chad, Burkina Faso, Mauritania and Niger — some of the poorest countries in the world.

Somalia never recovered from the horrors of its 1990 civil war that overthrew Siad Barre.

Oil-rich Libya is divided between two regionally and internationally supported governments and armies in the east and west. The Government of National Accord in the west is backed by the UN while the eastern House of Representatives is the only elected institution in the country.

Libya turned into a failed state, exploited by human traffickers and armed groups, and is suffering terrorism and foreign intervention.

Tunisia has not seen, due to political turmoil between Tunisian political groups, an economic achievement in the past decade following the ouster of Zein Al-Abidine Ben Ali in early 2011.

Algeria lost 200,000 of its population in the 1990s as a result of conflicts between the state and its Islamist opponents after the army cancelled the second stage of legislative elections, in the first round of which the Islamic Revolutionary Front had won the majority of votes.

Decreased oil revenues, coupled with social and political tensions, heighten worries that Algeria will slip into another 10 years of darkness.

To the south, Zimbabwe didn’t recover from the decades long rule of Robert Mugabe and the Western sanctions imposed on the country after Mugabe had forced white farmers out of their farms when the US and the UK refused to fulfill their pledge to fund the sale of the farms to the black majority.

The black majority of South Africa are surviving under dire conditions. Despite apparent improvement since the fall of Apartheid in 1994, slow reforms are increasing tensions in the country known for its diverse ethnicities.

While each of these African countries is burdened with domestic problems, tensions between the states of the continent are contributing to their woes. Ethiopia’s neighbours are complaining about its dams on transboundary rivers, such as the Omo River that empties into Lake Turkana on the border with Kenya. The dam has lowered the level of water in the lake by two metres since 2016, according to official statements in Nairobi.

That is in addition to deadlocked negotiations between Egypt, Ethiopia and Sudan over the Grand Ethiopian Renaissance Dam.

On the economic front, China, which is the principle infrastructure developer in Africa, has rejected several projects, such as the railway between the Ethiopian capital and Sudan, and the resumption of the railway line in east Africa between Kenya and Uganda.

Africa is the world’s youngest continent, with the majority of its population made up of youth who seek job opportunities they can’t find. Africa’s youth are an angry power feared by democratic and dictatorial governments alike.

Now that the majority of African capitals are each inhabited by millions of people, with no real potential to absorb new generations, and with many of the continent’s countries lacking a national mega project that wins the support of their people, African youth don’t find much to celebrate after 60 years of independence.