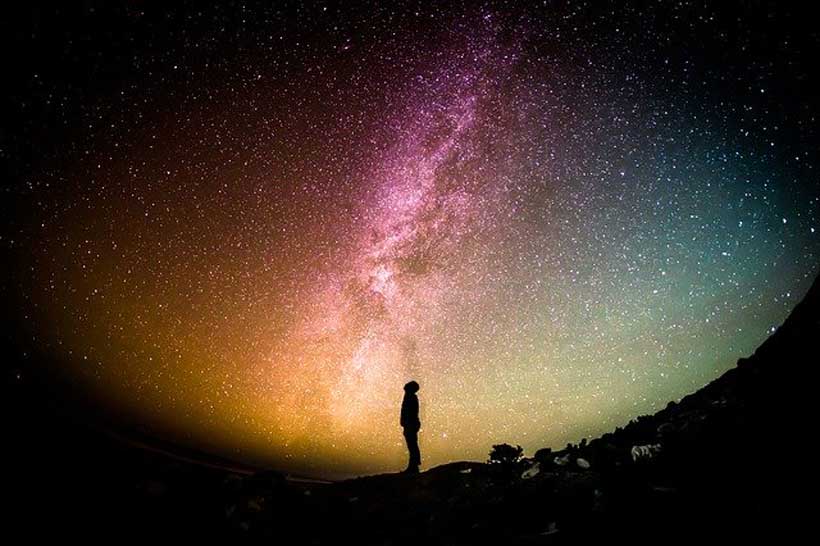 Since human history evolves, man is considered as an unexampled procreation owing to his rational behavior. When his reasoning and intellect grow in pluralistic society, he looks through fundamental questions to be answered. This proclivity of probation is drawn to the context of either natural reasoning or supernatural explanation. Hence, this distinctive disposition demarcates a line between “Science and Religion”, without knowing the fact that there are two sides to every picture. Consequently, religious representatives reject scientific facts as it does not meet their spiritual needs and impressions.. However, others deificate scientific approach and discard paranormal and preternatural explanations as it seems amiss for their existing subject. Eventually, leading the noblesse to follow either religion or science.

It is the human nature that has put the supreme being (man) in an unremitting mission of exploring truth and reality. Man has been intensely eager to delve and discover this mysterious world. Hence, being conscientious, he rationally tries to investigate the answers of basic questions. This eagerness and curiosity has compelled man to decode and decipher what has been in clandestine before him. This athirst of searching and exploring has always been found in man. Though the scope and radius of man’s ideas is limited. He can never surpass what inhibits him naturally. But the ardent wish has mustered courage in him and pushed him to find the answers of all lingering questions. It is a dynamic force employing man to fathom the mystery of his very being. Whatever the force may be, the thing that gives currency to the confrontation and disconformity is the way to pursue those motives. Many people seek their salvation in the folds of religion while many are those who look for science as a medium to man’s inevitable mystery. People are divided into two distinct and quite different ways and ideas. Some go for religion, considering it a viable source to all their quests and questions while others deificate science. This is where the shoe pinches. Science and religion are not different things and ideas but the two aspects of a same coin.

Regrettably, many people fail to understand this very notion. They think of science as a separate entity having no relation with religion. They deal with science in a sense to materialize all their dreams and desires. Their pursuance is fixed on material holdings. For these people, this world is last resort to live in. For them its a means to an end. An end which ends when life comes to an end. Unfortunately, inspired by the West; the arch rival of religious ideology, they think of science as a source of all comforts and ease in human life. For these fellows worldly belonging is everything. They never come to know the deceptive face of it. They chant slogans under the spell of West, overlooking their glorious past which has entitled them cachet and prestige in annals of all time to come. Dazzled by the ample successful contributions of science to the modern world, they bow their heads before it. Definitely, the time would come, their sand houses would collapse. Ultimately, they will have to blow away the cobweb of modern science.

Undoubtedly, science is a means to make human life at ease, dealing with materialistic aspect of man’s life. Contrary to this, there prevails another mode of human life that is spirituality. Spirituality is an integral part of man’s life, without it, man will be like a sole spectator and nothing else. Spirituality is as pernicious to man as food for the hungry soul and water for thirsty lips. Spirituality and man are amalgamated in every aspect. Materialistic aspirations cannot please the departed souls. Feelings cannot be bought. Smile has no match with money. Pure love cannot be linked with lust. Avarice and wealth has no limit. Greed makes man intoxicated and makes him an unsocial animal, a brute.

Besides, sentiments of joy, cheerfulness, happiness and sorrow are valuable and cannot be bought or sold. Such feelings are attainted by penetrating deep into the folds of a religion. That is religion which opens the new dimensions in man’s life and takes man to the highest horizons of peace and tranquility. This is religion alone that makes man’s life complacent. It is said and rightly so, a contained mind is a bliss to mankind. This containment is achieved when man comes into the folds of religion. Religion is not a name of an outmoded ideology, no longer existing. It is a source of eternal salvation. It is the best source to peace, prosperity and progress and will remain so, till doomsday. Religion has much to offer man. It encompasses highest schemes of social and moral uplift.

Alternatively, it has been order of the day to chew out religion. Merely going into some books of insolent demagogues, young minds pick religion to pieces. These minds are turned round the fingers of their leaders who spoil their worldly life and detest their life after death as well. One cannot blink the fact and if so, man would find no place and would ultimately lose into the unending race of material desires and unlimited aspirations.

Certainly, this is religion which paves a way for departed souls to salvation. Materialistic belongings could provide temporary happiness and joy but souls can be satisfied merely by perfection of deeds. Religions guarantee man a better life after death. Those who stick to the notion, shun all their materialistic desires and become a pure soul. For Almighty God promises a better life in heaven. One could find many examples from history where experiencing profound penetration into mysticism and spirituality, individuals shook out the yokes of slavery and ascended the higher planes in their lives. They would be heightened to higher horizons for sure in heaven as well. Gautam Buddha, Bhagat Kabeer, Saami, Khwaja Nizamudin Chishti, Abdul Qadir Jilani are some instances in view. Their efforts and search for reality will never go in smoke. They are rewarded in this world and will be awarded there after. Those devoid of such a fully blooded force are really unfortunate. They become stoic and nothing means them except materialistic achievements. That achievement IS nothing at all. This pursuance makes their gifted life aimless, motiveless and purposeless.

Additionally, religion teaches that nothing is out of blue. Everything is inter connected. Nothingness has a deep meaning. When there was nothing, everything existed and that everything comes to screen from nothingness. When eyes are closed, man sees nothing and feels everything has lost. Man thinks so because his imagination has a limit. He cannot surpass that line. But actually, everything exists and by closing eyes before it, nothing becomes obsolete and outmoded. This offers a strong point in the case when a man dies. Materialistic perception instills in man the idea of nothingness behind his death. Whatever materialistic belonging is , man should strive hard to gain it, accumulate it and access to it by hook or crook. This idea employs man with tiring motives. Man going so far, tries tooth and nail achieving that purposeless objective in his short life hardly going sixty to seventy years.

Again, how fast a man can run after unlimited aspirations in a limited time? How much a man can achieve in his short life? How much a man can eat on an empty stomach? How much a water can a man drink when on thirsty lips? Just a morsel of food and a draught of water, nothing else. Hunger can be saturated, thirst can be quenched if intended so. Otherwise greed, lust and avarice is an unremitting race that never ends.

Nevertheless, according to science only that particular thing is reality which is approved by sense, observation and experimentation, reason and intellect while the rest of the things are unreal or illusion. But the fact is that five senses cannot reach the “ultimate reality”. Similarly, reason and intellect do not work beyond the radius and scope of the five senses. Human understanding and intellect is limited and full of error. Hence, the diameter of scientific observation and calculation is limited only to what human senses can perceive. How can it then measure the revelations of religion which are immaterial and metaphysical and essentially spiritual?

Taking history as a guide, it can well and truly be said that religion along with science can wipe out all such endless and limitless desires. Science eases difficulties and offers comforts while religion can rid man of worldly tyranny and oppression. Religion has had its past, it has a present and would have a bright future coupled with scientific approach. It is religion that can blow away the cobweb of modern science and can torn away the yokes of materialism from the face of the earth. And it is science that can flourish the blind faith to logic and reasoning. Religion is not a static force. It is a dynamic force that can bring change and can offer mankind higher and nobler ends. While science can make man’s life in conformity with worldly comforts and pleasures. Great astronomer Sir James Jeans has rightly said that greatest problems of science could not be resolved without believing in God. Same applies when religion is devoid of reasoning and logic.

Hence, religion when interpreted through scientific logic and reasoning offers a firm belief in the divine commandments. Eventually, enhancing the spirit to  responsible accomplishment of those obligations. Reason based belief not only makes the person committed to his religion but also mounts his desire to mull over the heavenly doctrine aiming to discover the hidden treasures. Likewise, science seems impuissant when confronted with the quest and queries regarding mysterious universe and metaphysical things thereupon showing its limitations. Therefore, religion and science should be seen from an eye of same magnifying glasses otherwise this would be a parting effort to an intermixed entity.