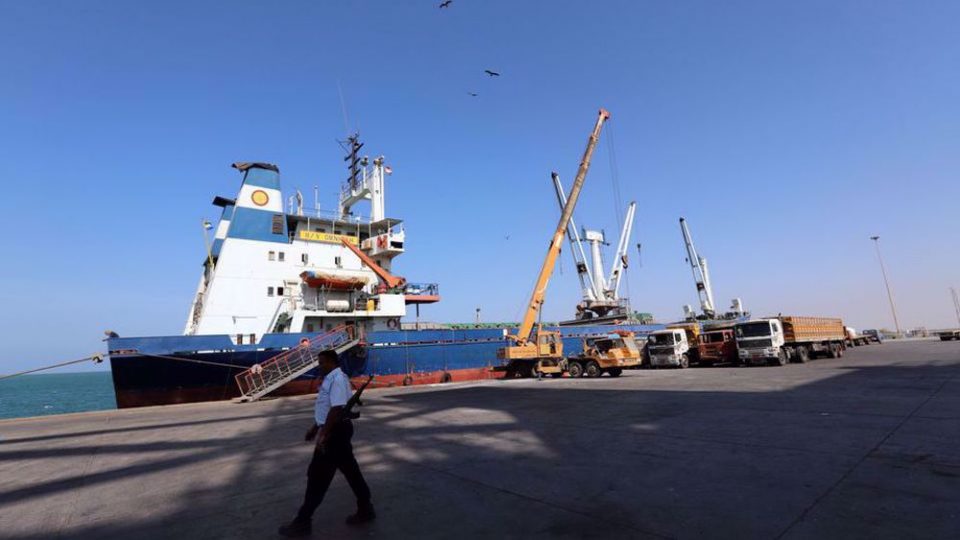 The US-backed, Saudi-led coalition is simultaneously holding four ships in detention, depriving Yemen of much needed fuel supplies to avert a variety of humanitarian crises
July 24 2022

The US-backed coalition led by Saudi Arabia has seized another fuel ship bound for Yemen, making this the fourth ship currently taken by Saudi-led coalition forces.

The seizure of a fuel ship bound for Yemen constitutes a violation of the UN-brokered truce, according to Ammar al-Adrai, the executive director of the Yemeni Petroleum Company (YPC).

The cargo ship, BSS Energy, carrying 30,000 tons of diesel, was forcibly seized and redirected to the coast of Jizan, where it is currently detained along with three other cargo ships loaded with critical fuel supplies for Yemen.

“The total number of seized ships is four, including two diesel ships, a petrol ship, and a gas ship,” the YPC executive noted.

The previous ship to be detained one was seized on 13 July, with 8,230 tons of fuel in cargo. A total of four ships are currently detained in Jizan, despite the dire necessity for fuel in Yemen.

The international negotiator for Yemen, Mohammed Abdulsalam, said that the US-Saudi coalition intentionally violates the truce for the purpose of “killing time, and this is not acceptable to our nation.”

The YPC and representatives from different sectors affected by the lack of fuel participated in a sit-in protest outside the headquarters of the UN envoy.

“Different service sectors, most notably health and electricity, participated with us in protest against piracy by the US-led Saudi coalition,” Al-Adrai noted.

An independent review by the Inter-Agency Humanitarian Evaluation (IAHE) has branded the UN approach to Yemen’s humanitarian crisis as “unacceptably poor.”

Despite the thousands of violations of the UN-brokered truce by the Saudi-led coalition, there has not been any effort to stop the violations nor reprimand the coalition for its previous violations.

In a statement released on 16 July, the Supreme Political Council in Yemen rejected the idea of extending the UN-brokered truce, citing the coalition’s continued breach of the terms.

The ceasefire agreement, initially implemented on 2 April, was extended for two months on 2 June, and is set to expire next month.

Aside from detaining Yemeni-bound fuel ships, the essential cargo on those ships has been routinely looted and sold on the black market.

The Yemeni government has accused the Saudi-led coalition of carrying out a systematic campaign aimed at depleting the country’s natural resources by the consistent looting of Yemeni gas and crude oil.

According to government officials, the coalition has looted and sold millions of barrels of Yemeni crude oil – worth hundreds of millions of dollars – by dispatching large tankers that arrive at the country’s ports “at an almost monthly rate,” media reported.

On 26 June, a tanker operated by the UAE set off from Radhum port in Yemen’s southern Shabwa province, having stolen more than 400,000 barrels of crude oil from the oil-rich region, according to the state-run Saba News Agency.

On 3 July, the prime minister of the Sanaa government, Abdulaziz Saleh bin Habtoor, said that the looting of Yemen’s oil by the Saudi-led coalition is carried out under US directives, and is part of a scheme by Washington to control Yemeni oil through its Gulf allies.

The theft of much-needed oil derivatives in Yemen exacerbates the multiple crises affecting the country, including an imminent famine.

According to a recent UN report, 19 million Yemenis are currently facing severe hunger, the highest number since the start of the invasion by the Saudi-led coalition in 2015.

Nutrition and fasting in Somali Culture