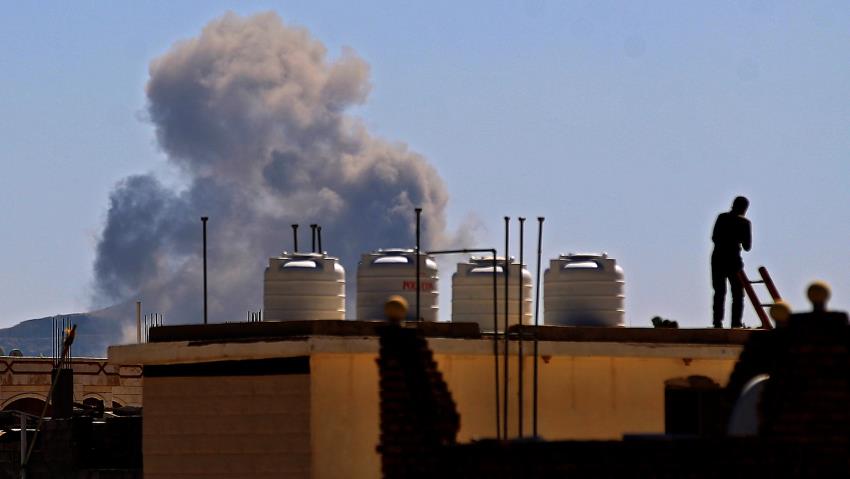 The Saudi-led international coalition has carried out airstrikes against Houthi rebels near the Yemeni capital Sana’a
Houthi forces in Yemen were targeted in a series of attacks by the Saudi-led coalition, Reuters reported on Friday.
The coalition, which intervened in Yemen against the Houthi rebels in 2015, carried out air raids on barracks used by the Iran-backed group around the Yemeni capital Sanaa on Friday, according to local residents.

Reuters reported on Friday that it wasn’t clear whether the raids caused casualties.

On Monday, the Houthis reportedly launched a missile attack on Saudi oil facilities in Jeddah, damaging a tanker.

The coalition then destroyed two mines allegedly planted by the Houthis in the Red Sea, Saudi state TV reported at the time.

The move was called a “serious escalation” by the Saudi-led coalition.

However, Reuters also reported that Saudi Arabia had established channels to cultivate dialogue with the Houthi rebels, according to Reuters.

The Houthis have previously offered to halt cross-border missile and drone attacks on Saudi cities if the coalition ended airstrikes on Yemen.

Yemen’s conflict has brought the country to the verge of famine, and it is difficult for humanitarian aid to reach the country amid the Covid-19 pandemic.

Over 100,000 people have been killed over the past five years. The complex conflict began after the Houthi rebels seized control of Sana’a from the internationally-recognized government of President Abed Rabbo Mansour Hadi, which Saudi Arabia supports.

UN Secretary-General Antonio Guterres has said that the reasons for the heightened threat of famine include a sharp drop in funding for aUN-coordinated relief program, the instability of the Yemeni currency and the warring parties imposing “impediments” for relief organisations.