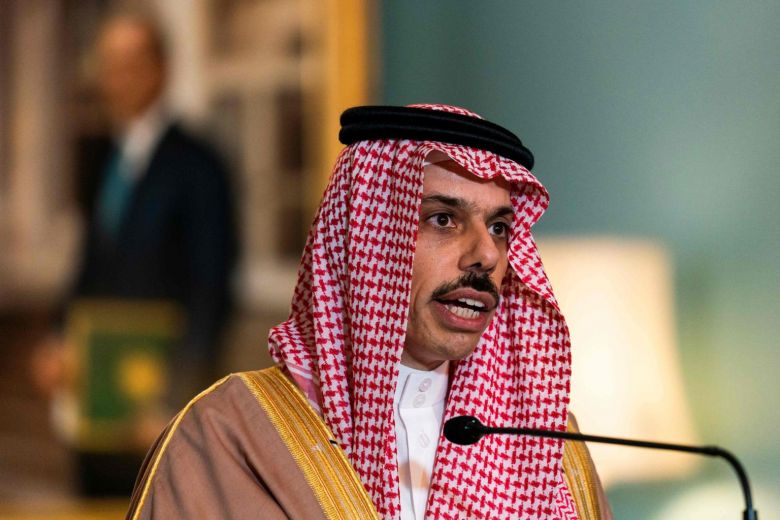 Saudi Arabia’s foreign minister signaled progress may be underway toward resolving the three-year-old rift with its neighbor Qatar, following a meeting in Washington with Secretary of State Michael Pompeo.

“We continue to be willing to engage with our Qatari brothers, and we hope that they are as committed to that engagement,” Prince Faisal bin Farhan said in a virtual discussion hosted by the Washington Institute for Near East Policy on Thursday. “But we do need to address the legitimate security concerns of the quartet, and I think there is a path toward that” with a solution “in the relatively near future.”

The rift in relations started in June 2017, when Saudi Arabia, the U.A.E., Bahrain and Egypt abruptly severed diplomatic, trade and transport ties with Qatar, saying its government supported militant groups and had meddled in their internal affairs for years. Qatar has vehemently denied those claims. In June, Kuwait, a mediator between Qatar and its quartet of Gulf Arab neighbors, said there was progress toward resolving the standoff. Yet the crisis continues.

Prince Faisal visited Washington for a U.S.-Saudi strategic dialogue at the State Department on Wednesday that included discussions about relations with Israel, the U.S’s “maximum pressure” campaign against Iran and the war in Yemen.

The Trump administration has leaned on the Saudis to normalize relations with Israel, as the United Arab Emirates and Bahrain agreed to do. But Prince Faisal said the focus should remain on Palestinian-Israeli peace talks before any formal rapprochement between Israel and Saudi Arabia.

He said Saudi Arabia isn’t looking for conflict with Iran but argued that Trump’s maximum pressure campaign is working, weakening the regime and depleting it of the resources needed to prop up its proxies in the region. He said the goal of such pressure must be to bring Iran back to the negotiating table for a “JCPOA ++”, a reference to 2015 Iran deal known as the Joint Comprehensive Plan of Action. Trump quit the accord in 2018.

Although the event’s moderator observed that Saudi Arabia might face more pressure if Democrat Joe Biden wins the November presidential election, Prince Faisal said that the Saudi-U.S. relationship will endure any domestic changes in the U.S. He acknowledged the U.S. is undergoing a unique presidential campaign.

“The U.S. is a robust democracy going through a very interesting process,” he said.