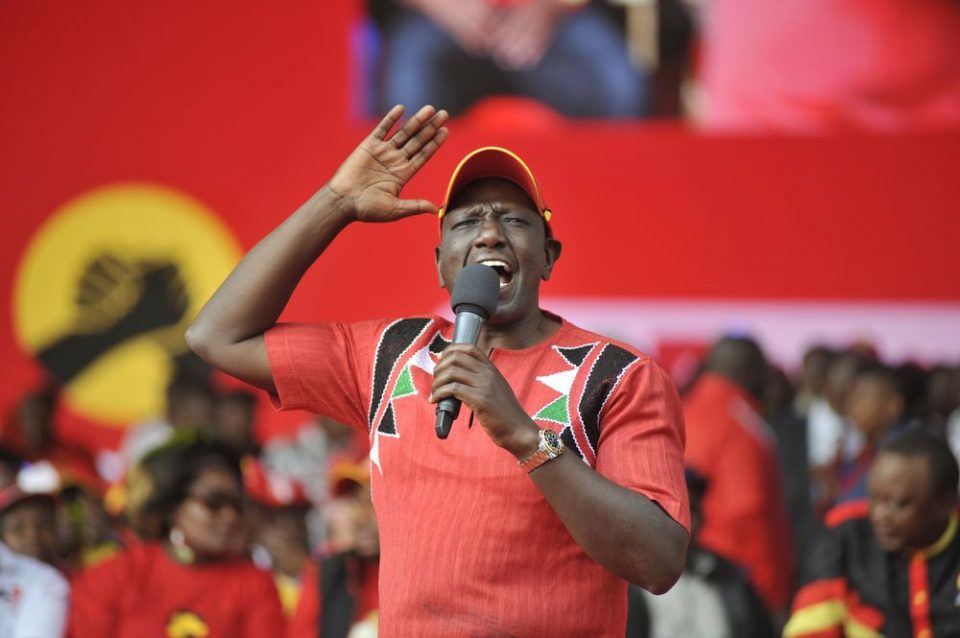 Officials in Kenya’s ruling party recommended that William Ruto be stripped of his post as deputy leader, the latest sign of a widening rift with President Uhuru Kenyatta.

The Jubilee Party’s management committee made the recommendation after Ruto, who is also deputy president, attended the official opening of an office of a group known as Jubilee Asili, a political faction backed by allies of Ruto, Secretary-General Raphael Tuju said.

The ruling party also plans to bar Ruto from using its offices for his presidential campaign, Tuju said in remarks broadcast Friday on state television.

“The deputy party leader, as a self-declared presidential candidate of 2022, will not be allowed to use the party headquarters as a center of operationalization of his 2022 campaign,” Tuju said.

Kenyatta and Ruto have increasingly been at odds since they won a second term on a joint ticket in 2017. Over the past three years, Kenyatta has struck alliances with opposition leaders who are also considered possible presidential contenders, undermining Ruto’s bid to succeed him.

“So Tuju recommends to Uhuru Kenyatta to part ways with William Ruto a day after the president said he wants to unite the country together with his deputy?,” Kipchumba Murkomen, a senator and ally of Ruto, said in a post on his Twitter account. “Who is fooling who?”