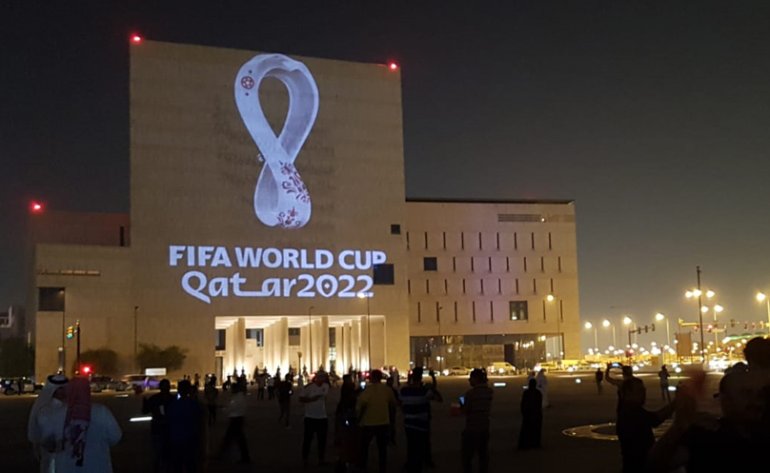 The official logo of the ‘FIFA World Cup Qatar 2022

US prosecutors concluded yesterday that officials of world football’s governing body were bribed before voting in favour of awarding Qatar and Russia the right to host the FIFA World Cup in 2022 and 2018 respectively.

The conclusion was reached after a lengthy investigation.

A 70-page document contains details of the investigation. Several former executive committee members of FIFA “were offered or received bribes in connection with their votes,” the probe found.

The American prosecutors said that they had evidence of “profiteering and bribery in international soccer” which they claim, “have been deep-seated and commonly known practices for decades.” Accusations of corruption were also levelled at a sports marketing company and three media executives.

Nicolas Leoz, the former president of South America’s football governing body, Conmebol, and ex-Brazil Federation supremo Ricardo Teixeir are both accused of taking money “in exchange for their votes in favour of Qatar to host the 2022 World Cup.”

Qatar has denied acting improperly despite persist allegations of bribery since the rich Gulf state won the right to host football’s biggest tournament ten years ago. Significantly, it beat the US to the finish line.

Yesterday’s indictment does not specify who was behind the alleged bribery, a fact that is likely to be cited by the Qataris while insisting on their innocence over the matter. Previous probes have failed to connect officials in Doha directly with bribery.

Nevertheless, with Russia having staged the World Cup almost two years ago, focus is likely to turn once again on the Gulf State. Whether FIFA will reopen an inquiry into how the votes were cast is not yet clear.

The choice of Qatar as the host for the 2022 FIFA World Cup has been a bone of contention with its neighbours in the Gulf. Saudi Arabia and the UAE in particular have watched enviously at Qatar preparing to take centre stage for months and have insisted that the honour of hosting the tournament should be shared across the region.

Last year, the UAE was discovered to have employed the services of a British Conservative MP and a London-based public relations firm in a campaign to paint the government in Doha in a negative light and have the tournament taken away from Qatar.