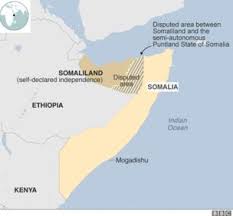 Climate change is hampering peacebuilding in Somalia as droughts and floods strengthen the hand of militants and weaken the power of government, a report said on Wednesday.

UNSOM has been in the east African nation since 2013 to advise government on how best to cement peace, be it disarming fighters or bringing rival communities together.

“What surprised me most was the impact that climate change has on pretty much every element of UNSOM’s mandate,” report co-author Florian Krampe told the Thomson Reuters Foundation.

“Climate change deeply burdens UNSOM in its work to provide peace and security, and also in its efforts to establish functioning governance and judicial systems.”

The overthrow of President Siad Barre in 1991 plunged Somalia into almost three decades of violent turmoil – first at the hands of clan warlords then Islamist militants, Al Shabaab, which wants to topple Somalia’s central government.

The insurgents, who are allied with al Qaeda, were driven out of the capital Mogadishu in 2011. They have now lost nearly all their territory but continue to carry out attacks.

Add climate problems to the political instability and ever-present threat of violence, and a lasting peace becomes elusive.

Climate change is taking a toll right across the Horn of Africa, with increasingly erratic weather and low rainfall common in Kenya, Somalia, Uganda and Ethiopia.

The recurring dry spells destroy crops and pastures, pushing millions of people to the brink of extreme hunger.

According to the U.N., more than 2.5 million people in Somalia have been forced from their homes by drought and insecurity in recent years; many are now at risk of starvation.

The report said rising conflict between cattle herders and farmers over water and land was a challenge for UNSOM, while people on the move were vulnerable to recruitment by Al Shabaab.

“Climate impacts have contributed to an increase in the number of IDPs (internally displaced people) that moved to urban areas, such as Mogadishu, and who are living in improvised camps,” said the report.

“These camps have become hotspots for criminal activities such as human trafficking and child exploitation, and a recruitment ground for Al Shabaab.”

A pickup in migration has also robbed UNSOM of the elders who typically mediate conflicts, leaving a gap in local governance, researchers added.

The report found Al Shabaab had learned to take advantage of natural disasters by helping victims and legitimizing its power.

“Al Shabaab collects food and money through its distribution centres, to provide disaster relief to those affected,” it said.

“The increasingly cyclical occurrence of drought, flood and famine assures Al Shabaab the opportunity to showcase its position as a relief provider.”

UNSOM said it “broadly” agreed with the report, but disputed researchers’ belief there was a lack of donor awareness about the heavy social impact of environmental problems.