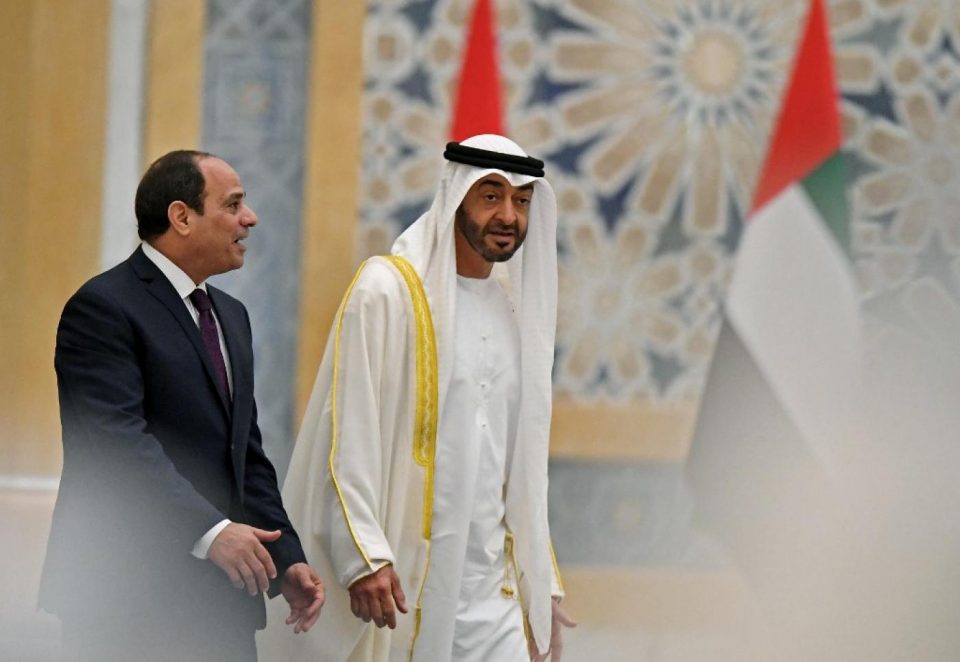 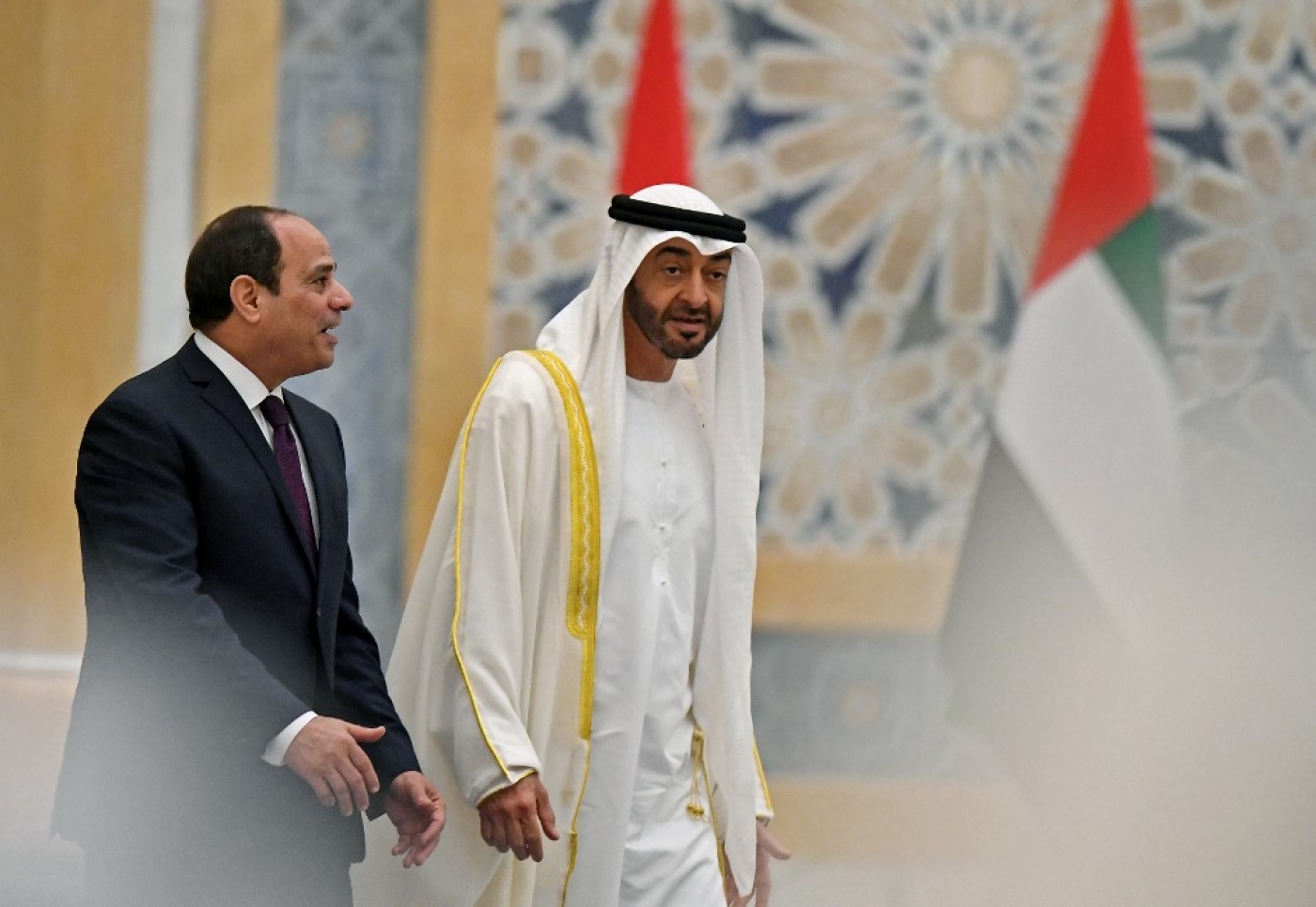 Abu Dhabi has firmly established itself as a cyber powerhouse, using its cyber capabilities not just for sabotage and espionage, but increasingly for subversion as well – that is, weaponising narratives to undermine civil society in the MENA region.

Contrary to conventional wisdom, the UAE’s foreign policy is far from secular. Its meta-narrative of “tolerance” and “religious coexistence” is not just a soft power tool to depoliticise Islam and undermine Islamism in the region; it also serves as a shell, albeit intellectually hollow, to promote a form of Islam that is politically quietist.

The UAE well understands the power of religion and ideology to mobilise and demobilise civil society in the Arab world. Its promotion of Sufism is everything but secular: it serves as an ideological and religious footing for its aggressive foreign policy stance in the region.

Separation of mosque and state

Since the mid-2000s, Abu Dhabi, the centre of gravity of the seven-emirate federation of the UAE, has been on the offensive, promoting a form of “Emirati exceptionalism” that not only rests on relative social and economic liberties, but also advocates a separation of mosque and state.

Some have come to hail Abu Dhabi’s model as Jeffersonian: a Middle Eastern state that promotes secularism in the region is a gift for Western neoconservatives and illiberal liberals who view the role of Islam in Middle Eastern states as problematic.

The UAE’s narrative was purposefully designed to appeal to a Western, particularly American audience, in the aftermath of 9/11, the Islamist surge during the Arab Spring, and the rise of the Islamic State.

The angst over political Islam among Abu Dhabi’s elite emanates from the belief that the narratives of Islam, once married with political objectives, can no longer be controlled by the state

Yet, for Abu Dhabi, its crusade against Islam in the political space has another, more sinister objective: depoliticising civil society while monopolising sociopolitical power and authority in the hands of the state. Abu Dhabi’s Islamist paranoia is rooted in a deep-seated fear of the soft power appeal of political Islam as the traditional opposition to the region’s authoritarian status quo.

The angst over political Islam among Abu Dhabi’s elite emanates from the belief that the narratives of Islam, once married with political objectives, can no longer be controlled by the state or the regime, creating a potential civil-societal dynamic that could undermine the status quo. The Arab Spring was a case in point.

Hence, as the old authoritarian status quo started to crumble in 2011, the UAE was quick to mobilise its financial and military power to shape the region’s future sociopolitical trajectory. From Libya, to Egypt, to Yemen and Sudan, the UAE has been the region’s foremost counterrevolutionary force, trying to install or support regimes that contain civil society, champion military rule and remain immune to the appeal of political Islam.

But what Abu Dhabi needed was an alternative narrative, one that was able to whitewash authoritarian crackdowns as counterterrorist operations promoting secular “tolerance”.

Sufism, a politically quietist branch of Islam embracing its more intrinsic virtues, offered exactly that: an alternative narrative of Islam based on a more palatable version of a religion that has widely been vilified in the West.

As the self-proclaimed champion of counterterrorism, Abu Dhabi has used Sufism skilfully to represent the “true Islam” – one that offers an apparent panacea for curing the extremist elements of Salafism, while providing a simplistic ontological basis for counter-extremism that entirely rests on theology, thereby neglecting the empirical evidence of sociopolitical factors driving extremism.

In so doing, Abu Dhabi has nurtured theological centres in Libya, Egypt and the UAE, which would propagate a version of Islam that at first sight is quietist, but at a closer look is just as political in its instrumentalisation as other forms of political Islam.

When the 2016 Grozny conference on Sunni Islam, jointly financed by the UAE and Egypt and coordinated by Chechen President Ramzan Kadyrov – a personal friend of Abu Dhabi Crown Prince Mohammed bin Zayed – called for a return to a more “tolerant” version of Islam that rejected political activism, the message was political.

When the UAE’s Forum for Promoting Peace in Muslim Societies, led by Sufi scholar Sheikh Abdallah bin Bayyah, called for the separation of mosque and state, the message was political, calling for the de-politicisation of civil society and making obedience to the political ruler an Islamic virtue.

Instrumentalised as a geopolitical soft power tool by the UAE via the promotion of theological centres, conferences and scholars, Sufism becomes a not-so-quietist counterpole to Salafism. It provides the moral justification for clamping down on political opposition and civil society, offering a theological foundation for the moral equivalence between Islamism and terrorism – both vital elements of Abu Dhabi’s communications strategy in the region.

When Libya’s Khalifa Haftar indiscriminately uses violence to advance on the UN-backed government in Tripoli; when Egypt’s Abdel Fattah al-Sisi violently clamps down on dissidents; or when the Southern Transitional Council runs torture camps for Islamists in Yemen, the UAE’s theological (dis)information network provides ideological justification.

In so doing, the UAE has politicised the secularisation of politics as a means to ideologically make sense of its foreign policy objectives. It has become instrumental to the maintenance of regime legitimacy in Libya, Egypt and Abu Dhabi, and features as a central theme in the meta-narrative of “tolerance” – a narrative that preaches tolerance for religious coexistence, while legitimising intolerance towards those who oppose the sociopolitical status quo.

Andreas Krieg
Dr. Andreas Krieg is an assistant professor at the Defence Studies Department of King’s College London and a strategic risk consultant working for governmental and commercial clients in the Middle East. He recently published a book called ‘Socio-political order and security in the Arab World’.
previous post