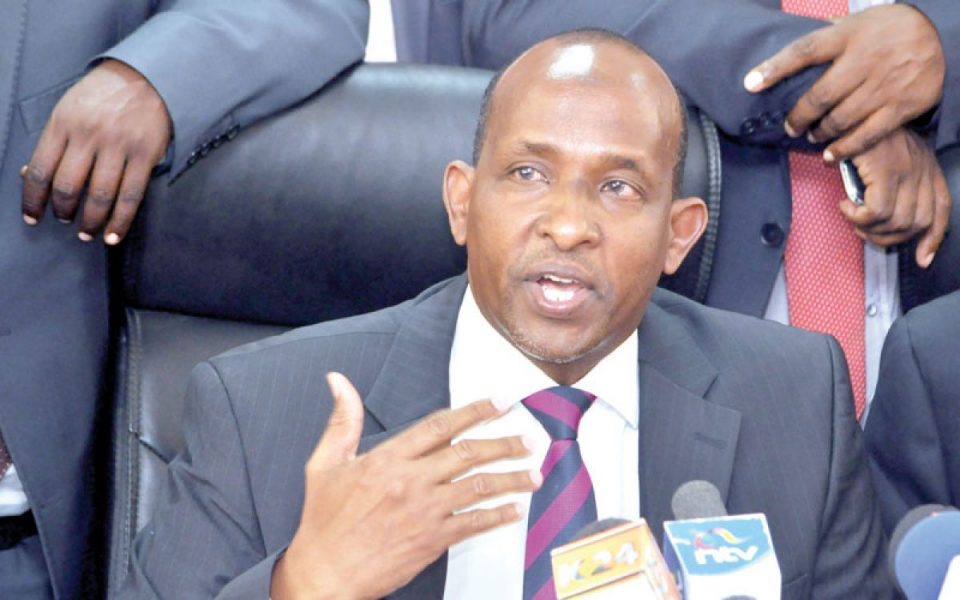 Temperatures over 2022 succession politics continued to rise Monday with National Assembly Majority leader Aden Duale making claims of a “secret card” between President Uhuru Kenyatta and his deputy, William Ruto, that could see ODM leader Raila Odinga face yet another “harshest betrayal of his life.”

But even as Mr Duale, a confidant of Dr Ruto, alleged “the shocker” against Mr Odinga, other allies of the DP reiterated their claims of yet another plot by the “dynasties” to gang up against him in 2022 to protect their wealth.

This came barely a day after insiders in ODM party said plans were under way for a coalition between the party, President Kenyatta’s Jubilee and Gideon Moi’s Kanu, among other parties.

On Monday, Jubilee deputy secretary-general Caleb Kositany dismissed such an arrangement, noting that “only an army can wrestle Jubilee from Ruto”. However, he was quick to add that they still have options of joining other parties altogether.

“There are several parties in Kenya, but there is no way someone is going to take Jubilee unless they are coming with an army.”

“If they follow the law then there is nobody who is going to kick us out of Jubilee,” Mr Kositany said.

But Mr Duale warned Mr Odinga of a coming political shocker and wondered why “he had not learnt from history.”

“Mark my words, Jubilee will be one, Uhuru Kenyatta will back William Ruto. All these stories, my friend, for you to go to a merger, you must call a National Delegates Conference (NDC) after National Executive Council (NEC) and National Governing Council (NGC) which is yet to happen,” Mr Duale said.

He also poured cold water on the possibility of formation of a Government of National Unity (GNU) after coronavirus pandemic, noting that it was unconstitutional.

Some allies of President Kenyatta, including Jubilee vice chairman David Murathe, Kirinyaga Governor Anne Waiguru, MPs Wambugu Ngunjiri (Nyeri Town) and Joshua Kuttuny (Cherangany) had said that the president was at liberty to reorganise his government at any given time and nothing would bar him from forming a unity government.

Mr Duale said: “The Constitution does not allow formation of a Government of National Unity. The only time we had a GNU was when we had the National Accord in 2008. These guys must see reality.”

But ODM national chairman John Mbadi dismissed Mr Duale’s claims, saying he was only privy to plans by the Tangatanga wing of Jubilee and his sentiments do not reflect President Kenyatta’s ideologies.

“There is nothing secret about politics. Politics is about what agenda will sell. In fact those who have secret cards don’t say them,” Mr Mbadi said.

“The moment you say you have a secret card, it ceases to be secret,” the ODM chairman said.

He went on: “2022 is still far and we have enough time for campaigns, coalition building, strategies, for secret cards or no secret cards … but this is the wrong time to discuss all these things. We should be trying to address the problem before us, which is the pandemic.”

“He is busy building roads. He is busy doing cash transfers to the elderly. He is busy fighting corona. As to secret cards and dynamic talk, those are issues that he cannot involve himself in. Let’s wait for 2022, he will immerse himself in politics and give directions,” Mr Kang’ata said.

Nandi Senator Samson Cherargei said the genesis of the problems in the country is politics of “deception and conmanship” brought about by the infamous “handshake.”

“Theirs is an act of desperation of getting power. I didn’t know Raila is so desperate such that he is now pushing to have a GNU. This is the nusu mkate (shared power)that we have all along been linking him with,” Mr Cherargei said.