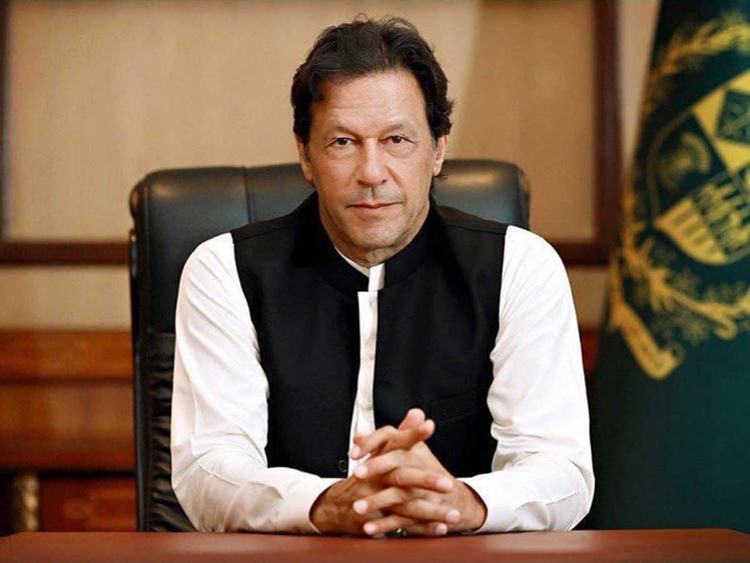 ISLAMABAD: Prime Minister Imran Khan has taken a clear and unequivocal stand, saying the founder of Pakistan Quaid-i-Azam Muhammad Ali Jinnah had made it clear that until the Palestinians get their due rights, they will not recognise Israel.

About China, a long time friend of Pakistan, Imran Khan said that it should be clear that our future is connected with China. He said China has stood by Pakistan in every good and bad time. “We are further strengthening our ties with China. China also needs Pakistan very much. Unfortunately, Western countries are using India against China,” he said.

The prime minister said that earlier America used Pakistan for war, and today both are partners in peace. “We are partners in the peace process in Afghanistan. Kashmir issue is being highlighted in the world. Kashmir has been debated three times in the United Nations,” he said.

The prime minister said that Madina was the first welfare state where the law was equal for all. He said Pakistan was also built in the name of Islamic welfare state. “I am trying to make the country a welfare state. Eighth and ninth grade children will be taught about the life of the Holy Prophet (Peace Be Upon Him) in all schools in Pakistan,” he noted.

Imran Khan maintained that if the poor class must be helped if a country wants progress. He said there are benefits for the small class in Pakistan who do not pay taxes.

“When I came to power, the economy was on the verge of bankruptcy and institutions were destroyed. The system in Pakistan is such that everything can be done by paying money; there are barriers for small business owners, while the powerful can get everything done by paying money. The elite class considers itself above the law. When the NAB calls them, they say the country is ruined. That is why the elite class has been in a cycle of overthrowing the government for two consecutive years,” he said.

The prime minister said that it is difficult to sleep thinking about energy issues. He said that reducing electricity distribution, theft and line losses alone is not the solution to the problem. He said unless the cost of power generation is brought down, the problem will not be solved completely.

Imran Khan said that the future of Pakistan depends on industry. “Unless we become an industrial country, we cannot move forward. Last year, 2,000 billion were repaid in instalments, this year it is 2,700 billion. Until we become an industrialised country, these debt repayments will continue to increase. We will now also bring down the prices of electricity generated in government power plants. The government is coming up with a plan to improve power plants and distribution. The power policy is almost ready, we will bring it to the notice of the people in a week or two,” he shared.

Imran Khan said the liquor licence case against Usman Buzdar was a joke. “Asking for a liquor licence is the Excise Department’s duty. The chief minister of a large province was summoned to the NAB and suspicion was raised. If there is a strong case, first of all I would say that Usman should resign,” he said.

Imran Khan said that the problem of Usman Buzdar is that he does not go to the media much and does not defend himself. “It is unfortunate to say that there are people among us who speak against the chief minister of Punjab, the way he is attacked, it is a pity,” the premier said.

The prime minister once again defended Usman Buzdar and said the PTI has come to power for the first time in Punjab. “Our party did not have the experience of power in the federation and Punjab, mistakes were bound to happen. In Punjab, there is a bureaucracy imposed by the Sharif family. Now we have reached the right combination in Punjab, now the system will work properly. I think Punjab is moving in the right direction,” he said.

The premier said that when Nawaz Sharif became the chief minister for the first time, he did not hold a press conference before delivering the envelope. He said Usman Buzdar is learning. “In these two years, I have also learned, it took me a while to understand, I am reviewing all the provinces, Punjab is moving forward very fast,” he said.

The premier said that from the beginning Pakistan’s situation was not like that of Europe, but he was severely criticised. Our intention should be to always give priority to the poor. Many in our party called for a lockdown, but I resisted,” he said.

About Jahangir Tareen, a key PTI leader and political leader, the prime minister said that he struggled with him the most during the last eight years. Unfortunately, he said, when the investigation was carried out, Jahangir Tareen’s name also came up. “I was very sorry to hear his name. The leader must be honest and trustworthy,” he said.

The prime minister said that it hurts a lot when he looks at Karachi. “Without the politics of linguistics in the 80s, Karachi would have developed a lot. The Muttahida founder’s gun culture wreaked havoc in Karachi. The loss of Karachi caused a lot of damage to Pakistan. Karachi’s problem is the lack of a local government system. Our case is pending in the Supreme Court regarding the local system of Karachi,” he said.

Imran Khan said Karachi should have a metropolitan system. “The situation in Karachi is very bad. We are going to make decisions regarding Karachi, the situation will be better now,” he said.

Imran Khan said that money is made by hoarding. “There are cartels everywhere in the country. Everywhere people are artificially raising prices,” he said. The premier said double amount of sugar was sold last month. He said sugar from Punjab was being hoarded in Sindh. He said the PTI has no government in Sindh.

The prime minister said the country is destroyed when the prime minister and ministers are corrupt. He said it was very easy for him to compromise with the opposition and the government would run very easily, but he would never do that.

Sourced from: THE NEWS