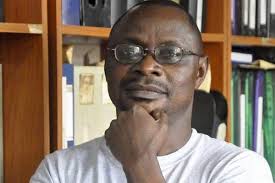 We have heard what Mr Paul Kagame wants from Mr Museveni. But we don’t often hear Mr Museveni’s demands; aren’t there any? May be just ‘opening the border’?
At the beginning of the current recurring Uganda-Rwanda feud, Dr Theogene Rudasingwa ‘advised’ Mr Museveni to avoid being manipulated to a negotiating table. But what we are seeing now seems to be what Dr Rudasingwa predicted. The said Dr Rudansingwa, now a dissident opposed to Mr Kagame, was president Kagame’s former Dircab (principal private secretary).

Indeed, Mr Museveni seems to have been manipulated to the ‘negotiation’ table and seems to have all the odds staked against him. One of the photo from Angola told it all: Three men this side and an ‘odd man’ that side.
Mr Museveni’s biggest mistake was to stop government actors from responding to Rwanda’s accusations. Indeed he has been seen struggling to avoid questions related to the Uganda-Rwanda issues. But Rwandan authorities were saying whatever they wanted. Mr Kagame even said Rwandans released from detention in Uganda had been tortured and some were hospitalised on reaching Rwanda. So, as Mr Museveni was playing it cool, the other side was mobilising international public opinion and the media.

Talking is good, but Mr Museveni doesn’t seem to have any bargain in this particular talking. All we hear is Rwanda making demands; some bordering on the sanctity of State sovereignty (and delivered in a language one would not fathom). It seems all Mr Museveni wants is the opening of the border. But boss, isn’t there other issues that you would like Rwandans to stop doing on Ugandan soil?
The Uganda-Rwanda row has actually brought out the literary meaning of the word ‘verbal’ in diplomacy’s traditional instrument frozen in French as Note Verbal. All you hear are verbal shouts; the word ‘rubbish’ thrown here and ‘nonsense’ thrown there.

Even with Note Verbal, diplomacy (or more appropriately State-to-state business) is not verbal. Where it is verbal, it is coached in State secrecy, mutual respect and decorum. The bad (or may be good) thing with negotiations (or diplomacy) is that the moment one is at the negotiating table, one is expected to offer concessions; if only for respecting the mediating team or your protagonist.
At the negotiating table, one is under some kind of subtle compulsion to make concessions. But Rwandans are not used to making concessions: For them, it is negotiations on our terms. We make demands and others respond.
And so, Rwanda’s demands to Uganda are now clear:
l Mr Museveni should release all the Rwandans detained in Uganda.
l Stop supporting rebels fighting Kagame’s government. ‘And then the border would open automatically…’ Phew!

Everything with the current chilly Uganda-Rwanda relationship looks like some kind of masterful piece of choreography. Let me pass through the steps of this masterpiece choreography.
Step One: Raise the tempo of the diplomatic row to the level where it borders on a situation of war. This is aimed at attracting the interest of regional or international diplomatic actors.

Step Two: With regional or international interest in the bag, a mechanism is created under which the warring parties would be advised (by regional or international actors) to exercise restraint (de-escalate the tensions and avoid a war).
Step Three: Regional or international actors set negotiations table at which the warring parties would talk.
Step Four: At the negotiating table, all the protagonists are equal parties. That’s where the psychological and emotional blackmail (via demands) begins. Sometimes one even wonders whether there is a cumulative or archival memory in the intelligence services. These are the same tactics that played out in the Kisangani incidents.