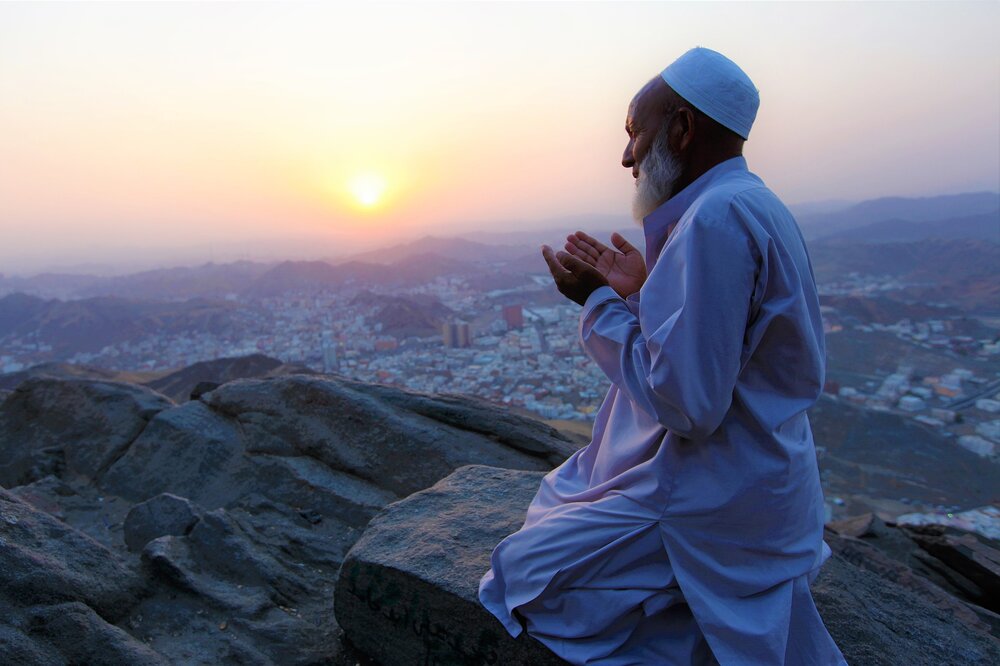 There are many ways of understanding Jihad and while it can be described broadly as a war against the enemies of Islam, this is only one of the interpretations. But since the emergence of radical Islamic revolutionary groups in the Egypt of the 1970s and 80s, it has been the one that secures the boldest headlines.

Jihad is an Arabic word related to the idea of self-improvement. (Creative Commons Photo)

The much feared “holy war” connotation that media pundits and government officials too often attribute to Jihad is deceiving. The term has a far more complex meaning, which revolves around the concept of “improving oneself.” In specific situations, Jihad can also signify war or violent struggle. But such situations are rare and confined by strict legal and religious boundaries.

Jihad derives from the Arabic root J h D (ج ه د) and the verb Jahada (جَهَدَ). It translates to “strive, making an effort, or applying oneself to achieve a goal.” Therefore, Jihad is a word related to the idea of self-improvement. The Islamic philosopher Abdul Hamid al-Ghazali (1058-1111 AD) described the Jihad-related term ijtihad’ as the exercise of striving to achieve the outmost expertise in a given subject. From that interpretation other philosophers of Islam’s golden age applied the term to jurisprudence. In this sense, ijtihad represented the effort of legal scholars in mastering fiqh (the study of the law, or the study of Shari’a). And in Shiite Islam, practitioners of ijtihad, or mujtahids, are the legal scholars and judges.

Not only is the idea of aggression missing from Jihad, the term describes noble human activities, associated with internal struggles to overcome obstacles.

In the West, apart from a few specialists, most people interpret this beautiful concept as the fiercest form of religiously mandated violence; Jihad has become the very synonym for terror. Yet, not only is the idea of aggression missing from Jihad, the term describes noble human activities, associated with internal struggles to overcome obstacles, instincts, and self-doubt. Jihad might be best described as the effort to elevate one’s character or psyche. It’s a concept that clearly applies to the individual’s journey to believe and to have faith. Even Jesus Christ might be said to have experienced a Jihad when, after being baptized, according to religious texts, he spent 40 days and 40 nights fasting in the desert. During this period, Satan tempted Jesus three times to compromise his mission.

The sacred Islamic texts do distinguish, however, al-Jihad al-Asghar from al-Jihad al-Akbar – that is “smaller Jihad” from “greater Jihad.” It is the latter, the great Jihad, or great effort exerted within the believer in pursuit of a higher plane of faith, that is the most important. The small Jihad implies an external war to defend the ‘Umma (believing community) from outsiders and “infidels” – or enemies – and only when responding to acts of aggression. Jihad can be incited against other Muslims. A Muslim leader, who wants to lead a Jihad against another Muslim nation, however, must first declare his intended enemies to be kafir, that is atheists or unbelievers as occurred recently in the case of the Iran-Iraq war, the war in Syria, the 1990s’ war in Algeria, and in Egypt starting in the 1970s.

Those who perform it for such purposes are mujahidin, such as the Afghan patriots who fought against the Soviet invaders in the 1980s – or in the case of those who fought the Crusaders in the 11th and 12th centuries. In recent decades, and without the due nuances, it is the latter form of Jihad, interpreted as “holy war,” that has prevailed as a concept in the West, obscuring the other and more important component. Thus, the most familiar expression of “holy war” related to the term Jihad is not entirely wrong, but it does mislead. Indeed, it’s often an image that deceives, evoking fear of an invasion and colonization of Western lands in the pursuit of a worldwide Islamic theocracy.

The most familiar expression of “holy war” related to the term Jihad is not entirely wrong, but it does mislead.

More accurately, the contemporary meaning of Jihad might be better defined as a challenge to the cultural, economic, and political interference of the West (and the Communists in the 20th century) in the affairs of the Islamic world. Jihad in this sense is a defense against external enemies. This interpretation contrasts sharply with the one that Western media has perpetuated ad nauseam: Jihad as a synonym for terrorism and a deliberate challenge to “democracy” and Western lifestyle and values.

1970s Egypt and the Origin of the Distortions of Jihad

Jihad, let alone the shades of its meanings, were unknown to the general public in the West until the late 1990s. While the media – and many politicians – have abused the term, developments in Egypt during the 1980s, marked a period when thinkers and activists established the philosophical and religious underpinnings of a revolutionary political project which perpetuated misconceptions around Jihad. It was an ideological radicalization process that, in practice, resembled contemporary far-Left and self-determination movements in Europe such as the Red Brigades in Italy, Action-Directe in France, the Beider-Maanhof in Germany, Euskadi ta Askatasuna (ETA) in Spain, and the Irish Republican Army (IRA) in Ireland.

Indeed, even the principles of the Muslim Brotherhood (founded in 1928), which advanced the concept of an Islamic Order that would gradually, and peacefully, permeate through Egypt’s institutions, shared the visions of some European socialist thinkers of the 1920s, like Antonio Gramsci.

Gramsci stressed the pursuit and achievement of a cultural and moral domination, or hegemony, in order to then impose these notions on society with little resistance, to achieve political power. (In Islamic terms the Gramscian hegemony approach applied to Islam might be interpreted as a kind of Jihad al-Akbar).

As a result of President Gamal Abdel Nasser’s repression of the Muslim Brotherhood and arrest of one of its leaders, Sayyid Qutb – culminating in Qutb’s torture and execution in 1966; the failed wars against Israel of 1967 and 1973; the economic crises (bread riots); and the unilateral Camp David peace agreement with Israel of 1979, the Muslim Brotherhood’s hegemonic project changed radically.

The movements that evolved from the Muslim Brotherhood at the end of the 1970s targeted those who the group believed, by their actions, had renounced Islam.

Just as the radical leftists in Europe targeted representatives of the state and the capitalist system for assassination – for instance the Red Brigades kidnapped and murdered an Italian Prime Minister in 1978 – the movements that evolved from the Muslim Brotherhood at the end of the 1970s targeted those who the group believed, by their actions, had renounced Islam. And they challenged these individuals and institutions with direct violence, adapting Sayyed Qutb’s later ideas sent out during his time in Tura prison, which advocated a Jihad against apostasy and ignorance (jahiliyya). The idea was to challenge the “enemy” within the Muslim world – and those forces that had corrupted the Dar al-Islam (Muslim world): the West.

The Muslim Brotherhood, founded by Hasan al-Banna, who was succeeded by Hasan al-Hudaybi, did not subscribe to Qutb’s ideas. Rather than a Jihad al-Asghar, the Brotherhood continued to evolve along Gramscian lines, dismantling its armed wing and pursuing a political approach, which would eventually culminate in parliamentary representation with independent candidates and alliances with traditional parties like the Wafd.

Both former Egyptian Presidents Sadat and Mubarak tolerated the Brotherhood as a stalwart against the emergence of a strong secular opposition. But many rejected the political makeover. And the more “action” minded within the faction abandoned the Brotherhood to join and establish movements, which subscribed to revolutionary orientation, ready to put Qutb’s ideas into practice such as Takfir wa hijra (which led to the killing of one of Sadat’s ministers in 1977) and al-Jihad, whose militants killed Egyptian President Sadat in October 1981. As happens when ideologies and movements atomize into separate entities, ideas – often interpreted more liberally – become distorted.

One engineer, Muḥammad ʿAbd al-Salām Faraj, argued that performing an act of Jihad against an apostate ruler was the sixth pillar of Islam in his “al-Farida al-Ghaiba” (The Missing Obligation). Not only did Faraj’s pamphlet inspire the assassination of President Anwar Sadat, it would also continue to serve as a guide for extremist violence in Egypt throughout the 1980s and 1990s. Some theologians challenged the new self-declared “authorities” who interpreted the Qur’an ad-lib, often forcing the interpretation of selected verses to justify violence. And it is the very weak foundation in Islamic theology and jurisprudence, which has done so much damage to the idea of Jihad.

It is an almost universal attribute of all the new and self-taught “philosophers” of Shari’a that they lack the scholarly authority to pronounce interpretations of Jihad.

It is an almost universal attribute of all the new and self-taught “philosophers” of Shari’a that they lack the scholarly authority, let alone understanding of nuances, to pronounce interpretations of Jihad and other aspects of the faith. After all, the violent communist groups of Europe also engaged in the exegesis of foundational texts (Marx and Lenin for example), often lacking the philosophical tools.

In fact, it is very easy for untrained scholars to confuse actions that belong to Jihad from those that don’t. In that regard, imagine the confusion among Christians upon reading Luke 22:36, whereupon Jesus asks his followers to procure swords – a command that contrasts sharply with the usual “turn the other cheek” exhortations that the vast majority of Christians are asked to follow.

The media’s often deliberate lack of awareness about the Middle East, its socio-economic conditions, the involvement of internal and external (Western) actors, and Islam has allowed the confusion borne out of ignorance to perpetuate. This speaks volumes about the superficiality with which it approaches subjects relating to Jihad and Islam. That said, the specific social circumstances, particularly those in Egypt during the 1970s and 80s, played a significant role in shaping the West’s understanding – and manipulation – of the concept of Jihad. Clearly, a better use of appropriate terms and more study of the context of certain phenomena would ensure greater clarity and promote understanding between cultures – as opposed to encouraging a clash of civilizations.