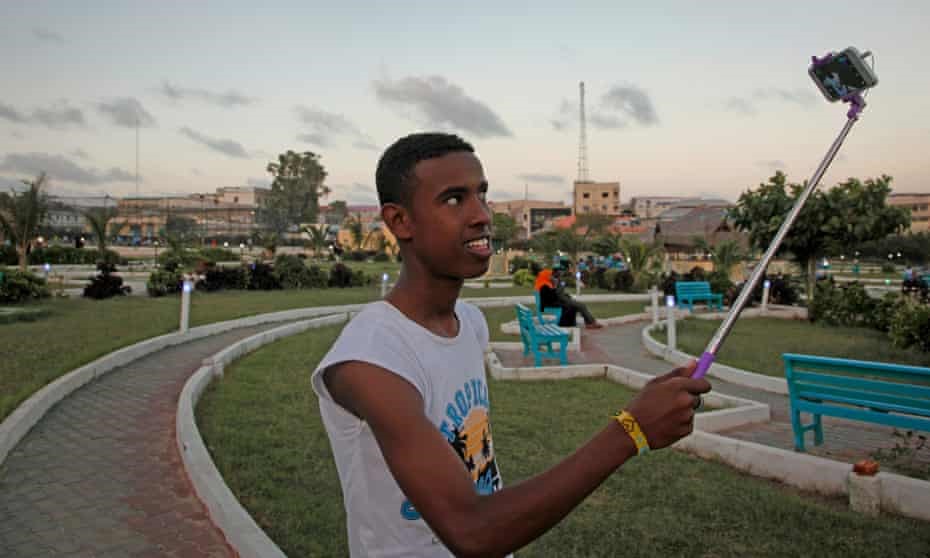 International efforts to stabilize Somalia have created a window for economic progress.

MOGADISHU, Somalia — As dawn breaks and calls to prayer fill the city, thousands of residents and traders head to the city’s markets, some carrying sacks filled to the brim with goods to sell, others holding large straw baskets to buy these up.

At Bakara, one of the city’s largest open-air markets, traders in slacks and sandals or colorful dresses and headscarves sell fruits and vegetables, clothing and cosmetics, camels’ legs and intestines, fuel and khat, a popular plant-based stimulant that is chewed across the region. By the time the market opens at 6 a.m., traders, mechanics, metalworkers, tailors, and hairdressers are already busy chatting with customers. Groups of young men sit together chewing khat and sipping sweet black Somali tea.

“I’m happy with my business because it gives me huge profits,” says Amina Abdi, a mother of six who owns a fruit stall. “I use the profits from my business to pay rent, feed, and educate my children.”

While this might sound normal and even obvious in many countries, here in brutalized Somalia, such sentiments were rarely heard for decades.

Somalia has long been one of the world’s most dangerous countries. A civil war broke out in 1991 when warlords overthrew dictator Mohamed Siad Barre and then turned on one another. After one of the warlords killed UN peacekeepers, United States special forces moved in to disrupt his operations, leading to the failed “Black Hawk Down” raid that killed 18 Americans and hundreds of Somalis.

In the decades that followed, large swaths of Somalia were controlled by an al-Qaida-linked militant group, al-Shabab, which is responsible for terrorist attacks that have killed thousands of people internally and in Kenya and Uganda. The militants destroyed the infrastructure of the capital, leaving government offices, schools, health care centers, markets, and banks in rubble. Thousands of children displaced by the chaos and carnage of the civil war were abandoned to the streets. Others were recruited to fight. A famine in 2011 killed an estimated 260,000 Somalis.

But these days things are — miraculously, some say — slowly but surely improving. The African Union force in Somalia and the Somali National Army have pushed al-Shabab militants toward the margins of the country. American drone strikes have also targeted the group. The militants still set off bombs in the capital, and Somalia still ranks as one of the world’s most terrorized countries, but the numbers of attacks and deaths have both declined steadily since 2013.

Many residents say the blanket of fear in Mogadishu and elsewhere has mostly lifted.

“We are always afraid of the attacks, but life must go on,” Abdi says. “We’ve wasted a lot of time fighting each other, and it’s time to rebuild our lives despite the security challenges.”

That spirit infuses several residents I spoke with when I visited this spring — people who are rebuilding their businesses and personal lives. Somalis living abroad who have been raised and educated in the West and annually sent millions of dollars to the country in remittances — contributing up to 40 percent of the economy — are now opting to return to rebuild their homeland.

That’s prompted a real estate boom. New construction is popping up everywhere in the capital. Shops and houses built soon after independence from Britain in 1960 have been razed and replaced by shopping malls built by local businessmen and returning members of the Somali diaspora, according to Said Mohamed, 58, an investor and consultant who fled Somalia for Minnesota in 1994 but recently returned to the capital.