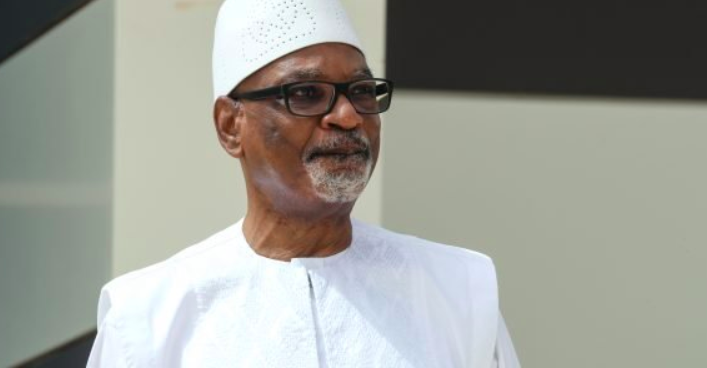 Ibrahim Boubacar Keïta and Boubou Cissé, the Malian President and Prime Minister, were arrested by soldiers late Tuesday in Bamako, a few hours after the start of a mutiny at a military base in Kati.

Ibrahim Boubacar Keïta (IBK) was at his Sebenikoro residence in Bamako when he was arrested by soldiers at around 4:30 p.m. local time.

He was then in the company of the Prime Minister, Boubou Cissé, and his son, Deputy Karim Keïta. This information was confirmed by several government and diplomatic sources.

IBK and his Prime Minister were taken to a base in Kati, 15km north of Bamako

The coup attempt had begun in the morning.

Shots had been heard at Kati’s Soundiata-Keïta military camp.

Armed men had burst into the camp in pick-ups, before shooting was exchanged with the military present at the site.

“Heavily armed pick-ups from Bamako entered the Soundiata-Keita camp and the men on board fired into the air. There was retaliation from the soldiers present, who thought it was an attack,” a Malian officer told us, on condition of anonymity. The shooting had then ceased, but the mutiny had continued and strengthened.

In the middle of the day, several hundred young people had gathered in Independence Square, chanting slogans in favour of Kati’s mutineers.

The president, Ibrahim Boubacar Keïta, had taken refuge in his Sebenikoro residence, accompanied by the prime minister, Boubou Cissé. Karim Keïta, deputy and son of the president, was also present.

At the end of the day, a crowd of demonstrators had gathered in front of the presidential residence. The government had then called for “reason and patriotism” and asked “to silence the guns”.

Several high-ranking officials in the hands of the mutineers

A few hours later, at 4.30 p.m. Bamako time, the mutineers then proceeded to arrest the president and his prime minister, who were taken away and escorted in their vehicles.

The Minister of Defence, Ibrahima Dahirou Dembélé, and several high-ranking officials are also in the hands of the mutineers and have been taken to the Kati camp.

Ecowas and the French presidency say they are monitoring the situation closely.

Earlier in the day, the French President spoke with his Malian counterpart to take stock of the situation.

Emmanuel Macron had also met with several Heads of State of the sub-region: Alassane Ouattara of Côte d’Ivoire, Macky Sall of Senegal and Mahamadou Issoufou of Nigeria, who is currently the current Chairman of ECOWAS, with whom Paris wishes to coordinate its action.