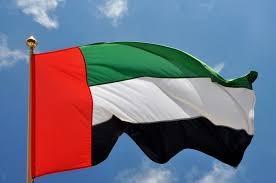 The UAE hired a US lobbying firm to convince Senators to impose sanctions on Turkey, the Anadolu Agency revealed.

The news agency said it had obtained an email sent by Charles Johnson, a partner at Akin Gump Strauss Hauer & Feld LLP lobbying group, that was sent a week after the House of Representatives passed its own sanctions legislation on Turkey.

Sent on 7 November, the email said: “Andrew & Matt – I am reaching out on behalf of our client, the Embassy of the United Arab Emirates, to underscore the UAE’s condemnation of Turkish aggression in Syria and support for sanctions measures against Turkey such as the House-passed Protect Against Conflict by Turkey Act.”

“I hope this information is helpful as you continue to monitor developments in Syria, and as the Senate considers potential sanctions measures,” he added.

The email also contained a number of links to support the claim that Qatar had supported the Turkish military operation in Syria.

It was not clear to whom the correspondence was sent while the UAE embassy in Washington did not respond to Anadolu’s request for a comment.

Why Abiy Ahmed’s Prosperity Party is good news for Ethiopia