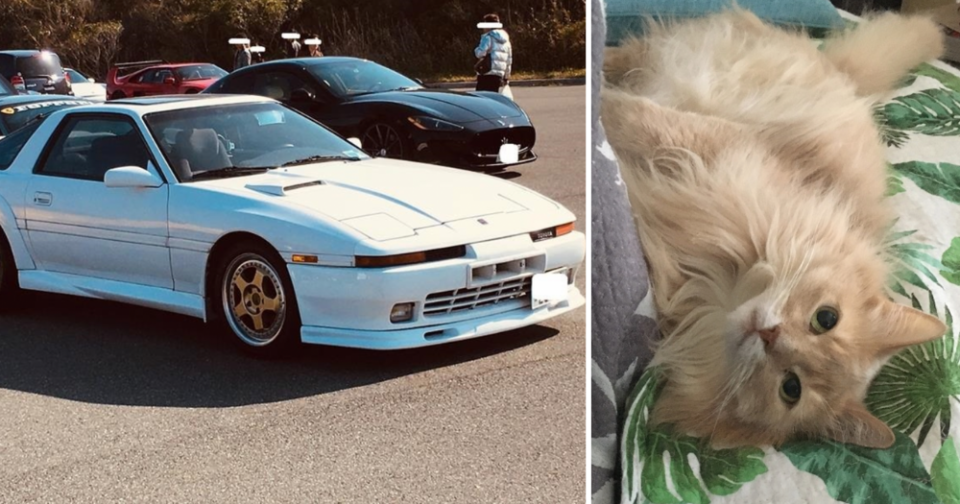 A Japanese man’s quest to raise money for his ailing pet cat ended on a heartwarming note when a compassionate buyer decided to help him out.

The man, who goes by the online name Leiz, had posted a listing on the Yahoo! Japan Auction site.

According to SoraNews, the Toyota Supra model typically has a price of around ¥1.35 million (S$16,497). However, Leiz had priced his car higher due to its sentimental value.

Leiz shared that he did not actually want to sell his car, but had to make the hard decision of letting the vehicle go in order to fund his pet cat’s medical bills.

The veterinary bills would cost at least ¥2 million (S$24,438), which explains why he was selling his Toyota Supra at a price higher than average.

“Buy it back from me”

Eventually, a buyer who lived near Leiz in Osaka contacted him and said that he was willing to purchase the car immediately for its listed price.

The buyer shared that he empathised with Leiz’s situation as he had a pet cat of his own as well, SoraNews reported.

Once purchased, the buyer planned to pay for various restoration costs, and even build a garage to store the car on his office property in order to protect the paint job from the elements.

The buyer however, had seemingly no intention of using the car.

“I’ll clean your Supra up and store it like a decoration,” he said, according to SoraNews.

In a surprising turn of events, the buyer also decided to eventually return the car to Leiz.

Once Leiz had paid for his cat’s medical treatments, the buyer said that Leiz could buy the car back from him for the same price he sold it for.

Leiz was also welcome to visit him and drive the car around.

“Think of me as a friend who likes the same car that you do, and when you miss it, come by to visit, and take it out for a spin,” the buyer said.

SoraNews reported that the buyer had also thrown in an additional ¥100,000 (S$1,222) during the sale to help with the cat’s medical treatments.