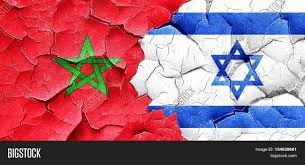 Much of the momentum behind the deal-making has been to present a united front against Iran and roll back its regional influence.

DECEMBER 10, 2020 18:46
A professional skydiver from Morocco carries the national flag as he flies over the pyramids of Giza during the international event “Jump Like a Pharaoh”, amid the coronavirus disease (COVID-19) outbreak, Giza, Egypt, November 8, 2020.
(photo credit: AMR ABDALLAH DALSH / REUTERS)

WASHINGTON – Israel and Morocco have agreed to normalize ties, US President Donald Trump announced on Thursday. Morocco will become the fourth Arab country to normalize relations with Israel in just four months, following the UAE, Bahrain and Sudan.

“Another HISTORIC breakthrough today!” Trump tweeted. “Our two GREAT friends Israel and the Kingdom of Morocco have agreed to full diplomatic relations – a massive breakthrough for peace in the Middle East!”

As part of the agreement, US President Donald Trump agreed to recognize Morocco’s sovereignty over the Western Sahara, where there has been a decades-old territorial dispute with Morocco pitted against the Algeria-backed Polisario Front, a breakaway movement that seeks to establish an independent state in the territory.

“Morocco’s serious, credible, and realistic autonomy proposal is the ONLY basis for a just and lasting solution for enduring peace and prosperity!” he tweeted.