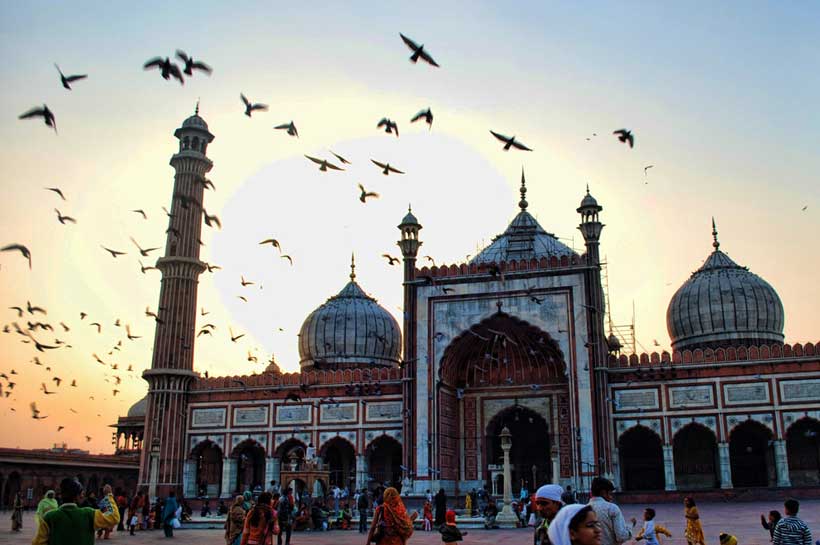 PM Modi has a tracked record of anti-Muslimism sentiments, and he was refused a US visa based on his alleged role in the Muslim Massacre in 2002 in Gujrat when he was Chief Minister of the Gujrat State. He was banned to enter Europe on the same charges.

Since the extremist RSS Hindu backed Government of Modi came into power, the Muslims were on hit-list. Muslims ruled India for 800 years almost and lived in India for almost 1000 years. But now they are forced to leave their houses and take shelters in far-flung areas to save their lives. RSS youth armed with sticks, knives, sword, or light weapons can target any Muslim by blaming him in either way to eat beef or spreading Coronavirus. RSS extremists backed by the government are attacking Muslims all over the country, damage their business, houses, rape women, kills youth. Police and law enforcement agencies either keep silent spectators or facilitate the extremist Hindus.

On the 5th of August 2019, Indian deployed 900,000 troops and imposed a curfew, revoking the special autonomous states of Indian Occupied Kashmir. Around 8 million people are under siege for almost 9 months. Draconian law empowered the armed troops to detain, arrest, or kill anyone without giving any reason.

In December 2019, the Indian Government passed a discriminatory Citizenship Act, debarring around two million Muslims from Indian Citizenship. India is demanding them either to convert to the Hindu religion or go back to Middle-east or Pakistan or Bangladesh.

The outbreak of Coronavirus has given one more reason to extremist Hindu government in India to blame Muslims and target them openly. Several Government Ministers, officials or politicians, have openly passed derogatory remarks and sparked anti-Muslim hate or encouraged Hindus extremists to target Muslims.

A new dimension was found that RSS extremist Hindus backed by the Indian Government are spreading anti-Muslim sentiments and hate in the Middle-East. They are humiliating Muslims, Islam, Rulers, and their culture & traditions too.  In an organized manner, they are using all possible tools like social media, electronic media, and publicly spreading hate and anti-Muslimism sentiments. They are exercising racist and biased practices in their daily life against Muslims. They also threatened that if all Indian leave, middle-east will collapse. They claim that Indians built and developed Middle-East.

There are around 10 million Indians are living in the middle-east, with a significant number of Hindus. In some of the small countries, Indians may be more than the locals. Every year, more than $55bn are transferred to India from the Gulf countries, and more than 120 billion annually from all Muslim countries. In addition to it, the Indian trade volume is huge with the middle-east, and with most of the countries, the trade surplus is in Indian favor. Middle-East is contributing a lot to the tourism Industry, Educational Sector, and Heath sector of India. Middle-East’s investment in India has no match. Simply, Middle-East is vital for the Indian Economy.

Indians (mostly Hindus) are treated well in the Middle-East. Indian Prime Mister was awarded the highest civil awards by a few Middle-Eastern Governments. India was enjoying many favors in the Middle-East too. Especially the rulers were quite in favor of India. Although the population of most Middle-Eastern countries is absolutely Muslim, rulers were favoring India. However, the general public was not happy with the way how India has been treating Muslims in India. It seems that the rulers are facing pressure from their own public and awakened.

The U.S. Commission on International Religious Freedom (USCIRF), a government body that monitors conditions abroad and U.S. responses, moved India to its category of greatest concern in an annual report released (Tuesday) 28 April 2020.

The time has reached that India might face consequences. It might cost India a lot, as India has been exposed and the International community has realized the ground situation in India. Injustice may not survive long!

An overview of Human Rights Violation in Xinjiang