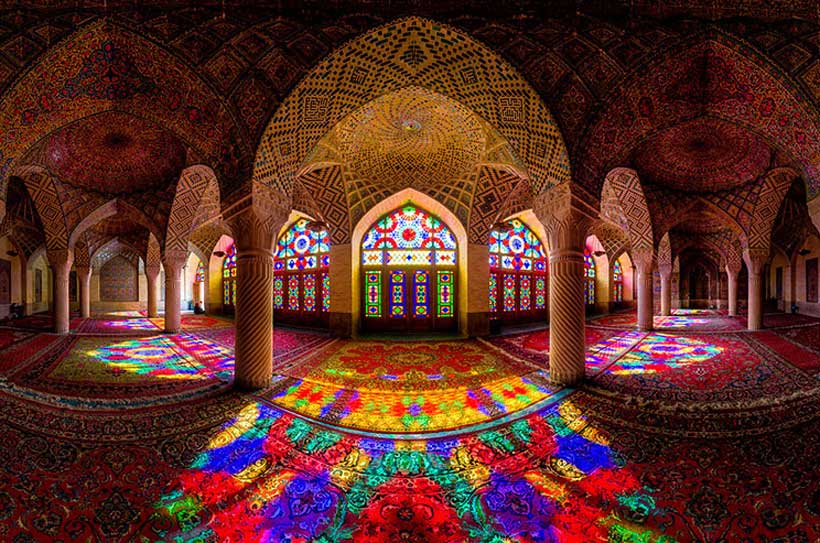 While lockdown was underway, some of the leading Pakistani scholars from the Deobandi, Barelvi and Ahle Hadith schools of thought, announced, they were ready to resume daily and Friday prayers in mosques.

Most people, suffering loss of livelihood, welcomed the announcement. People, in general, have been convinced by social media of disutility of lockdown of mosques. Social media describes COVID19 as a Zionist conspiracy to pave way for Israel’s world government.

Religious scholars on media channels tell people that the virus is a hoax. Some scholar naively suggest Aab-e-Zamzam, Kalongi (black seeds) or Ajwa dates as a cure for it. No-one explains the conundrum why even Zamzam-water and Ajwa-dates rich Saudi Arabia  prohibited congregations.

The embarrassed government dispatched federal religious affairs minister to contact the presser-scholars. Mufti Muneeb-ur-Rehman, present at joint press conference, retracted his statement. He clarified that a “road map” on congregational prayers would be discussed with other clerics. Government heaved a sigh of relief. Earlier, the Tableeghi Jamaat (TJ) went ahead with its congregation (ijtema) in Raiwind despite government’s prohibition. `Hundreds of suspected or confirmed coronavirus cases have been linked to the religious outfit’ (Editorial Congregational prayers, April 17, 2020, Dawn April 17, 2020).

In India also, the TJ violated visa norms to attend a congregation in New Delhi. Modi’s government slapped manslaughter and money-laundering charges against TJ chief Maulana Saad Kandhalvi. Dispersed TJ attendees were hounded in all states, rounded up and put in solitary confinement.

One tableeghi (preacher) committed suicide. Subramanian Swamy, a BJP leader, commented, ` Muslims are not equal citizens since they pose a threat to the world’. He added, `Where the Muslim population is large, there is always trouble’ (Backsliding states, The Hindu April 18, 2020). Pakistani `scholars’ are unmoved by edicts (fatawa), suspending congregational prayers.

A clash between government and `scholars’:  The government is too weak to afford a clash with religious lobby. The scholars’ view is that sovereignty belongs to Allah Almighty. And, government can’t take any step that violates Allah’s Code.

Old Debate: Covid19 has revived old debate between role of religion and science in Pakistan.Most philosophers advise against mixing the two domains. Bertrand Russell, in his book Religion and Science (1935) discusses various aspects of the conflict between religion and science. These aspects, inter alia, include `Grounds of Conflict’, ` Evolution’, and `Demonology and Medicine’

He observes, `Between religion and science there has been a prolonged conflict, in which, until the last few years, science has invariably proved victorious’. He nevertheless admits, `Religion, considered socially, is a more complex phenomenon than science.’

Unscientific remedies for COVID19: It is strange that Pakistan’s formal and informal social media is still embroiled in coining unscientific solutions to COVID19 epidemic. During 1930s, the Christian Europe also, like Pakistan’s society, attributed plagues and pestilence, `sometimes to demons, sometimes to the wrath of God’.

Russell recalls, `A method of averting God’s anger, which was much recommended by the clergy, was the gift of lands to the Church. In 1680, when the plague raged at Rome, it was ascertained that this was due to the anger of St. Sebastian, who had been unduly neglected. A monument was raised to him, and the plague ceased. In 1522, at the height of the renaissance, the Romans at first made a wrong diagnosis of the plague then afflicting the city. They thought it was due to the anger of the demons, i.e. of the ancient gods, and therefore sacrificed an ox to Jupiter in the Colosseum. This proving of no avail, they instituted processions to propitiate the Virgin and the saints, which, as they ought to have known, proved far more efficacious’. He laments, `Not only were superstitious methods of combating disease universally believed to be effective, but the scientific study of medicine was severely discouraged. The chief practitioners were Jews, who had derived their knowledge from the Mohammedans; they were suspected of magic, a suspicion in which they perhaps acquiesced, since it increased their fees. Anatomy was considered wicked, both because it might interfere with the resurrection of the body, and because the Church abhorred the shedding of blood. Dissection was virtually forbidden, in consequence of a misunderstood Bull of Boniface VIII. Pope Pius V, in the latter half of the sixteenth century, renewed earlier decrees by ordering physicians first to call in the priest, on the ground that ”bodily infirmity frequently arises from sin, and to refuse further treatment if the patient did not confess to the priest within three days’. The clergy and Catholics resisted vaccination like people in Pakistan’s Khyber Pakhtunkhwa Province do. They resisted anesthesia even in childbirth, quoting Bible: God said to Eve; ”In sorrow shalt thou bring forth children (Gen. Hi. 16). And how could she sorrow if she was under the influence of chloroform?

Legal Hypocrisy: The architects of various constitutions did not visualise how constitutional Islamic clauses, when expedient, would be interpreted with blinker-eyed motives by media/channel scholars in future. Perhaps misuse of the constitution, led veteran diplomat Jamsheed Marker to say: “charge against Liaquat [Ali Khan] was that he moved the Objectives Resolution, which declared Pakistan to be an ‘Islamic state” (Cover Point, p. 33).

The Islamic preamble (Objectives Resolution) was inserted in draft constitution under Pakistan’s prime minister Liaquat Ali Khan’s influence. Unlike Pakistan’s most `leaders’, Liaquat Ali Khan was financially scrupulous. Aside from his honesty, Liaquat Ali Khan could not foresee he would be the first to sow seeds of religious discord. Jamsheed Marker, in his book Cover Point, observes ` charge against Liaquat was that he moved the Objectives Resolution, which declared Pakistan to be an ‘Islamic State’ (ibid. p. 33)”. Unlike the US and many other secular constitutions, the Objectives Resolution (now Preamble to 1973 Constitution) states `sovereignty belongs to Allah Almighty’. The golden words of the constitution were warped to continue an interest-based economy. We pay interest on our international loans and international transactions. Do we live in an interactive world or in an ivory tower? Isn’t Islamisation old wine in new bottle?

The current morass in Islamic polities engenders a question whether secularism is compatible with an Islamic state? Abdullah Ahmed An-Naim,a professor of Law at Emory University, repudiates the claim that Sharia among Muslims in their communities can be enforced through the coercive power of the state. Sharia principles lose their religious authority and value when enforced by the state.

Religious compliance must be completely voluntary according to personal pious intention (niyah), which is necessarily invalidated by coercive enforcement of those obligations. In fact, coercive enforcement promotes hypocrisy (nifaq) which is categorically and repeatedly condemned by the Holy Quran.

He opens the first chapter Why Muslims Need a Secular State of his book Islam and the Secular State: Negotiating the Future of Sharia, p. 1), with words “In order to be a Muslim by conviction and free choice, which is the only way one can be a Muslim, I need a secular state. By a secular state I mean one that is neutral regarding religious doctrines, one that does not claim or pretend to enforce Sharia the religious law of Islam simply because compliance with Sharia cannot be coerced by fear of state institutions.”

Transparent disclosure: People are scared of approaching hospitals. They expect their whole families to be quarantined without due care. Tiger Force on anvil sounds like a terror force to them. Pakistan is the only country where all offices, including Out-Patient Departments, are shut down. Controller Military Pensions have not reimbursed cost of stents to me despite lapse of over five months.

Pakistan should take cue from India. Their health ministry updates people periodically. Health Ministry told (April 17, 2020) “Before the lockdown, the doubling rate was about 3 days, but according to data in the past seven days, it now stands at 6.2 days. Also, India has registered an average growth factor of 1.2 % since April 1, compared to 2.1 in the two weeks preceding that [March 15 to March 31) which is about a 40% decline in the growth factor’ `Recovery rate (number of people discharged) too had improved, standing now at nearly 13 %, while the ratio between the recovered positive cases and the fatality was at 80:20, which was much higher than several other countries. As of today, 170,000 dedicated Covid-19 beds and 21,800 ICU beds are operational in 1,919 hospitals across the country’.

Conclusion: Pakistan’s legislature needs to introduce safeguards against misuse of our constitutional Islamic provisions for negation of science or extra-constitutional coercive political advantage.

COVID19 is a bitter reality. This scourge cannot be wished away through prayers alone. It needs scientific management within existing hospital system in shambles. The religious lobby must obey government.

Pkistan government, like India’s, needs to be transparent in keeping people abreast. For instance, why people are avoiding treatment.  Why dead bodies, instead of sick people, are being brought to hospitals for treatment.

The article is originally published in Modern Diplomacy