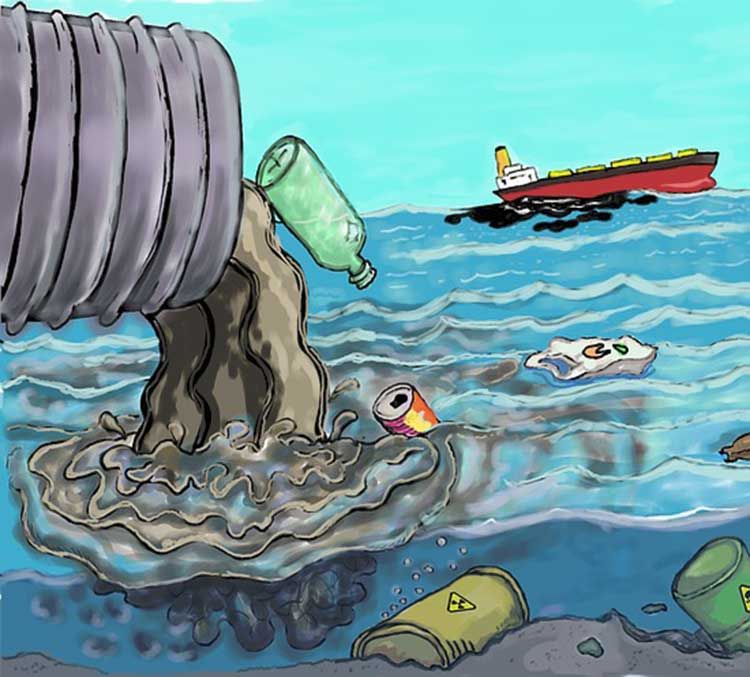 The international community is well acquainted with Somalia’s many challenges. However, rumors that the country experienced environmental crimes at the hands of external companies and international criminal elements should be taken seriously and thoroughly investigated.

Somalia has dealt with a range of crises since it emerged from twenty-two years of dictatorship under the regime of Mohamed Siad Barre. Civil war, political instability, the fight against the Al Shabaab terrorist group and the long running U.S. involvement are among the security problems with which most in the global community are familiar with respect to Somalia.

In addition, the nation that straddles the horn of Africa has also been plagued by food insecurity and severe drought. The United Nations warned in April that Somalia is facing a famine, leaving an estimated six million Somalis at risk for food insecurity.

The country’s political strife brought about a different type of catastrophe. When the 2004 Asia Tsunami struck the Somali coast killing nearly 300 people, it also HYPERLINK “https://www.aljazeera.com/news/2005/3/4/tsunami-exposes-somalia-toxic-waste”revealed evidence of a crime.  During the 1990s, there had been rumors that companies and criminal networks had been using Somalia’s coastline and territory to dump radioactive waste and other hazardous chemicals. The rumors may well be true.

What Lies Beneath the Waves

The Basel Convention was aimed at preventing the transport of hazardous chemicals and materials between countries in order to stymie the movement of hazardous waste to less developed countries (LDC) from wealthy states. However, Somalia has been unable to take steps to prevent this practice because it lacks the national capacity to do so.

The allegations of the dumping primarily involve stories that the ‘Ndrangheta, a criminal organization located in Calabria, Italy, along with the Italian government’s energy research agency, ENEA, were involved in practices that brought about the dumping of nuclear waste along the Somali coast. New environmental regulations imposed by Rome in the late 1980s led the mafia gangs to facilitate the removal of these dangerous materials out of Europe to be sent to LDC nations, such as Somalia.

Some of the investigations carried out by Italian journalists even looked into reports that the mafia purposely scuttled and sank vessels loaded with toxic materials off the coast of Italy as well as around the horn of Africa. A team of Italian journalists was even killed in 1994 by Somalis hired by the so-called “Eco-Mafia” to prevent the story from becoming public.

Mohamoud Gaildon, a Somali-American medical physicist, told Inside Arabia, “The story goes there was some dumping towards the end of Barre’s rule. I think it may have occurred as a result of him losing grip on power. He was the kind that was obsessed with power, not wealth.”

Nick Nuttall, who was with the UN Environment Program in Kenya, was quoted in 2009 by Voice of America as saying, “Somalia has been used as a dumping ground for hazardous waste starting about the early 1990s and continuing through the civil war there.” He added, “European companies found it to be very cheap to get rid of waste there, costing as little as $2.50 a ton where disposal costs in Europe are something like $250 a ton. And the waste is many different kinds. There is uranium radioactive waste. There is lead. There are heavy metals like cadmium and mercury. There is industrial waste and there is hospital waste, chemical waste. You name it.”

A 2020 article in the Global Security: Health, Science and Policy journal explained, “The main driver was to make money by disposing of toxic waste at a much lower cost than would be possible in Europe by legal means and hence to take advantage of Somalia’s civil war, state weakness and state collapse.”

The piece described how during the 1980s and 1990s, criminal networks and companies aimed to release toxic substances in Somalia and in its oceans, noting that: “Evidence in the form of documents, wire taps and testimonials by some of those involved proves that various combinations of the Calabrian mafia in Italy called the ‘Ndrangheta, other professional criminals, corrupt politicians and officials, and Italian and Swiss companies intended and planned to engage in toxic – including nuclear – waste dumping in Somalia and in its waters, in some cases with the agreement of Somalis in their pay.”

Dr. Eric Herring, professor of Political Science at the University of Bristol and one of the authors of the article, told Inside Arabia, “What has been proven is intent and planning to dump: it has not been proven that any dumping ever occurred. We have various claims, some of which could be investigated. It is possible that no dumping of any kind ever occurred.”

Can Somalia Reclaim Political Control of its Seas?

Further complicating the prospects of an international investigation are the political disputes over the issue of Somaliland’s de facto independence. The region in the north has been effectively under a separate government since the end of the dictatorship period in 1991. Talks between Somalia and Somaliland are continuing.

Gaildon remarked, “As a scientist, I have to see proof of nuclear waste in Somalia to believe it. Unfortunately, no survey has been done. My hunch is that there is [nuclear waste] as all the factors that facilitate waste dumping in a poor country were and still are there.”

With the expiration of a UN Security Council resolution to combat piracy off the coast of Somalia in March 2022, foreign navies will now be permitted to patrol the nearby international waters, although not Somalia’s territorial waters.

On May 15, Hassan Sheikh Mohamud was elected as President. The arrival of a new Somali president offers the opportunity for a political reconciliation. There is a newfound sense of optimism, given president-elect Sheikh Mohamud’s good relations with the regional neighbors, his past experience as Somalia’s president from 2012 to 2017, and the fact that he had five years to reflect on Somalia’s governance as an outsider. All point to the possibility that Somalia’s politics now has a solid foundation to build on.

How well President Mohamud is able to build up the Somali government’s capacity, combat corruption, and implement economic reforms will be important factors in enabling an environment conducive to an international investigation into the allegations of waste dumping in Somalia’s territorial waters.

Christopher Solomon is a Middle East analyst, researcher, editor, and writer based in the Washington DC area. He works for a U.S. Defense consultancy and is the author of the book, In Search of Greater Syria (I.B. Tauris/Bloomsbury). Christopher is a Co-Editor for Syria Comment and a contributor to the Economist Intelligence Unit. @Solomon_Chris