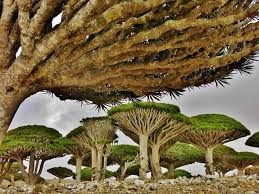 In a statement published on Saturday morning, the STC said that it will hold the administration of the port city of Aden and other cities and that the Mansour government will no longer be allowed a role in this part of the country.

When Saudi Arabia waged its war on Yemen five years ago, its media promoted the idea that the Arab kingdom will play as the leader of the aggression and thus the top actor. However, as time went by, the United Arab Emirates entered the Yemen war more calculatedly. Some sources said that the Saudi Crown Prince Mohammed bin Salman was originally encouraged to wage the war by the Emiratis.

Then it became clear that the UAE intended to dominate southern Yemen regions, mainly the Socotra Island for its strategic position in dominance over the Gulf of Aden and the Bab-el-Mandeb Strait. That was while the naïve Saudi prince sought flexing of muscles to other regional actors behind his Yemen campaign.

Yemen’s developments over the past five years boosted the premise that the UAE held no common goals with the Saudis in the bloody war on Yemen. The occasional clashes of the proxy forces of Abu Dhabi and Riyadh bear witness to this theory.

Recently, an official in the fugitive government of Hadi told Qatar’s Aljazeera that the UAE was behind a rebellion of the Hadi-led armed units in Socotra to push a military coup against the Saudi-backed Hadi administration.

The official further said that Abu Dhabi is seeking to destabilize Socotra and if possible stir a deadly conflict on the island, as on the other side the STC is pushing forward with its separatism. “Abu Dhabi is using over 270 militia fighters it earlier trained to fuel a rebellion in Socotra,” he told Aljazeera.

He added that the Emirati government had plans to bribe 13 officers of the pro-Hadi forces into arranging a coup against Saudi-supported president but failed to do so. He further said that the UAE exploited a weekly commercial flight that is claimed to be chartered to transfer aids to the civilians in Socotra to transfer its militant mercenaries.

These developments come while Saudi Arabia issued a statement urging the southern separatists to withdraw their independence announcement.

The statement read: “The situation in Aden should return to its earlier form. The Southern Transitional Council’s measures are contrary to the Riyadh agreement.” Khaled bin Salman, the deputy Saudi defense minister, claimed that the Saudi kingdom has always supported security and stability in Yemen and so the conditions should return to their normality.

Saudi Foreign Minister Faisal bin Farhan said that the Saudi and Emirati forces operating in Yemen should work towards the realization of peace and Yemeni people’s interests. Social media users were blunter in dealing with the development, saying that the UAE betrayed Saudi Arabia by backing the STC self-rule.

Clear enough, the UAE objectives in Yemen run counter to the Saudi strategy there. While the Saudis sought to prove to the regional players that they are strong and largely failed to do so, the Emiratis since the beginning pursued their specific goals in the Yemen war. This was made clear to Riyadh when the UAE last year said it gradually steps out of the war and continued its mission using its trained mercenary militias.

The government of Mansour, since the beginning having the cover of Saudi Arabia, described the STC move as the resumption of the armed rebellion and a full derailment from the Riyadh agreement, reached on November 5 last year following several-month negotiations.

Hadi’s Foreign Minister Mohammad al-Hadhrami said that the STC will be held accountable for all of the dangerous and tragic consequences of the announcement.

Mohammed Ali al-Houthi, the head of the Supreme Revolutionary Committee of Yemen, in a Twitter message responded to the southern separatist body to form a self-ruling administration in the south of the country.

“Who obstructs the Riyadh agreement? Do not go to the weakest, to describe it as rebellious or announcing a new [Operation Decisive] Storm against it, before revealing that you liked the south as you claim. And now implement the Riyadh agreement so as not to confirm what we said about it (empty agreement),” he said addressing Hadi and the Saudis.

In December last year, the senior Ansarullah Movement’s official used the same description in a Twitter post on the agreement. He said: “Implement the Riyadh agreement so it is not said that it is an empty agreement. Didn’t you say it is an achievement?”

It seems that the STC has announced self-rule in full coordination with Abu Dhabi and this can be used as a cover by Abu Dhabi for the full seizure of Socotra.

Although stated stances show that Riyadh was not informed of the decision or at least did not agree with it, what is clear is that is the Saudi desperation with the management of Yemen case. Actually, the country not only failed to realize its goals in Yemen but also day by day sunk deeper in a quagmire it created with its own hands.

Regarding shaky position of the Saudi crown prince and the impasse in the war with the powerful Ansarullah, it seems that Abu Dhabi has seized the opportunity very well and is dictating its wishes to Riyadh. Now the Saudis are put in a position by the UAE that have no way but accepting what Abu Dhabi dictates in Yemen to save their regional face. It is anticipated that even if in practice Riyadh is double-crossed by its ally the UAE in Yemen, it will deny the betrayal in its official stances.