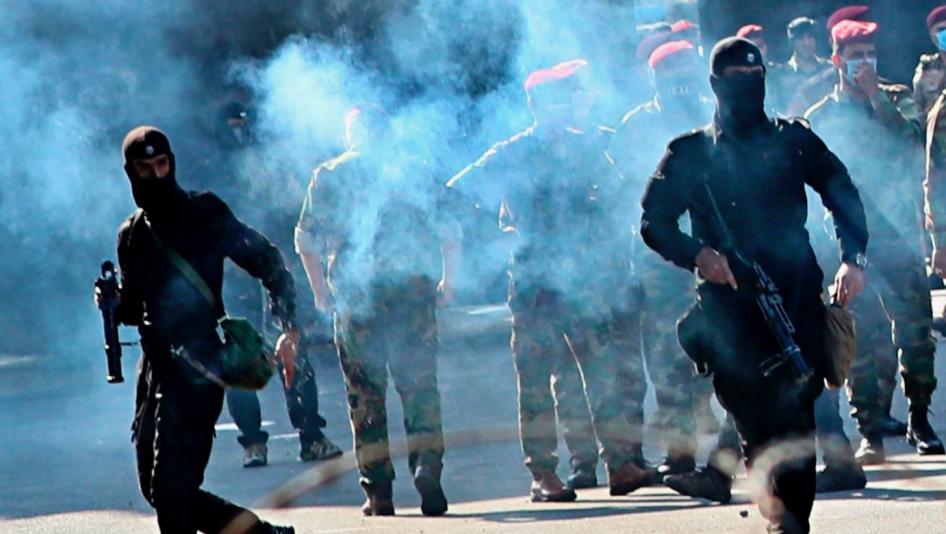 Iraqi demonstrators try to enter Green Zone as they gather for a demonstration against Iraqi government in Baghdad, Iraq on 1 October 2019. [Murtadha Sudani – Anadolu Agency]

An opposition activist has been assassinated, and two others were injured during anti-government protests in the Iraqi capital of Baghdad, local sources reported yesterday.

A senior police officer told Anadolu Agency that the activist was identified as “Haqqi Ismail Al-Azzawi,” adding that he was assassinated by “unknown armed men as he was riding his bike in Baghdad’s northern area of Al-Shaab.”

“Al-Azzawi used to own a travel agency and was one of the popular anti-government protests’ prominent activists,” the officer pointed out.

A separate incident of a car explosion was also reported by a local security source, in which two civilian activists were injured in the Iraqi city of Al-Diwaniyah.

Iraq has been roiled by mass protests since early October over poor living conditions and corruption, forcing Prime Minister Adel Abdul-Mahdi to resign.

According to Iraq’s High Commission for Human Rights, at least 460 Iraqis have been killed, and 17,000 have been injured since the protests began 1 October.