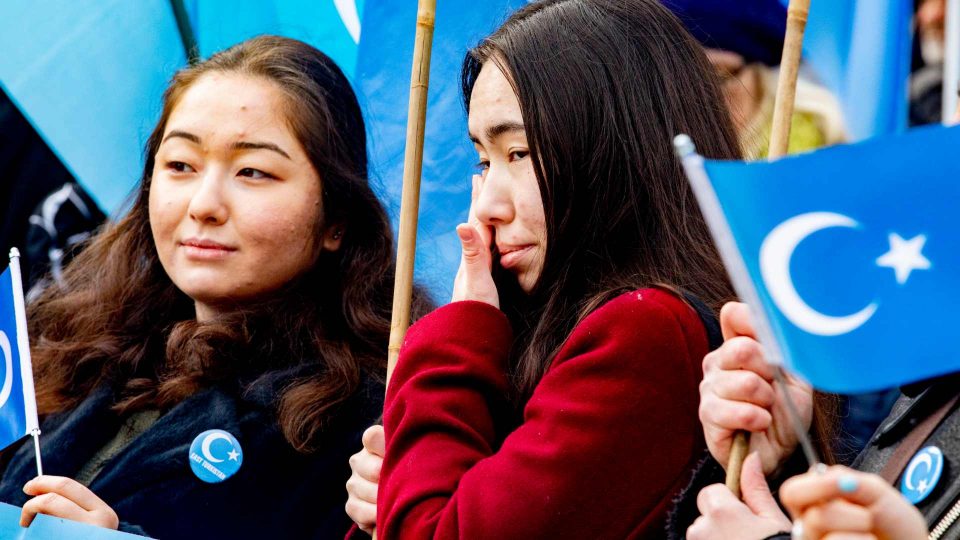 Population control has been a focus of the Chinese state for half a century.

By Gaia Caramazza
In-depth: China’s mass sterilisation of Uighur Muslim women is rooted in Beijing’s obsession with extreme population control.
Over the past two decades, tens of thousands of Uighur women have been forcibly subjected to birth control measures in Xinjiang province.
The sweeping campaign is part of a crackdown on the Muslim minority which includes a mass surveillance regime, internment camps, and forced labour.

But while Uighur women are being singled out today as part of China’s campaign to homogenise the ethnically and culturally distinct province, the crackdown on motherhood has its roots in China’s decades-old population control policies.
“Chinese authorities see all women as biological vessels or objects to be controlled so that they can reproduce according to what the government wants,” says Leta Hong Fincher, professor at Columbia University and author of Betraying Big Brother: The Feminist Awakening in China.

“China has a patriarchal form of authoritarianism, but most people have missed how central the patriarchy is to its practice,” she told The New Arab.

Today, nowhere is this policy more evident than in China’s repression of Uighur Muslims. As part of a campaign to curb the minority group’s population, Beijing has taken draconian measures to slash birth rates.

Measures include regularly subjecting Uighur women to pregnancy checks, forced intrauterine devices, and even the sterilisation of hundreds of thousands, according to a recent report by academic Adrian Zenz.

The campaign over the past four years in the far west region of Xinjiang has led some experts to label China’s policies as a form of “demographic genocide.”

“Any Uighur woman my age or younger has experienced this – it’s terrifying. I would hear about women taken away to have their child at the hospital after which they would end up being sterilised,” Rahima Mahmut, a Uighur woman and human rights activist who found refuge in the UK, told The New Arab.

“As Muslims, we don’t kill babies – we can’t get abortions – but we were forced to. If we didn’t, we could not register their children at schools, and our husbands could lose their jobs, or worse,” she said, recounting how she was forced to get an intrauterine device, a contraceptive placed inside the uterus, in order to avoid losing her job after her son was born.

But population control by way of hindering women’s reproductive rights dates back nearly half a century in China. In the 1970s, the Chinese Communist Party implemented the one-child policy to control the size of a rapidly increasing population as health care improved and mortality rates increased.

“Those who drafted the one-child policy were cynically more concerned with the preservation of power than helping lift people out of poverty,” argues Mei Fong, author of One Child: The Story of China’s Most Radical Experiment.

The one-child policy resulted in a disproportionate increase in the male population, with female babies aborted by families following Chinese tradition, whereby sons remain with their parents to care for them when they grow old.

It also caused ample discrimination against the already few women in the workplace and increased the trafficking of women sold to bachelors seeking brides. With an aging population and declining birth rate, China reversed the policy in 2016 to allow as many as two children. But rights groups say that abusive family planning policies still remain in place.

This artificial population control laid the legal groundwork for a dangerous form of control over women’s bodies, which is now being enforced almost singularly against Uighur Muslim women as part of a raft of measures likened to cultural genocide.

Such policies are reflected in the personal stories of Uighur women such as Zumrat Dawut, who found refuge in the United States. She says she was forced to undergo a sterilisation procedure after giving birth for the third time, exceeding the two-child limit.

“I had no choice. I felt as if I was being taken to a slaughterhouse,” she told BBC Newsnight.  She said if she did not comply, the regional authorities would send her back to an internment camp where she had suffered ill-treatment and was beaten in 2018.

“I had left my 5-year-old daughter at home. But I couldn’t think about her whilst I was inside. All I could think of was surviving each day without being killed. That is how I spent the two months inside,” she said, tearful.

“The Chinese Communist Party had to focus on maintaining power, and that’s why it’s becoming increasingly repressive,” Hong Fincher said, citing the crackdown on Hong Kong as another example of this scramble for social control over its vast territory.

China used to be more lenient in order to “promote ethnic harmony” during its economic boom in the 1980s, allowing Uighurs and other rural populations to bear more children than Han Chinese, but this changed when the country’s prosperity started to slow, marriage rates began to drop, and the population started to age.

The one-child policy had also allowed the government to monitor its fast-growing population, alongside earning a hefty $3 billion in annual revenue from fines punishing violations of the draconian laws, argues Fong.

The CCP is now intent on securing the ample resources of oil and mineral supplies in Xinjiang, the largest producer of natural gas in the country, Fong says. China has often justified its repressive policies against Uighur Muslims as part of the international fight against terrorism, shaping public opinion to favour discriminatory treatment as a vital part of the country’s national security agenda.

“Turkic and Uighur women have their identities even more monitored. They are repeatedly trying to hollow out their identity and trying to homogenise the state in order to assure control,” said Sophie Richardson, China Director at Human Rights Watch.

Up to a million Uighurs are being forced into internment camps, subjected to an extreme eradication of their culture and heritage which is replaced by teachings of the CCP.

These discriminatory measures have led to an 80 percent drop in the population growth of the two largest Uighur prefectures in Xinjiang between 2013 and 2018, according to the Victims of Communism Memorial Foundation. China rejects these findings, with officials claiming that the Uighur population has doubled over forty years.

Han Chinese families, meanwhile, have been given economic incentives to move into Xinjiang, with the state urging them to have more children than those permitted to their Muslim neighbours.

Gender equality has declined in China over the past decade, with the World Economic Forum ranking it 106th out of 153 countries surveyed in 2020, down from 57th in 2008.

For this reason, Hong Fincher warns that even Han Chinese women are not safe from the state’s grip, with the crackdown on minority groups in the country a potential harbinger of a dark future.

“I’m worried about the future of all women in China because of the brutal coercive nature of state policies, especially seen in Xinjiang. I have no doubt it will try different types of policies and will go beyond propaganda to coerce Han Chinese into having more babies,” she warns.

Since the economic boom in the 1990s, Chinese women’s participation in the labour force has been declining, with the government attempting to persuade women to return to the role of homemakers.

With Covid-19 causing the worst economic contraction since the 1970s, experts warn Chinese authorities may have to turn to even more violent measures of control in order to prioritise their economic recovery over their respect for human rights.

She says the Communist Party’s Confucianist teachings depict heterosexual marriages and child rearing as the building block of the state, acting as an indicator of China’s sovereignty and stability against foreign powers who are portrayed as deviant for straying from traditional family structures. In this way, women’s wombs have become essential in the domestic architecture of the state, how it defines itself in the international political realm, and its domestic political trajectory.

Han Chinese women are not being pinned down to operating tables – their existence is not under threat like that of Uighur Muslims – but if China’s feminists accept the crackdown on Uighur women based on the CCP’s propaganda, they may one day find themselves too on the receiving end of these extreme patriarchal policies.

Sourced from: The New Arab