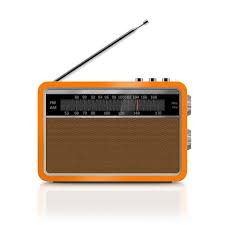 In the Horn of Africa, local radio stations provide updates on entertainment, sports and health, so why not weather and climate too?

The Greater Horn of Africa is the eastern-most corner of the African continent, comprised of Djibouti, Eritrea, Ethiopia, Somalia, Kenya, Uganda, Sudan and South Sudan. In this region, effective communication of weather and climate information is a matter of life and death.

“Access to weather and climate information is vital in the Horn of Africa, a region particularly vulnerable to climate change. Being able to access climate information and forecasts directly affects families’ capacity to feed themselves, earn an income, and protect themselves from natural disasters,” says Mina Weydahl, NORCAP climate and resilience project manager.

But for climate information and forecasts to be useful to the public, they need to be communicated in an understandable and accessible way. This is the task of NORCAP user engagement specialist Collison Lore Winga.

The trouble with the status quo

The recipients of these messages, however, are not always benefited, either because the terminology used is too technical or because it is not in the appropriate language. Since the Horn of Africa is a multi-ethnic region where many local languages are spoken, mass communication of weather and climate information is problematic.

Another issue with the top-down flow of information is that it leaves very little room for feedback.

A people-focused platform Winga is deployed to IGAD Climate Prediction and Applications Centre (ICPAC) in Nairobi, Kenya. As a member of ICPAC’s communication unit, he designs approaches that promote user involvement in the distribution of weather and climate information, often in collaboration with communities, meteorological agencies, civil society organizations, governments, the private sector and the media.

To address issues with the current weather and climate communication system, Winga worked with a team of experts earlier this summer to investigate ways of strengthening existing communication and feedback channels and to propose new strategies.

“The ultimate goal was to ensure that all categories of users were able to communicate and provide feedback in a practical and user-friendly manner,” says Winga.

The study, which was an assessment under the Agricultural Climate Resilience Enhancement Initiative (ACREI) Project conducted by ICPAC, focused on Ethiopia, Kenya and Uganda. In the assessment, existing communication and feedback mechanisms were reviewed and ranked based on focus-group interviews with stakeholders. Findings confirmed that the most trusted source of weather and climate information in all three countries was radio.

For Winga, this came as no surprise.

“The use of radio in the Greater Horn of Africa is extensive. Most households have radios and use them for both news and entertainment. Even in countries such as South Sudan, UN agencies and NGOs have supplied solar wind-up radios to ensure that communities are kept informed,” he says.

In addition to their large audience, the localised nature of radio stations makes them an ideal channel for communicating weather and climate information.

“Radio in the Greater Horn of Africa provides location-specific information, which makes it relevant and up-to-date. Radio stations also use local dialects, which strengthen their credibility and play a crucial role in communicating forecasts to vulnerable and far-flung communities, supporting them in making essential seasonal decisions,” says Winga.

This localised and often entertainment-oriented information also creates a semblance of community radio, something that weather and climate communicators can benefit from.

“The assumption is that weather and climate are integral parts of day-to-day life, and hence can be reflected in radio programming. For example, radio shows on agriculture, health, nutrition and sports can be enriched through incorporating up-to-date weather and climate information,” Winga argues.

Getting the media on board

While including weather and climate information in radio programmes may be the first step, the job does not end there.

According to Winga, the historical approach of meteorological authorities in the Greater Horn of Africa has been to e-mail the seasonal forecast to the media, with the expectation that they will understand its contents and terminology and disseminate the information in a way that is understood by the public. So far, this has not been the case. Without a new approach, radio will suffer the same fate as top-down messaging on email and WhatsApp platforms, which are inaccessible due to confusing meteorological jargon.

According to Winga, the hope is that S-MAP will hold each party accountable in the information communication process. Accountability will also be obtained through regular evaluation during this pilot period.

“At the end of the season, there will be a review of the reporting levels and a survey prior to the March-April-May season to gauge if end-users have benefited from the increased media activity. Journalists who have excelled will be recognised and areas that are identified as weak links will be addressed during the new season. The whole process is cyclical,” Winga explains.

With continued fine-tuning of the radio communication approach, Winga plans to reach new levels of pastoralists, farmers and fisherfolk with weather and climate information in the Greater Horn of Africa.