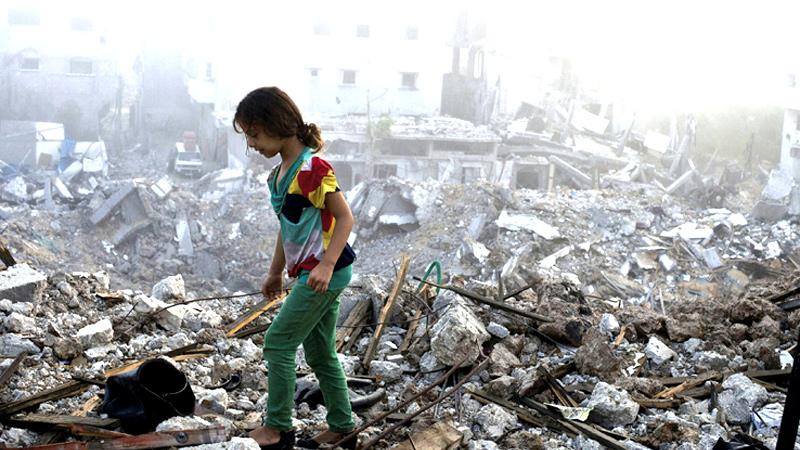 Fighting is intensifying between Israelis and Palestinians, though it would be a mistake to think of this as another war. The war had been waged before Israel was formally a state, and continued even after the rest of the Arab world lost interest in the conflict. Each side thinks itself the victim and debates who started this particular episode in a time-worn conflict.

The Palestinian position is simple. This is the land they occupied when foreign settlers took it from them and instituted a government that marginalized them. The Israeli position is that after the Holocaust, they had nowhere in the world to go that would grant them the right and power to prevent another Holocaust, so they returned to their ancient homeland.

The moral argument has become more complex and bitter over time. The Palestinians argue that they should not pay the price for a European genocide. The Israelis argue that there has never been such a thing as a Palestinian state, that it was, at most, always a province of other powers. Their arguments are not meant for each other but for the rest of the world. At its founding, Israel needed other nations to accept its moral argument so that the state could exist. Now it is the Palestinians who demand outside support. Both received sympathy at their time from a world that cared nothing for their fate but used their claims for cynical political or geopolitical reasons. It’s easy to condemn one side or another when you don’t share either’s fate. If the Israeli-Palestinian war is a moral issue, and moral issues are regarded as defining action, then it seems that there is much fighting left to do. Moral stances that do not include personally taking the risk are the eternal, irrelevant background noise of geopolitics.

The geopolitical issue is simple. Israel was founded on land where Palestinians lived. Israel had an imperative to find a defensible location. The Palestinians did not want to be dispossessed nor lose the right to self-determination in a world that had embraced it. Fear of the stranger is common everywhere, and in every country, this fear lurks. Moralists who demand that the fear be abandoned may feel better about themselves but do nothing to lessen the fear.

The fear and hatred of Palestinians and Israelis by the other is real. Israel occupied Palestine because it had few other options and because it could. The Palestinians resisted. It’s hard to think of a contemporary nation that did not come to be by seizing all or part of another entity. The migration by Jews to Palestine began more than a century ago, and the state was created more than 70 years ago. Is the moral line of a right to demand the land back a century or a millennium?

The moralist slogans aside, the question is why the Jews are militarily superior, given that in recent centuries they had not been an especially martial people. The answer is the Cold War. After World War II, the British Empire was disintegrating, so it had to give up its holdings in Palestine. The newly created Israeli state could defeat the Arab states that attacked it because the British had left them disorganized and poorly armed. After Israel’s founding, the Soviets, eager to replace the British Empire, provided military aid to Israel, whose leading party was a leftist party in search of an ally. It failed to secure one, and when the Suez crisis happened in 1956, the British and the French encouraged an Israeli attack into the Sinai. After that, France was Israel’s biggest supporter until 1967, when the U.S. recognized that Israel could be an asset against a Soviet Union that was seen as dominant in Egypt, Syria and Iraq. The U.S. saw Israel as a counterweight. A war in 1973 against Soviet allies Egypt and Syria led to more U.S. aid. In short, Israel was an asset to Western powers pursuing other ends.

Palestinian political organizations were Egyptian entities. Eventual PLO leader Yasser Arafat carried with him a close relationship with the Soviets. The PLO linked itself closely to European radical groups carrying out terror attacks in Europe against Jewish and European targets. In the 1970s and 1980s, his was the dominant Arab group, tied as it was to Soviet intelligence and predisposed to terrorism rather than preparing for a territorial war.

When the Soviet Union began to collapse, Israel had become a highly capable military force thanks to its partnership with the U.S. The Egyptians and the Soviets saw the Palestinians as a tool in destabilizing their enemies but failed to construct a modern army to challenge Israel.

The weakness of the Palestinians is that no great power saw them as a conventional military force, particularly because Arab countries didn’t want such a major military force in their countries. They were forced into a posture that trained them in hijackings and bombings but not in conventional warfare. What you see in Gaza today is a modern conventional military facing “soldiers” inspired by a very different culture. The aid Palestine receives from Iran today doesn’t fundamentally change this. The Palestinians can’t win, but they can inflict damage on Israel.

This is a woefully insufficient explanation of Palestinian weakness and Israeli strength. There are cultural issues, the Arab states’ view of the Palestinians and so on. But Israel’s military culture was poorly formed in 1948. It evolved rapidly because of Soviet influence in Arab countries, and the interests of Britain, France and the United States in resisting that influence.

The Palestinians are seen by many as victims. That’s not a useful term here, but if we use it, then they were victims not only of Israel but also of Egypt, Syria and the Soviets, all of which saw use for them as small groups of covert operatives but had no desire for them to create a modern Palestinian army in a neighboring country. Additionally, there was no neighboring country that would welcome such an army. An intifada with some suicide bombers will not bring down Israel, nor will it force it to the negotiating table. And the Palestinians have no allies that will help them become such a power.

Moral sentiment has many problems. The reality of power is the greatest of them.