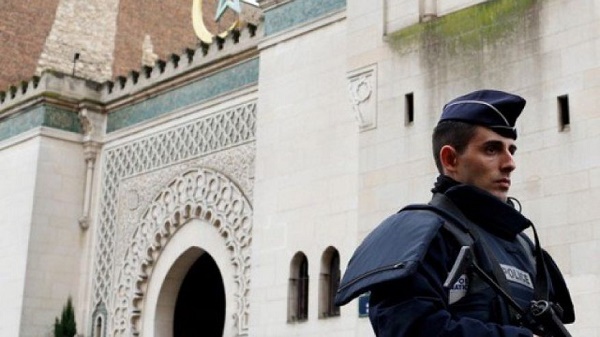 Tensions between France and its Muslim communities have been mounting [File Photo:Getty]

France has shut down more than 70 mosques and private Islamic schools since January, authorities confirmed, just days after President Emmanuel Macron was slammed for making comments deemed Islamophobic.
At least 73 mosques and Islamic private schools across France have been closed by authorities since January, in a bid to combat “extremist Islam”, Interior Minister Gerald Darmanan claimed on Tuesday.

During a press conference, the minister confirmed that a mosque and private school in the Heralt area were closed last month, along with an “organisation” and nine shops in other regions.

The minister also called for the expulsion of hundreds of foreign nationals from France.

“We must expel 231 foreigners from French territory, who are residing there illegally, and are being pursued on charges of extremism, including 180 in prison,” he said.

The move comes amid heightened tensions between France and its Muslim community.

Last week, French President Emmanuel Macron described Islam as a religion “in crisis” worldwide and said the government would present a bill in December to strengthen a 1905 law that officially separated the church and state in France.

He announced the stricter government oversight of schooling and better control over foreign funding of mosques.

Macron also warned against the creation of a “counter-society” holding its own laws among France’s Muslims.

“He made false accusations against Islam, that have nothing to do with the true essence of this religion,” Al-Azhar’s Islamic Research Academy said in statement.

“Such racist statements will inflame the feelings of two billion Muslim followers” around the world, and block the path to constructive dialogue, the statement added.

Al-Azhar said making “false accusations about Islam or other religions, such separatism and isolationism” went against the actual “reality of what these religions call for”.

It also condemned those who exploit or employ “religious texts to achieve unsavoury purposes”.

“Macron’s statement that ‘Islam is in a crisis’ is an open provocation beyond disrespect,” Erdogan said in a televised address.

“Who are you to talk about the structuring of Islam?” he asked, accusing him of “impertinence”.

Erdogan advised Macron “to pay more attention while talking about issues that he is ignorant about”.

“We expect him to act as a responsible statesman rather than act like a colonial governor.”

Turkey is a majority Muslim but secular country which is a part of NATO but not the EU. Its membership bid has stalled for decades over a range of disputes, both domestic and foreign policy-related.

Schools to reopen on Saturday amid COVID-19 pandemic