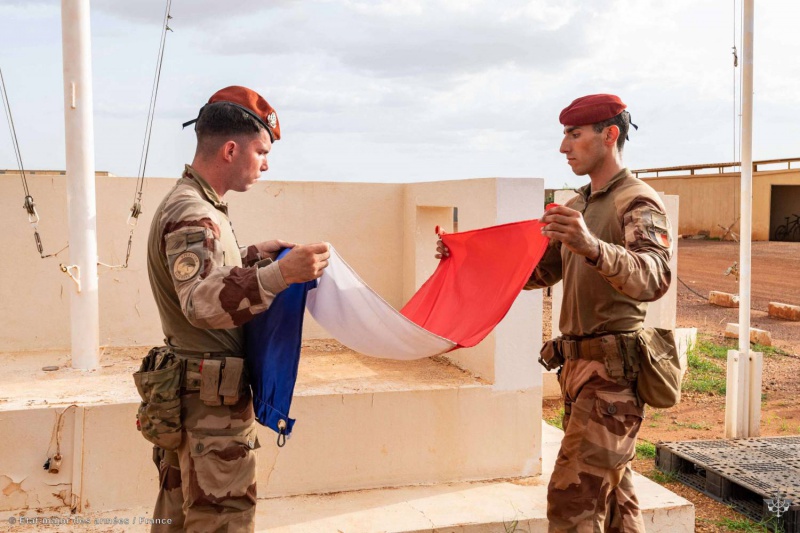 The redeployment strategy is not guaranteed results

Paris wants to maintain a military presence in the Sahel region, especially in Niger.

The recent waves of coups in the Sahel and West Africa, which were linked to the economic crisis resulting from the Covid-19 pandemic, and the escalation of the terrorist tide in the region, prompted a number of African countries to reconsider their relationship with France and turn to capable external partners that they believe are able to help them in their crises. .

French influence in Africa faces the reluctance of some local actors. Where the initiatives of the African Union through its Security Council and its joint force threaten French interventionism, as the continental organization has become in charge of establishing peace processes. In addition, France believes that Nigeria is an African power that threatens the interests of Paris and its survival as the main power center in sub-Saharan Africa.

Observers believe that Paris must deal with an increasingly hostile African public opinion, as the influence of competing forces grows through social networks and official media, and France is currently seeking to continue its military action in Africa, but discreetly, as no new name has yet been called. On the French military forces currently deployed in Africa.

This desire against French influence was embodied in the recent period in Chad against the backdrop of accusations of interference in the affairs of countries, in addition to the protests against the French presence in Chad that were similar to what happened in Mali in terms of protest demonstrations in which various popular groups participated, denouncing the French presence in their country. This confirms the significant shift in French influence in several African countries. In addition to Mali and Chad, France faces great rejection in Burkina Faso and Central Africa.

French Armed Forces Minister Sebastien Lecorno did not rule out the departure of the French special forces stationed in Burkina Faso, where demonstrations denouncing the French presence took place on Friday, at a time when France was ending Operation Barkhane in the Sahel region.

“Clearly, the review of our overall strategy in Africa raises questions about all components of our presence, including the special forces,” Locorno said.

He stressed that the Saber battalion (French special forces stationed in the Ouagadougou region) had a major role in recent years in combating terrorism in the Sahel region.

France is still deploying about 3,000 soldiers in the Sahel region, up from 5,500 soldiers. It has officially ended its anti-jihadist operation (Barkhane), and said that within six months it will put the finishing touches on its new strategy in Africa.

“We are working to organize the shape of our current military bases, which should retain certain capabilities to protect our citizens, for example, but also to focus more on training local armies,” Locorno said.

“It’s no longer about fighting terrorism for our partners, it’s about doing it with them, alongside them,” he added.

Friday, a demonstration against the French presence in Burkina Faso, which has been undermined by jihadist violence, went to the French embassy in Ouagadougou and the Campoisane military base on the outskirts of the capital, where a battalion of the Saber special force is stationed.

But Paris, which left Mali, wants to maintain a military presence in the Sahel region, especially in Niger.

Locorno said that “destabilization will have a terrible effect” in the Sahel region. “Other countries are also asking us to support them in the fight against terrorism. For this work to happen in the long term, the issue of training officers and non-commissioned officers in African militaries will be pivotal.”

The article is first appeared in alarab-co-uk