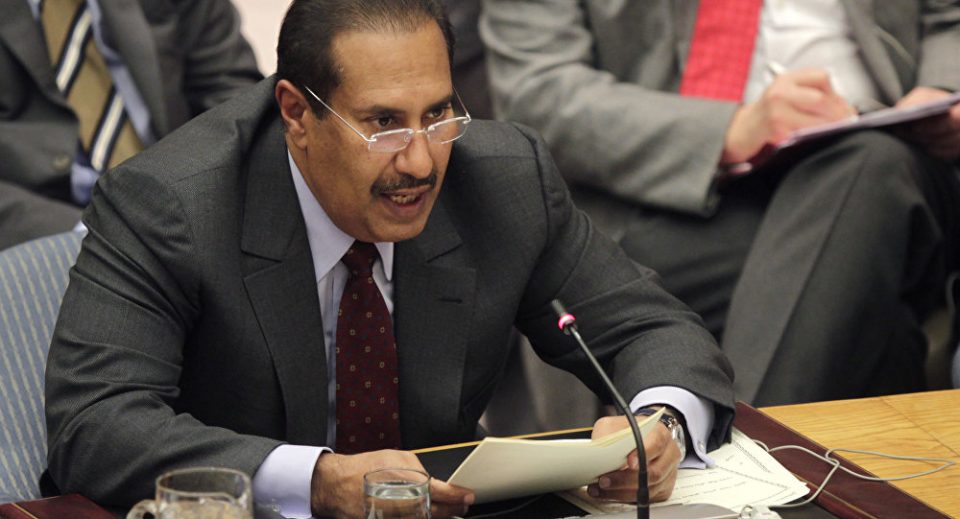 A non-aggression agreement will be signed between Israel the Gulf countries in the near future, former Qatar prime minister said in tweets yesterday.

Sheikh Hamad Bin Jassim wrote: “Today, not the deal of the century has been announced, as those who compiled it call it, I must repeat as I have said previously that I am not against a just peace, and I am not against signing a non-aggression agreement after reaching clear results in the peace process.”

“However, I followed up on the rejection of the deal in the Arab League, although there are Arab countries that promised the American side that they would take a positive position on the deal, but they did not, and justified their actions saying that they were unable to because of the media.

These countries, he explained, make these promises to “get closer to America, even though they know the deal would be stalled by the Arab League”.

The US and Israel, he continued, need this momentum to benefit both Donald Trump and Benjamin Netanyahu’s electoral hopes in their upcoming elections.

He explained that “the Arab side follows a policy based on short-term tactics, while the Israeli side places its policies on long-term strategic foundations.”