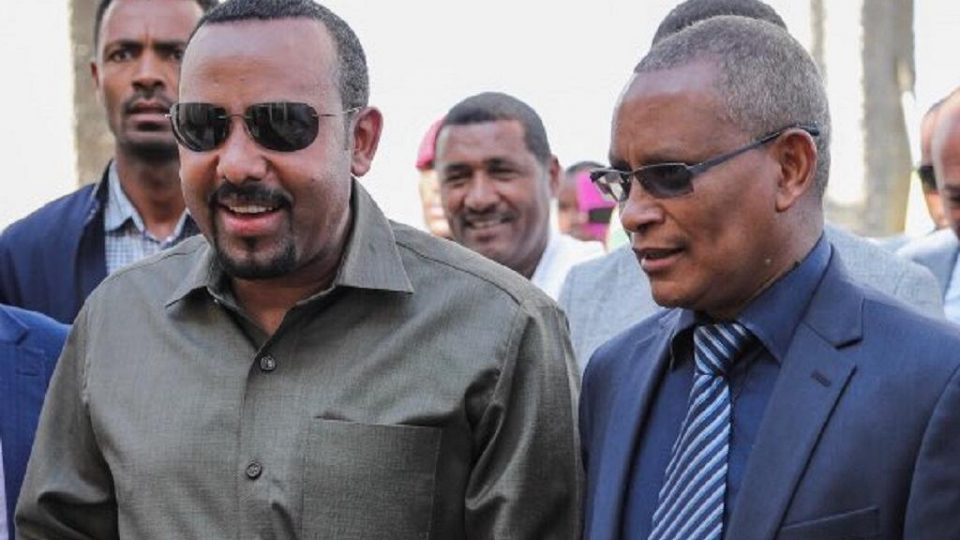 Tigray regional state has all but rejected the regional parliament’s mandate extension granted by the House of Federation earlier this week.

The regional council has subsequently announced today that it planned to go ahead with regional elections, Getachew Reda, Executive Member of the governing Tigray Peoples Liberation Front, confirmed to privately-owned Addis Standard portal.

The council’s decision this morning followed earlier decision both by TPLF’s Executive Committee (EC), and its Central Committee (CC) to hold the election, the portal further reported. The exact role of the elections body in the process has yet to be known.

The council also extended regional COVID-19 State of Emergency by two-and-half months. This is despite there being a similar federal virus containment measure with a five-month duration starting April 10.

The details of the regional election indicate that it will be held before September 11 or latest before the end of the Ethiopian year. Mandates from 2015 polls expire in October but polls were delayed due to the coronavirus outbreak.

TPLF leadership have repeatedly insisted that irrespective of federal directives, it was going ahead with polls in what analysts say could signal a confrontation with the federal government led by PM Abiy Ahmed.

A number of opposition parties in Oromia and Somali regions have denounced the manner and scope of the mandate extension. A key pro-democracy activist turned politician Jawar Mohammed said the government was exploiting the virus outbreak to extend its stay in power indefinitely.

Ethiopia’s upper parliamentary chamber, House of Federation (HoF), has approved an extension to the mandate of the current parliament as well as regional parliaments and councils.

“The House of Federation has approved a decision to extend the term of all assemblies until international health institutions have deemed the threat from coronavirus to be over,” the Ethiopian News Agency reported.

The HOF during a session approved the Council of Constitutional Inquiry’s (CCI) recommendations submitted to the Constitutional Interpretation and Identity sub-committee in late May this year. The approval has 114 members voting in favour, four voted against with one abstention.

The move lays to rest the question of what happens to the mandate of the current parliament which expires in October this year. Elections meant to reconstitute a new parliament have been postponed due to the COVID-19 pandemic. The general elections were originally to take place on August 29.

The CCI’s recommendations included that terms of office of the House of Peoples Representatives, HoPR, the HoF, state councils and the executive at federal and state levels be extended for as long as COVID-19 pandemic continues to be a threat to public health, and a current State of Emergency (SOE) remained in place.

It also argued for elections to be held within a year after the relevant authorities declare that COVID-19 pandemic is no longer a threat to public health.

Reacting to the resignation of its speaker Keria Ibrahim as the house met to decide on the recommendations, deputy speaker, Mohammed Rashid, said the resignation had no effect on the working procedures of the HoF.

Mohammed further chided Keria for the manner in which she announced her resignation. He bemoaned her decision to publicize the resignation instead of submitting it through the appropriate channel.

Opposition voices and risk of escalation

Some opposition leaders have called for a caretaker or transitional government to guide the country to elections, a suggestion Abiy dismissed as unworkable during a question-and-answer session on Monday with lawmakers.

Dawud Ibsa, chairman of the opposition Oromo Liberation Front, told AFP Wednesday that the House of Federation vote “does not have any constitutional basis”. He said his party would meet soon to figure out how to respond.

If major opposition parties reject the recommendations from the Council of Constitutional Inquiry, “protests or election boycotts could become a reality, reducing the chances of successful competitive polls in 2021,” said William Davison of the International Crisis Group (ICG), a conflict-prevention organisation.

“That would mean more political instability and undermine the planned democratic transition,” he said.

Ethiopian Prime Minister Abiy Ahmed on Monday rejected the idea of forming a transitional government when his term of office expires in October, brushing aside fears of a constitutional crisis.

The August election was viewed by many observers as test for Abiy Ahmed since coming to office in April 2018. But the election commission announced at the end of March that the coronavirus outbreak has made it impossible to organise the poll as planned.

Answering questions in parliament, the prime minister noted the formation of a interim government would be unconstitutional.

He also reiterated the willingness of his Prosperity Party to contest the election adding he is not afraid of elections.

Abiy Ahmed recently accused the opposition of seeking to exploit the uncertainty created by the pandemic in order to claim more power.

But opposition parties have accused the prime minister of taking advantage of the coronavirus pandemic to stay in power.

On Monday the Speaker of the upper house of parliament, Keria Ibrahim resigned in protest, saying she is not going to work with a group that “violates the constitution and practices dictatorship.”