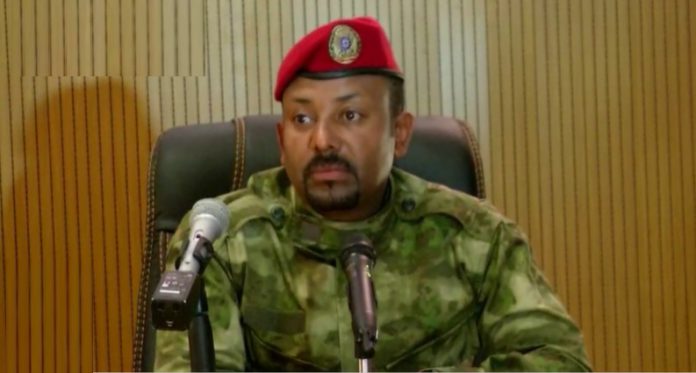 Abiy Ahmed made the trip a day ahead of the resumption of civil services and business activities as announced Saturday by the Interim Administration for Tigray Regional State.

The prime minister held discussions with army generals who led a successful law enforcement operation launched by his government in November after the defiant forces of the Tigray People’s Liberation Front (TPLF) stormed the army’s northern command stationed in Tigray.

The TPLF leadership and commanders of their fighters are now being hunted down and will face criminal charges, including high treason.

According to the state-owned Ethiopian News Agency, Abiy affirmed his government’s commitment to the reconstruction of Tigray and continued supply of humanitarian aid to people in the region.

The operation was conducted from Nov. 4-28 until the regional capital fell to the federal army.

Rumors are widely circulating on social media that most of the TPLF’s leaders were either apprehended or neutralized, but there has been no official confirmation.

The only confirmation made by the government so far is that former speaker of the House of the Federation Keriya Ibrahim surrendered while former Ambassador of Ethiopia to China Adisalem Balema, who held a high post with the TPLF, was captured.