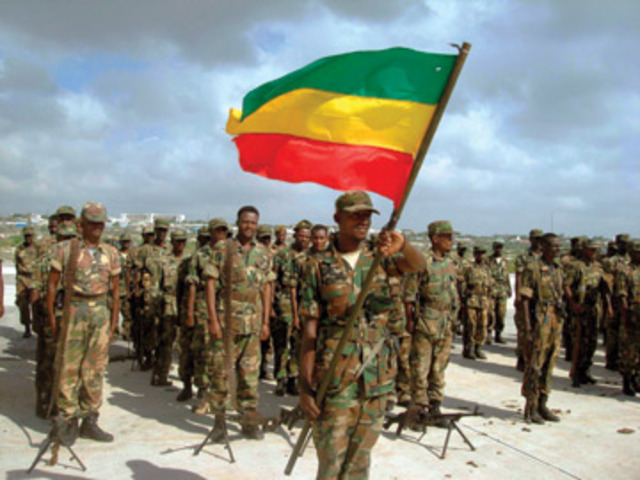 Ethiopia pulled back thousands of troops who’ve been helping Somalia’s government fight an Islamist insurgency, according to three people familiar with the matter, raising concerns of a security vacuum in the war-torn nation.

Ethiopia is redeploying about 3,000 troops to help with the Tigray offensive, the people said, asking not to be identified because they’re not authorized to speak to the media. The troops being withdrawn are Ethiopian National Defence Force soldiers and don’t fall under the command of the 5,000-strong African Union peacekeeping force in Somalia, they said.

A spokesman for the Office of the Special Representative of the Chairperson of the African Union Commission for Somalia referred all questions to Ethiopian authorities. Redwan Hussein, state foreign minister and spokesperson for the Emergency Task Force in charge of the conflict, did not respond to questions on Ethiopia’s bilateral troops with Somalia.

Al-Qaeda-linked militants have waged an insurgency in Somalia since 2006 in a bid to impose their version of Islamic law. The group continues to carry out suicide bombings and other attacks in the Horn of Africa country despite being the target of frequent U.S. drone strikes, and the Somali government retains a weak grip on power.

The U.S. has 650 to 800 troops in Somalia, according to the U.S. Africa Command, including special forces that are helping taring Somalia army forces’