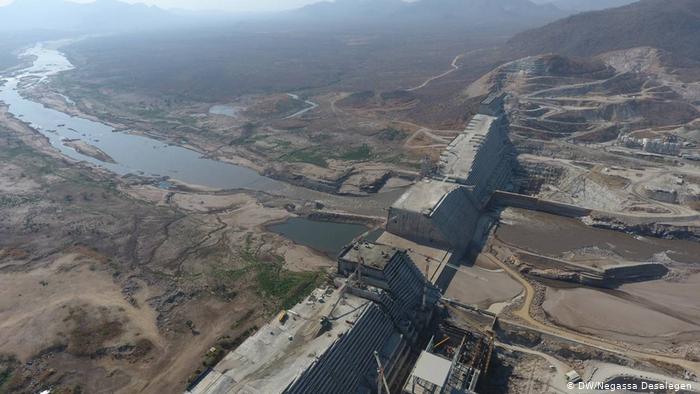 Egypt, Sudan and Ethiopia have agreed that Ethiopia will delay filling its dam on the Blue Nile until talks are held to resolve differences. But Ethiopia says it still wants to fill the dam within the next two weeks.

Ethiopia said on Saturday it wanted to go ahead with filling a hydroelectric dam on the Blue Nile within the next two weeks, just hours after the leaders of Egypt, Sudan and Ethiopia announced a delay to allow talks on unresolved issues.

“It is in this period that the three countries have agreed to reach a final agreement on a few pending matters,” said a statement from the office of Ethiopian Prime Minister Abiy Ahmed.

On Friday, all three countries announced that the filling of the dam would be delayed until they reached an accord on water-sharing.

The announcement came as a minor reprieve after weeks of escalating tensions between Ethiopia, which had previously pushed to start filling its multi-billion-dollar Grand Ethiopian Renaissance Dam in July, and downstream countries Egypt and Sudan.

Both the latter countries had appealed to the UN Security Council last week to intervene in the decades-long dispute.

“A legally binding final agreement for all parties stressing the prevention of any unilateral moves, including the filling of the dam, will be sent in a letter to the UN Security Council to consider it in its session discussing the Renaissance Dam issue next Monday,” the office of Egyptian President Abdel-Fattah el-Sissi said on Friday.

Sudanese Prime Minister Abdalla Hamdok also issued a statement saying, that “it has been agreed upon that the dam filling will be delayed until an agreement is reached.” His office said that technical committees for all three countries would start negotiations with the aim of reaching a deal within two weeks.

The statements from the two leaders announcing the breakthrough came after an emergency virtual summit of the African Union, chaired by South African President Cyril Ramaphosa.

Ethiopia has previously been vocal about its intentions of filling the dam, which it says is critical to its electrification and development needs. It says the $4 billion (€4.57 billion) hydropower project will have an installed capacity of 6,450 megawatts and will help bring millions out of poverty.

Egypt, on the other hand, relies on the Nile for 97% of its freshwater needs. It says the dam could cut its water supply and have a devastating impact on its population. Sudan, too, depends on the Nile for water and has played a key role in bringing the two sides together.

Both Egypt and Ethiopia have hinted at taking military action to protect their interests, raising fears of open conflict.

How hepatitis became a hidden epidemic in Africa