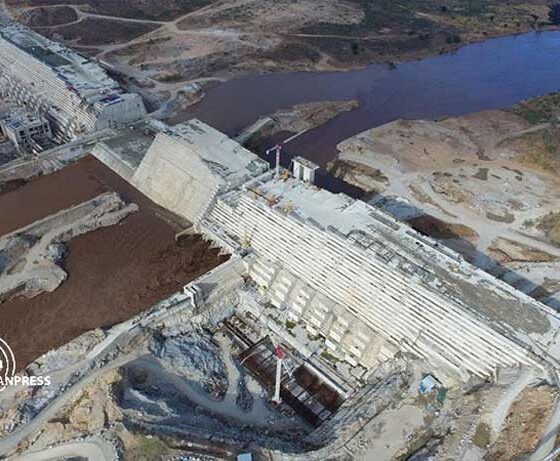 Ethiopia has stressed the need to bolster the role of observers and experts in the years-long stalled negotiations on the controversial mega-dam it is building on the Blue Nile.

Egypt and Sudan are calling for a legally binding agreement on the Grand Ethiopian Renaissance Dam’s (GERD) filling and operation to guarantee their water rights, while Ethiopia refuses to commit to any agreement that limits its capability to develop its resources.

Ethiopian State Minister of Foreign Affairs Redwan Hussein said Friday that the practical way to overcome the dispute over the GERD is to continue and end the trilateral talks between Cairo, Khartoum and Addis Ababa.

According to the Ethiopian News Agency (ENA), Hussein called for bolstering the role of observers and experts to assist the current African Union chair – the Democratic Republic of Congo – to push forward the GERD talks.

He made his remarks during a meeting with ambassadors of the AU Peace and Security Council (PSC) and Latin American countries in Ethiopia.

The latest round of talks between Egypt, Sudan and Ethiopia in Kinshasa ended in early April with no progress made.

Ethiopia is pinning its hopes of economic development and power generation on the GERD, which Egypt fears will imperil its supply from the Nile. Sudan is also concerned about the impact on its own water flows.

Egypt’s Foreign Ministry stressed on Thursday Cairo’s readiness to exert the necessary effort to make the negotiations a success.

Ethiopia’s Prime Minister Abiy Ahmed had previously announced that the second filling of the dam reservoir will go ahead as scheduled in the next rainy season in July/August.

Sudan’s Irrigation Minister Yasser Abbas urged parties on Thursday to reach a legally binding agreement to exchange daily information on means of operating the dam to ensure that no party is harmed.