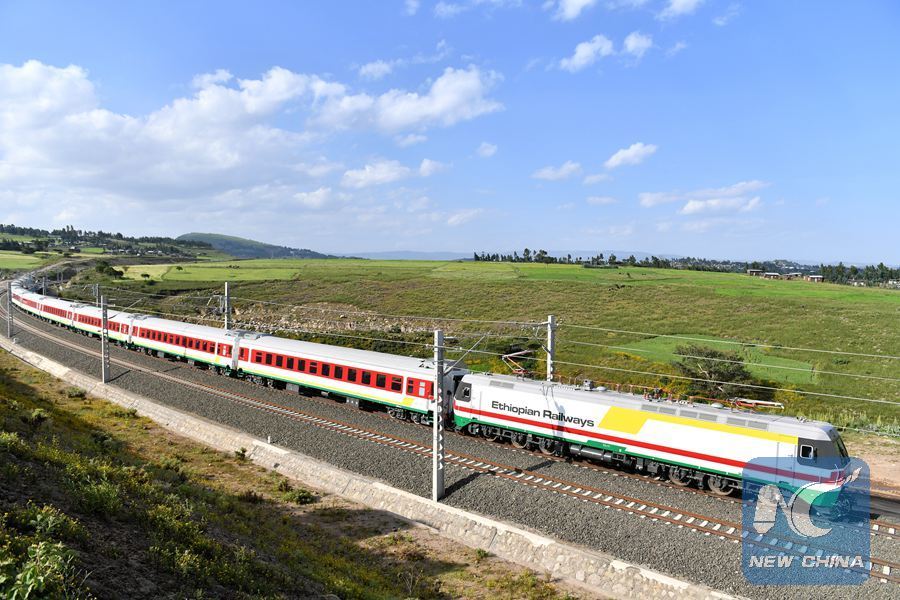 With the additional freight trains, the Railway will be able to generate 100 million dollars in revenues a year. Its operating cost currently stands at 70 million dollars a year while generating only a little over half of the expenses.

In 2018, the company transported 128,722 passengers and generated 1.7 million dollars from this service. The following year, the number of passengers fell to 84,073 and the revenues surpassed 1.2 million dollars.

The number of passengers has declined due to conflicts and security issues between the border of Oromia and Somali regional states that involved road blockades, according to Christopher Kang, from the Ethio-Djibouti Gauge Railway.

The company has also been operating with multiple challenges, according to the general manager, who mentioned that unsustainable electric power and water supplies, train collisions with animals, theft on railway facilities and attacks on the trains are the major challenges limiting the company from meeting its goals.

Last week, the company held the “Development Strategy & Freight Service Introduction Conference” at its station located in Lebu in the presence of Dagmawit Moges, minister of Transport, Tan Jian, Chinese Ambassador to Ethiopia, Brook Taye (PhD), a senior advisor at the Ministry of Finance, and Elsabeth Getahun, president of the Ethiopian Freight Forwarders & Shipping Agents Association.

During the conference, Ambassador Tan Jian, who will soon complete his mission, requested that the government allow the company to engage in door-to-door delivery of the items it transports. He also called on the government of Ethiopia to accelerate the construction of oil transport facilities and make payments to Chinese companies that are overdue.

The construction of the HDTL Rail Link in Djibouti, which will enable the transport of fuel by train on the main Ethiopia-Djibouti Railway line as trunk lines to the Horizon Djibouti Terminal (HDT), is set to commence soon. It is expected to have two to three pairs of oil trains a day and transport 30,000 cubic metres of oil a day.

Officially inaugurated in October 2017, the railway line was constructed for 4.2 billion dollars, of which 70pc was secured from Export-Import Bank of China. China Railway Engineering Corporation (CREC) and China Civil Engineering Construction Corporation (CCECC), which have constructed the rail, are managing the railway, which is contracted for six years with an annual management fee of 60 million dollars.

The electrified standard metre gauge railway, 753Km in length, extends from Sebeta to the Port of Djibouti. Except for 100Km, the rail line is within Ethiopia’s borders. The 100Km rail in Djibouti extends to Doraleh Multipurpose Port and the Doraleh Container & Oil Terminal.

It launched commercial operations in 2018 and currently has 1,934 employees, 888 trainees and 34 Chinese drivers. The company plans to push the number of freight train pairs to 20.

During the conference Dagmawit Moges, minister of Transport, said that her office will work with the Ethiopian Customs Commission to make sure the logistics and the customs clearance is facilitated efficiently and to make the import of raw materials and export of commodities seamless.

The company aims to cover 40pc of the country’s freight transportation service and provide a 30pc price discount compared to the heavy vehicles, according to Tilahun Sarka, director-general of Ethio-Djibouti Railway.

But he recommends the management of the company invest in human resources, technologies and machines such as loading and unloading equipment to deliver efficient service.