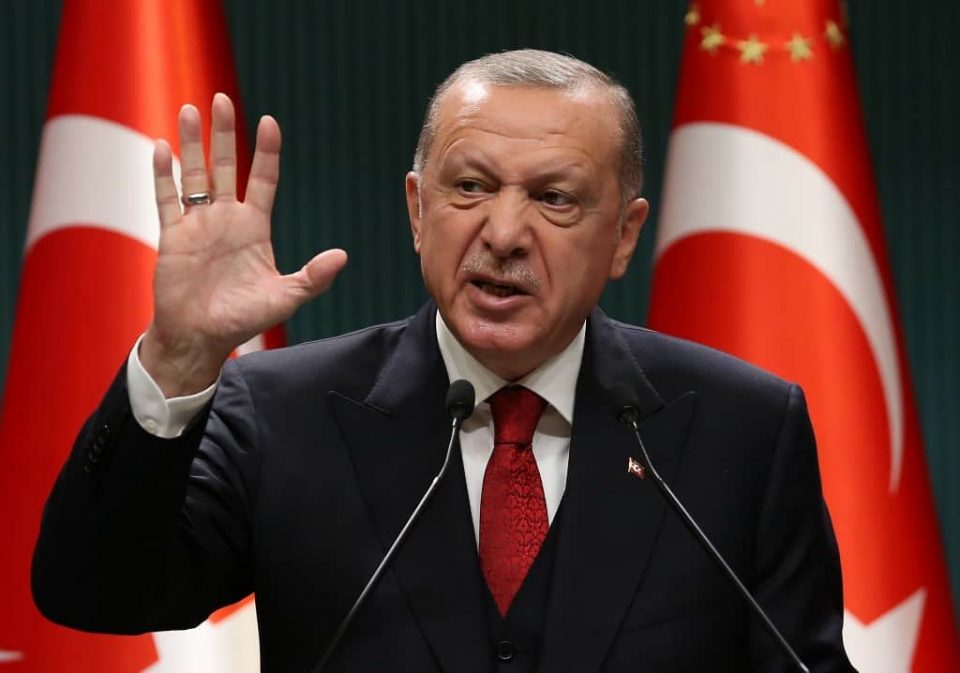 President of Turkey, Recep Tayyip Erdogan gestures as he gives a press conference after the cabinet meeting at the Presidential Complex in Ankara, Turkey, on September 21, 2020. (Photo by Adem ALTAN / AFP)

“What can be said to a head of state that treats millions of members of a religious minority in his country this way? First of all, (he needs) a mental check,” Erdoğan added, without sensing the irony of his continuous policy of converting Greek Orthodox Churches in Turkey into mosques.

Radical Islam has become an increasing problem in France with terrorist attacks increasing in volume, especially after the 2015 migrant crisis.

Shortly after the murder, French President Emmanuel Macron announced his country would dissolve the Cheikh Yassin Collective, a pro-Hamas group, following a video released by its founder that insulted the history teacher.

“Up until recently, France has been reluctant to deal with the problem. Even more so, every time there was a terror attack, they were afraid to articulate the words: ‘Islamic terror’, preferring to phrase it differently.”

“The feeling of discrimination created a fertile ground for Muslim radicalism because youths frustrated with their lack of integration first started seeking the company of each other and then they started attending Islamic centres and mosques that have been offering them quite a different solution to their problems,” said the former diplomat.

In a bid to purge radical Islam from France, Muslim Brotherhood associated mosques have been shut down, the likely source of the Turkish President’s wrath as he is one of the main backers of the extremist group.

Erdoğan did not only leave his hate-filled rhetoric against Macron, but also took aim against his German allies and accused them “fascism” because of the police raid on a Berlin mosque.

“European fascism reaches a new level with such attacks on their own citizens,” he said.