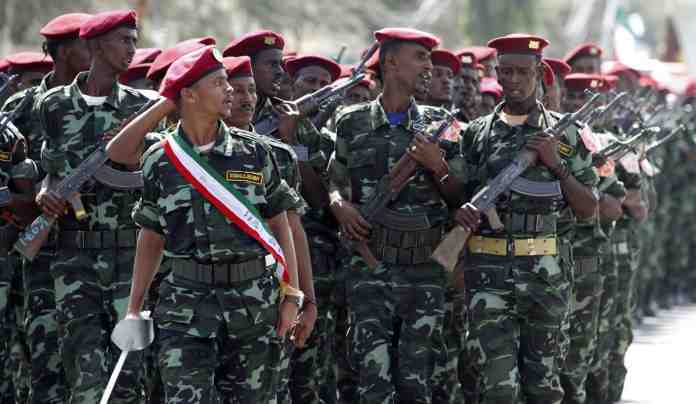 The joint training conducted by the Djiboutian armed forces training command at Biyas Base incorporated fifteen Somaliland presidential guards selected specifically for purposes of acquiring the new skills and subsequently induction of their colleagues back home.

The big Djiboutian armed forces contingent at the graduation ceremony were led by that country’s commander of the presidential guards Colonel Mohamed Jama Duale assisted by the commandant Biyas military training base Colonel Abdiwassa Mohamed.

The Djiboutian military officers who congratulated trainees from the Hargeisa based presidential guards said that the diligence observed during the 2 months of their sojourn in Djibouti was exemplary of soldiers tasked with the protection and securing of heads of states internationally.

This is the first fir the neghbouting country to provide such training to any branch of the Somaliland security forces.