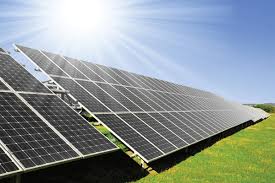 The construction of the Grand Bara solar power plant has been green-lighted by the government of the Republic of Djibouti, following the adoption of a preliminary assessment of the project.

Located at the Grand Bara region, of the East African country situated at the horn of the continent, the project will be developed, built and operated by a French energy company called Engie, on a public-private partnership (PPP) basis, following a framework agreement signed with the government of Djibouti, through the country’s electricity utility Électricité de Djibouti (EDD) mid last year.

The capacity of the project

Upon completion, this phase which is a part of a much larger project to construct a 300 MW solar complex, will have the capacity to generate about 30MW of electricity that will be fed into the national grid.

With the entire project, the government of Djibouti aims to increase the country’s power supply in order to meet its electricity demand and reduce its electricity imports, particularly from the neighboring republic of Ethiopia that currently supplies 80% of the electrify used in Djibouti.

The project, according to Djibouti’s President Ismail Omar Guelleh, is also in line with the country’s sustainable and social development objective to consume electricity that is 100% produced from renewable primary energy sources in the coming years.