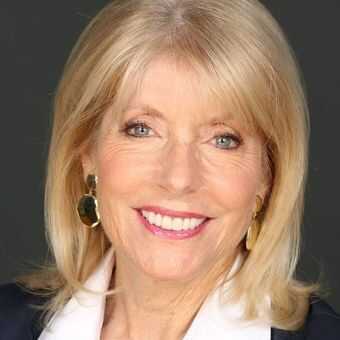 White House launches renewed effort to pin the blame for the pandemic on China and combat Chinese claims that the virus originated in the U.S.; chief White House correspondent John Roberts reports.

How do we avenge the deaths of hundreds of thousands of innocent people?

That is the question facing President Trump as the world learns that China’s leaders lied about the coronavirus that originated in Wuhan. People everywhere will demand that Beijing pay a price for the enormous loss of life and the incalculable damage done to economies around the globe.

An intelligence report from the “Five Eyes” alliance of Western nations reports that China intentionally misled the world about COVID-19.

The dossier, leaked by a newspaper in Australia, indicates that Beijing suppressed evidence that COVID-19 was transmitted between humans, silenced whistleblower doctors alarmed at the spread of the disease, censored news about the outbreak on social media and perhaps worst of all, destroyed samples of the virus which could have helped develop an earlier therapy or vaccine.

The report calls Beijing’s behavior an “assault on international transparency”; some might call it murder.

We must retaliate by hitting Beijing where it hurts that despotic regime worst: by undermining its propaganda campaigns and by crushing its illicit pathways to growth. The good news is that the Trump administration has already paved the way on both those fronts.

Unlike prior administrations, the Trump White House has not been afraid to call out China for its worst behavior. President Obama kowtowed to Beijing to get their support for the Paris Climate Accord, demanding almost no concessions from the worst polluter on earth just to get their signature on a deal that would have undermined U.S. growth. He also wanted their support for the flawed Iran nuke deal, which did zero to rein in Tehran’s terror blitz in the Middle East.

Those ambitions took precedence; Obama was not about to rock the boat, even as Beijing lied to him about their military ambitions in the South China Sea, as they hacked into our Office of Personnel Management to steal the records of 22 million Americans, and so much more.

Obama chose not to confront Beijing on unfair trade practices, even as millions of middle-class jobs in the U.S. evaporated.

Through our new measures, we must demonstrate that the United States can be trusted, and China cannot.

President Trump was elected in part to push back against China, and that he has done, at great risk to our economy and to his own reelection prospects. Against all odds, his team managed to ink a trade deal that would begin to right some of the wrongs, resetting uneven tariffs while also reducing the cheating by state-owned firms and the theft of American know-how.

That effort opened the door to a more honest relationship with China. COVID-19 blew the door off its hinges.

Through our new measures, we must demonstrate that the United States can be trusted, and China cannot. That rules out defaulting on our debt, which some have suggested. It also rules out more tariffs. The White House has claimed those taxes on imports were necessary to reset the trade rules for U.S. producers; that’s how they should be used, not as punishment.

Instead, we first need to bring critical manufacturing back to the U.S. We should, for instance, restore the tax benefits that helped create a major pharmaceutical hub in Puerto Rico. Rebuilding that industry would be good for struggling Puerto Rico and good for the U.S. It is unconscionable that we rely on China for a large portion of our drugs and medical supplies.

But, using tax incentives or regulatory relief – whatever it takes — other industries should also be encouraged to move out of China, to diversify their sourcing or, better yet, relocate to the U.S. We have learned recently that far too many critical supply chains wind through China; we need to investigate and protect against those vulnerabilities.

Second, we need to strictly limit access to our universities and labs by Chinese students and scientists. In January, the Department of Justice arrested Charles Lieber, Chair of Harvard University’s Chemistry and Chemical Biology Department. DOJ alleges that Lieber lied about his longtime participation in China’s “Thousand Talents” program and failed to disclose millions of dollars he received from the Wuhan University of Technology. During the same period, Lieber received $15 million in grants from the Department of Defense and National Institutes of Health.

Two Chinese nationals who worked with Lieber were also charged, one with acting as an agent for a foreign government and the other for attempting to smuggle vials of biological research out of the U.S.