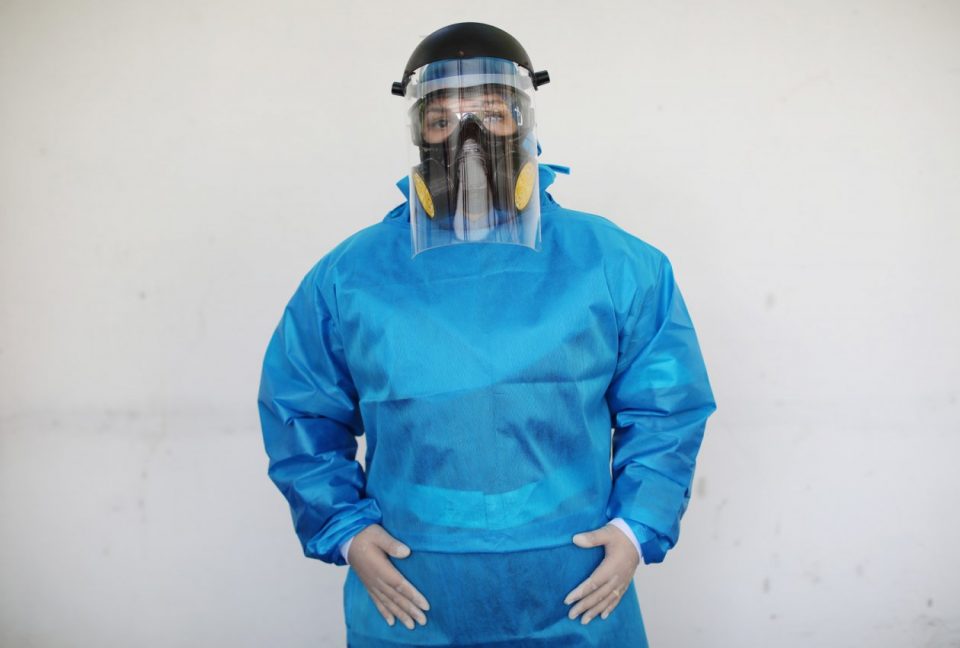 The coronavirus is showing the world that Beijing isn’t just seeking to avoid accountability, it is seeking to change the rules.

The coronavirus pandemic has again crystallized the critical connection between human rights, accountability and public health. China’s ruthless suppression of free speech and its lack of transparency gave the disease wings to fly around the world.

Unfortunately, the World Health Organization (WHO) and UN human rights officials turned a blind eye to China’s suppression of vital information and its censorship of whistleblowers. The coronavirus has clarified the extent to which China’s rights-violating regime influences international organizations and impacts the world.

American citizens and those in other free countries insist on fundamental human-rights, transparency and accountability. These are, after all, elements essential to a functioning democracy. Laws that protect a robust civil society from being fettered by the government serve the public interest by protecting whistleblowers, holding parties accountable, and giving victims access to justice.

A framework of freedom creates multiple, independent channels of data and prevents government monopolies of information. In a health crisis, workers in private and public hospitals and clinics, citizens and journalists can bring critical facts to the public’s attention through formal and informal networks, the media and social media. Watchdogs in civil society and other branches of government scrutinize the responses of authorities. And finally, litigators can go to court on behalf of victims.

Public conflict resolution in democracies can look messy but it offers hope for justice. In America, medical professionals, patients and journalists have investigated everything from polluted water to fentanyl-laced prescription drugs to asbestos-laden talcum powder. And they are on the frontlines of treating, studying, and critiquing responses to infectious diseases.

Because liberty is in America’s DNA, the expectations of its citizens shape not only its domestic response to the coronavirus but its international response, too. Those citizens expect local, state, and federal government to be accountable to their demands. And many Americans also expect the Trump administration and the UN to hold China accountable for respecting international health standards and universal human rights.

But, in authoritarian one-party states like China, the state holds a monopoly on information, silences whistleblowers, and denies access to justice. Citizens face almost certain punishment for protesting and are rarely able to hold the state accountable. The Chinese Communist Party’s (CCP) censorship has repeatedly undermined the people’s ability to protect public health through sharing information with each other. As Heritage Senior Policy Analyst Olivia Enos writes, Chinese law makes it “illegal for any entity other than the Ministry of Health to break the news about a health-related issue…actually classifying such information as a state secret.”

Accustomed to acting with impunity at home, it is no surprise that Chinese diplomacy is aimed at deflecting international scrutiny. But the coronavirus is showing the world that China isn’t just seeking to avoid accountability, it is seeking to change the rules.

It takes a lot of horror to embolden protest in China. Yet the CCP’s mismanagement of past disasters has sometimes been so egregious as to lead aggrieved citizens to take to the streets. The regime’s handling of the 2003 SARS outbreak and the 2008 Wenchuan earthquake rose to that level, although the resulting protests were limited and easily stifled. But another CCP misadventure gave the world a particularly tragic demonstration of how Beijing’s suppression of rights could create serious health risks that would spread beyond China’s borders.

In 2005, a television station aired dairy worker Jiang Weisuo’s concerns about his company adding unauthorized substances to its infant milk formula. Chinese food safety officials said they could not find evidence of wrongdoing but three years later a urologist in a pediatric hospital flagged the unusual appearance of kidney stones in children.

That same month, July 2008, a journalist at China’s Southern Weekend newspaper reported that infants had been sickened by baby formula. That report was promptly suppressed by authorities, due to the Beijing Olympics which were to be held in August.

The weekly’s editor, Fu, later confessed that the CCP had ordered the media to report only positive news and declared the topic of food safety to be off-limits. “We couldn’t do any investigation on an issue like this, at that time, because of the need to be ‘harmonious,’” Fu wrote.
Report Advertisement

By the time another Chinese reporter broke the news about the dangerous product on September 11, an estimated three hundred thousand babies had been sickened and fifty-four thousand had been hospitalized. Six ultimately died.

Zhao Lianhai, a journalist whose own son was sickened, began publicly questioning the safety of the widely distributed Sanlu milk formula. He organized other angry parents through a website called “Kidney Stone Babies” but official retribution was swift. He was detained and ultimately sentenced to two and a half years in prison on charges of “disturbing social order,” “gathering illegally,” holding up signs and speaking to reporters.
Report Advertisement

Other parents were detained to prevent them from holding a press conference, and some were sent to labor camps. Authorities harassed their lawyers, threatening them with professional discipline, and ordered courts not to hear cases from the parents. Ultimately, the CCP’s censorship of dissent stifled the protests.

This is standard operating procedure for a totalitarian regime. It’s captured well in the Chinese adage: “Kill the chicken to scare the monkey.” By severely punishing small actors—a few journalists, some parents and their advocates—the government intimidated the masses, preventing additional criticism and protests.
Report Advertisement

Through this repressive behavior, the Party managed to avoid domestic accountability for its role in the tragedy, even though its interference had kept parents from receiving life-saving information from whistleblowers. “I felt very guilty and frustrated then,” Fu wrote. “The only thing I could do was to call every friend I knew to tell them not to feed their children with Sanlu milk powder.”

Once the baby formula story was out, the world took notice. Some countries also took action. Eleven nations banned the import of Chinese dairy products.

The WHO called the scandal “a large-scale intentional activity to deceive consumers for simple, basic, short-term profits.” But with this denunciation, the WHO followed the lead of the Chinese government. It focused solely on the milk producers’ culpability, without examining Beijing’s interference in suppressing critical information.

Meanwhile, over at the World Trade Organization, Chinese representatives criticized other nations for imposing blanket bans on Chinese food products. And at the time, the UN’s human-rights leadership breathed barely a word about Beijing’s censorship of whistleblowers or its intimidation of human rights defenders and their clients.

Throughout it all, Chinese Premier Wen Jiabao denied any culpability on the part of the CCP, claiming “there wasn’t the slightest cover up.” Rather, he said, “What we are trying to do is to ensure no such event happens in future by punishing those leaders as well as enterprises responsible. None of those companies without professional ethics or social morals will be let off.”

And he was true to his word. The government sentenced dairy company executives to long jail terms, executed two of them, and punished local officials and the head of the Administration of Quality Supervision, Inspection and Quarantine.

But, by quashing freedom inside China—and in the absence of a serious investigation from the UN—the CCP never faced accountability for its role in the tainted formula scandal. Unfortunately, it was no “one-off.” Stories of tainted pet food, tainted eggs, tainted toothpaste, and lead-painted toys emerged both before and after the 2008 scandal. But nothing so clearly revealed the critical connection between freedom of speech, government censorship, and public health as the baby formula scandal did. That is, until the coronavirus.
Sponsored Content

The Fatal Consequences of Information Suppression

An effective international response to any health crisis, particularly an infectious disease, depends on rapid sharing of accurate scientific and medical data and coordination between international organizations and national governments. Whether or not that happens depends, in part, on whether those responsible for information-sharing and coordination are held accountable if they fail to fulfill their duties.

None of these accountability systems exists in China because of its governance system (one-party rule) and because of its rising influence at the UN. The latter has made both WHO and human-rights officials loathe to confront China. For instance, in 2015, China refused to allow language affirming the vital role of civil society in a UN Human Rights Council resolution on public health. This is one example of how China not only seeks to shield itself from criticism but presses for a more statist approach to public health at the expense of civil society and the individual.

In addition to defending its own human-rights abuses against religious and ethnic minorities, political dissidents, and human-rights defenders, China has tried to block investigations into atrocities in Syria, Zimbabwe, Venezuela, and Myanmar. In 2016, it successfully lobbied the UN in Geneva and member-states to move an event with Nobel Laureates, including the Dalai Lama, off-site. In 2017, it enlisted UN security guards to block an accredited Uighur Muslim activist from entering a gathering at the UN headquarters in New York. And it has repeatedly used its position on the UN Economic and Social Council to block the accreditation of NGOs that critique its human-rights violations. This is why the human-rights community was appalled when diplomats on the forty-seven-member UN Human Rights Council recently elected China to the panel that will appoint both the UN Special Rapporteurs on Freedom of Expression and the right to the highest attainable standard of physical and mental health.

Via The National Interest