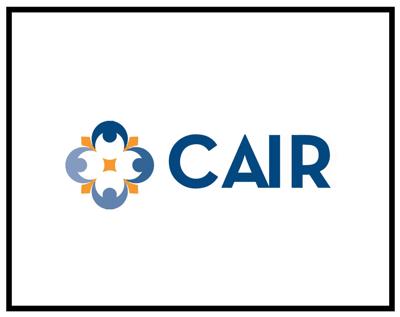 (COLUMBUS, OH – 9/21/2020) – On Tuesday, September 22, the Ohio chapter of the Council on American-Islamic Relations (CAIR-Ohio) will hold a press conference in Dublin, Ohio, to call for an arrest after a Somali-American family was allegedly stalked, threatened and intimidated last week.

WHAT: CAIR-Ohio Press Conference with Somali-American Family Targeted by Stalker

Saido, the victim, will be made available for media interviews.

Saido, a Somali-American woman living in Columbus, Ohio, was driving to her son’s football practice with her three children. While they were at a red light, the driver behind her allegedly began honking aggressively. Saido was alarmed but kept driving. The other driver reportedly followed her and pulled up next to her car. He put a towel around his head, mocking her Islamic head scarf (hijab) while making grotesque faces at her and her children. He allegedly made a “gun” with his hand and mimed shooting her and her children.

Though Saido was shaken, she attempted to continue her life normally. The next day, Saido returned home from the grocery store and asked her son to take the groceries inside. Minutes later, her son ran inside and told her that the driver from the previous day was there. When Saido ran outside, she found the man from the day before. He smirked at her and again allegedly mimed shooting her with his hand.

Saido called the police. They did not arrive in time to catch the man. She filed a report, but no arrest has been made.

“It is deeply alarming that Muslim families are allegedly being stalked and harassed in broad daylight. No one should be able to follow, harass or threaten others based on their faith or ethnicity without facing repercussions. No one is safe while this racist stalker is free.”

A full statement will be made at tomorrow’s press conference.