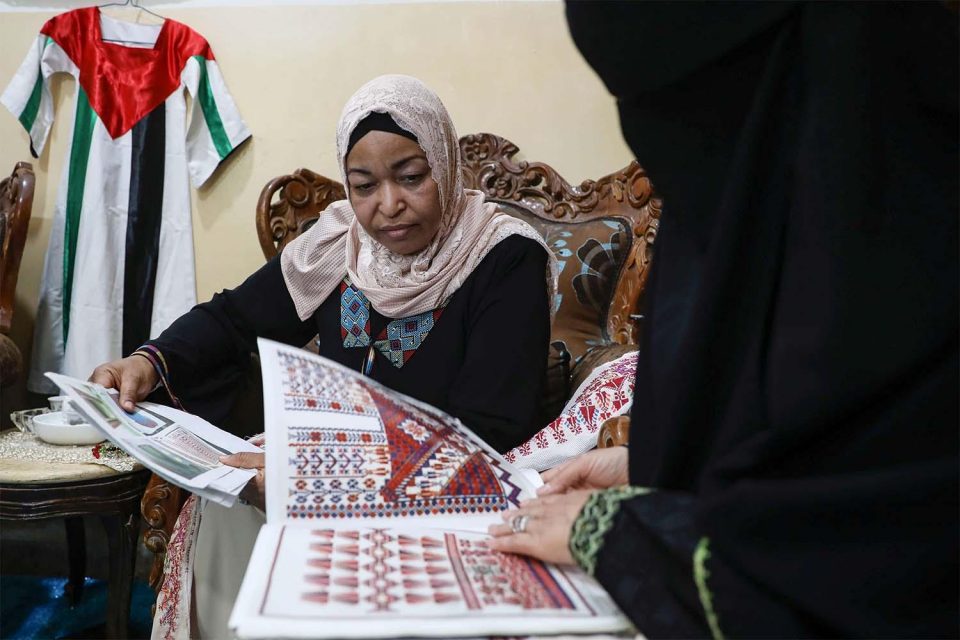 From Egypt to the Palestinian territories, deep-rooted racist views are coming under attack
Black Arabs in Middle East and North Africa fight against racist beauty ideals that favour light skin and straight hair and stereotypes.
Tuesday 23/06/2020

Black Arabs in the Middle East and North Africa, who descend from sub-Saharan Africans, suffer social marginalisation and unequal job prospects, and are often subjected to racist abuse and derogatory portrayals in the media.

Black women, some of whom are African migrants, suffer a double discrimination, activists say.

“The standard of beauty in our society is to be white,” said Khawla Ksiksi, a feminist and anti-racism activist who co-founded the Voices of Black Tunisian Women group.

“Black women are pressured to straighten their hair, get rid of their curls and to whiten their skin in order to be accepted by society and fit in by its standards,” Ksiksi told the Thomson Reuters Foundation.

Emboldened by the global Black Lives Matter movement, she said Black Arab women wanted to highlight the day-to-day racial prejudice and abuse they face in a region where there is widespread denial about the issue.

Somali-Yemeni activist Amna Ali founded the Black Arabs Collective this month, an Instagram platform that aims to raise awareness about race and racism in the region.

“It’s so damaging to brown and Black girls that watch that and think my skin colour is bad and if it’s lighter, it’s better,” she said by phone from Dubai.

A surge of global criticism about whitening creams has forced brands to react, however.

Johnson & Johnson said on Friday it would stop selling its range of such products in Asia and the Middle East.

Nana Arabia, which swiftly replaced the controversial post, said it was “strongly against any form of racism.”

“We promote diversity in all areas and we support women in following their individual dreams,” it said in an emailed comment.

But Ksiksi said the use of blackface makeup showed that Black women “are perceived as not beautiful.”

“(Brands) would rather use the image of a white woman and paint her face.”

Besides racist beauty standards, she said Black Arab women are frequently taunted over stereotypes that they have high sex drives.

In Tunisia, as elsewhere in North Africa and the Middle East, they are also disproportionately poor and suffer worse job prospects as well as increased sexual harassment at the hand of employers, or while out in the street.

“Economically and socially Black women are at the bottom of the pyramid. So if someone harasses a Black woman, he knows she has no connections… and this makes it easier for her to be harassed,” Ksiksi said.

Tunisia became the first Arab country in October 2018 to criminalize racial discrimination, with the first conviction under the law taking place in February 2019.

‘Proud of my colour’

But from Egypt to the Palestinian territories, deep-rooted racist views are coming under attack.

Earlier this month, Egyptian actor and singer Mohamed Ramadan called out a woman who commented on a photo of his son to say it was unfortunate the boy turned out Black like his father instead of inheriting his mother’s lighter skin.

“I’m proud of my color… and I’m happy my children will grow up to be anti-racism,” Ramadan wrote on his Facebook page.

In a viral Instagram video, Palestinian actress Maryam Abu Khaled said she hoped future generations would not endure the anti-Black comments she grew up hearing, such as parents warning their children to avoid the sun so they would not look like her.

For Ali, who was often told she was “pretty for a black girl”, the protests sparked by last month’s killing of Black American George Floyd by a white Minneapolis police officer had triggered some long-overdue soul searching closer to home.

“People are starting to understand that ‘okay, maybe now I should be more socially aware of my anti-Blackness’,” she said.

“This is a huge change from the race conversation completely not existing in the Arab world to people now calling each other out.” (Reporting by Ban Barkawi @banbarkawi; Editing by Helen Popper. Please credit the Thomson Reuters Foundation, the charitable arm of Thomson Reuters, that covers the lives of people around the world who struggle to live freely or fairly.