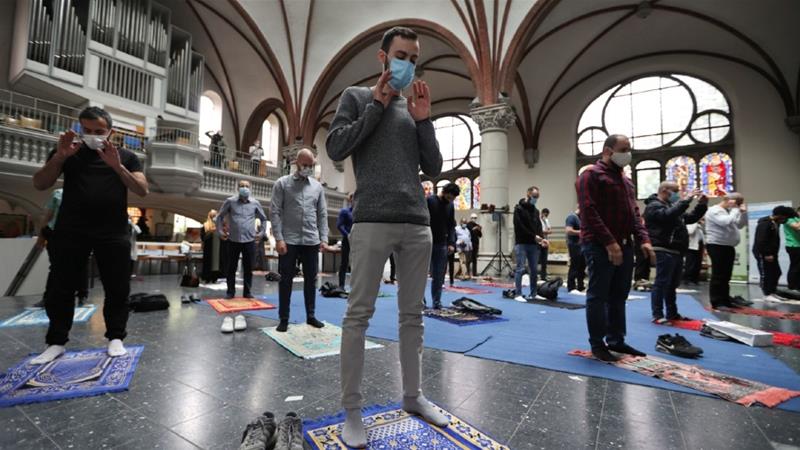 Church steps in to help nearby mosque comply with German physical distancing rules by hosting part of its worshippers.

A church in Germany’s capital, Berlin, has helped a nearby mosque comply with physical distancing guidelines by hosting Friday prayers, in a move hailed as “an amazing sign of solidarity”.

Places of worship reopened in the country earlier this month, but worshippers must maintain a minimum distance from one another of 1.5 metres (five feet).

The Dar Assalam mosque in Berlin’s Neukoelln district, which sees hundreds of Muslims on Fridays, can only accommodate 50 people at a time under the guidelines issued to contain the spread of the coronavirus pandemic.

The nearby Martha Lutheran church stepped in to help, hosting Muslim prayers in Arabic and German.

“These associations happen because of solidarity. The church saw how Muslims were suffering and asked us: ‘Do you need space to pray?’ That is an amazing sign of solidarity in these times,” said Mohamed Taha Sabry, the mosque’s imam.

“This pandemic has made us a community. Crises bring people get together,” said the imam, who led his congregation in prayer watched over by a stained-glass window depicting the Virgin Mary.

Samer Hamdoun, one of the Muslim worshippers, said the church environment took some time to get used to.

“It was a strange feeling because of the musical instruments, the pictures,” said Hamdoun. “But when you look, when you forget the small details, this is the House of God in the end.”

The church’s pastor, Monika Matthias, said she had felt moved by the Muslim call to prayer.

“I took part in the prayer,” she said. “I gave a speech in German. And during prayer, I could only say yes, yes, yes, because we have the same concerns and we want to learn from you. And it is beautiful to feel that way about each other.”

The pastor said the partnership was a community decision “to do the best in times of coronavirus”.

“This has brought us closer. Whether this partnership will go on and how it will go on, that is still open, but I think getting to know each other and what we have experienced together in this time is strengthening for whatever may lie ahead,” she said.

The Islamic Council, an umbrella group of 400 mosques, said in April that many face bankruptcy because the closures stretched into the holy fasting month of Ramadan, usually a vital period for donations. 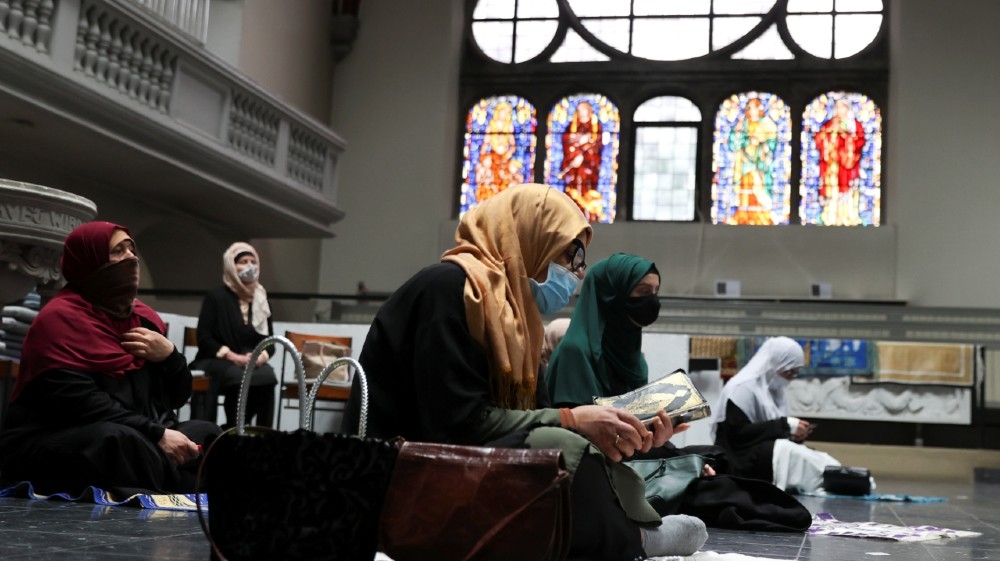 Worshippers must maintain a minimum distance from one another of 1.5 metres (5 feet) [Fabrizio Bensch/Reuters]
Source: Reuters
previous post

How is China Going to Approach the Debt Crisis in Africa?

Decades of searching over, filmmakers work to reintroduce Somali-made epic to the world